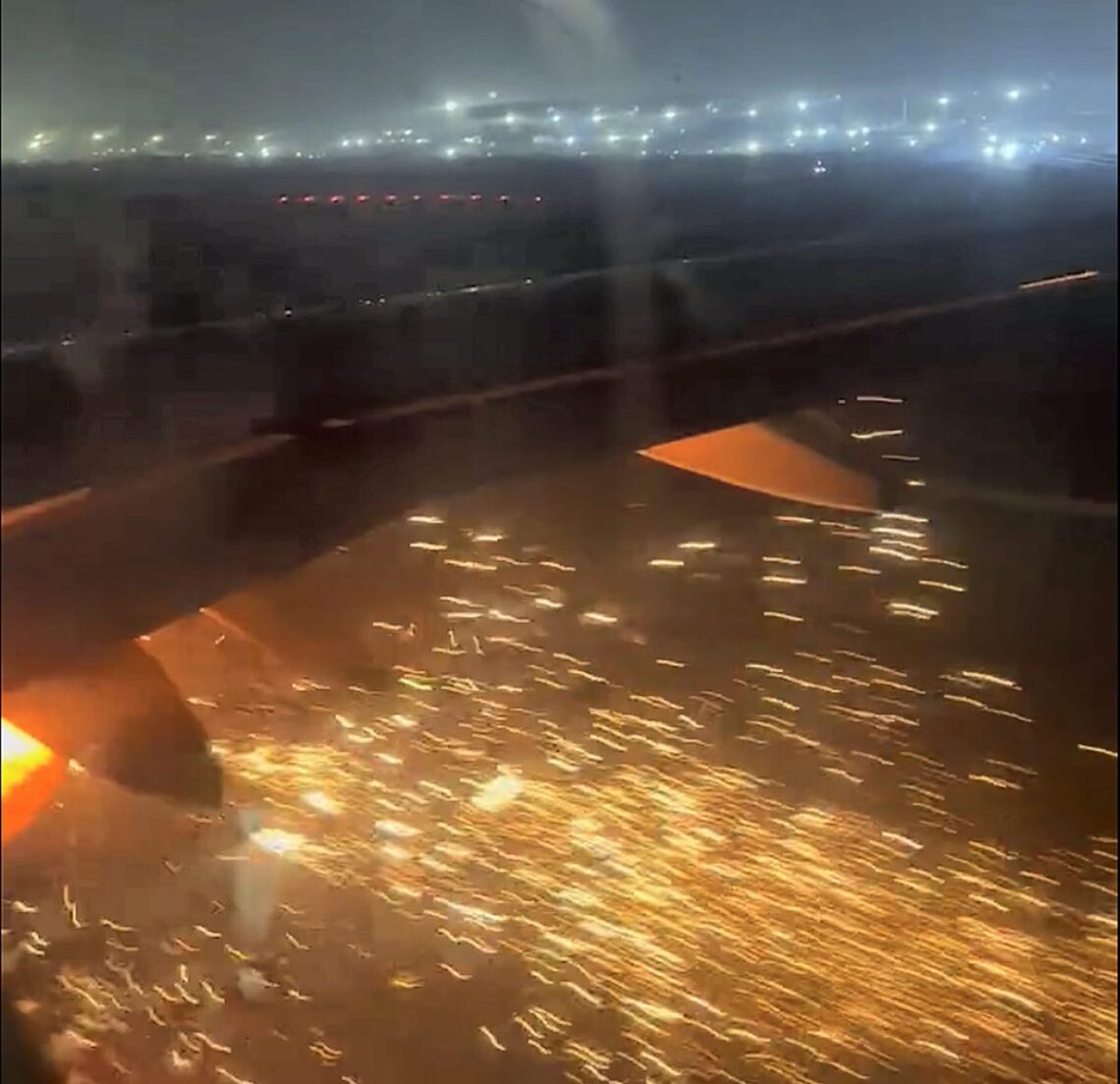 An IndiGo plane made an emergency landing at the Delhi airport on Friday, October 28, 2022, after one of its engines caught fire at the time of taxiing, according to sources. The Bengaluru-bound A320 aircraft, which had 184 people on board, later returned to the bay. The people were safely deboarded, the sources said.

Former Congress President Rahul Gandhi has conveyed to newly elected President Mallikarjun Kharge that he would not interfere in organisational matters, and the latter was free to make decisions independently, party sources have said.

Russian President Vladimir Putin on October 27, 2022 praised India’s foreign policy regarding the crisis in Ukraine and described Prime Minister Narendra Modi as a “great patriot”. The Russian President was addressing the 19th annual meeting of the Valdai Discussion Club on the theme of ‘A Post-Hegemonic World: Justice and Security for Everyone’. “India has come a long way from a British colony to an independent country with which we have special ties. Prime Minister Modi is a great patriot who is able to pursue independent foreign policy,” said the Russian President at the discussion forum which was set up in 2004 as a platform for dialogue on international issues.

The investigation into the explosion of a car in front of the Sangameswarar temple in Coimbatore on October 23 has revealed that the accused conducted multiple recces of three temples on the list of targets before the suspected mastermind and IS-sympathiser, Jameesha Mubin, carried out a possible ‘lone wolf attack’, sources privy to the probe said. [The Tamil Nadu police have maintained that Mubin died following the explosion of an LPG cylinder in the car.]

Ground Zero | In Coimbatore, a bomb on wheels

Two decades after serial explosions claimed 58 lives, Coimbatore turned tense the day before Deepavali when a car blast on a busy street left one man — the main accused — dead. Wilson Thomas and S. Vijay Kumar piece together the details of the investigation of a suspected terror plot

India’s TB incidence for the year 2021 is 210 per 100,000 population – compared to the baseline year of 2015 (incidence was 256 per lakh population in India) and there has been an 18% decline which is 7 percentage points better than the global average of 11%, said the Health Ministry on Friday, while reacting to the World Health Organizataion (WHO) Global TB Report 2022, released on October 27.

Two days after three Swedish nationals were detained in eastern Assam’s Naharkatiya for violating tourist visa norms, the Assam Police on Friday detained seven Germans on similar charges. The Germans and an Indian companion identified as Mukut Borda from Jharkhand were detained from a resort near Kaziranga National Park.

In poll-bound HP, announcement on Hattis leads to resentment among SCs, Gujjars in Sirmaur

In poll-bound Himachal Pradesh, the recent announcement by the Centre to bring the Hatti community under the Scheduled Tribes list in Sirmaur district is spreading resentment among some sections. The only ST community in the district – Gujjars – and Scheduled Caste groups have voiced concerns over the move.

Even as RSS-supported organisations such as the Bharatiya Kisan Sangh and the Swadeshi Jagaran Manch opposed the Genetic Engineering Appraisal Committee (GEAC)’s green signal to commercially cultivate genetically modified mustard, Left wing farmers’ organisation All India Kisan Sabha (AIKS) welcomed the development. AIKS general secretary Hannan Mollah, however, said the control of the technology should remain with the governments and the public sector and extensive testing of the hybrid seed must be done by the Indian Council of Agriculture Research (ICAR).

Congratulating billionaire Elon Musk for his acquisition of Twitter, former Congress chief Rahul Gandhi on Friday said he hoped that the social media platform would act against hate speech, undertake robust fact check and not stifle the Opposition in India.

Social media users will now have the option to appeal against the grievance redressal process of the platforms such as Twitter, Facebook and YouTube, before an appellate panel formed by the government, with the Centre notifying the amendments to the IT intermediary rules on October 28.

Samajwadi Party leader and 10-time MLA from Rampur Sadar, Azam Khan, was on Friday disqualified as a member of Uttar Pradesh Legislative Assembly after his conviction by an MP-MLA court in a 2019 hate speech case.

Pitching Visakhapatnam (Vizag) as an administrative capital is a practical and pragmatic decision, says Andhra Pradesh Chief Minister Y.S. Jagan Mohan Reddy. Commenting on the welfare schemes, he says it is a comprehensive package aimed at development of human resources, be it farmers, women or children.

The U.S. is imposing financial penalties on an Iranian-based organization that raised money to target British-American author Salman Rushdie, who was violently attacked in August at a literary event.

Elon Musk became Twitter Inc.’s owner on Thursday, firing top executives and providing little clarity over how he will achieve the lofty ambitions he has outlined for the influential social media platform.

Being in top physical form helped Spanish football player Pablo Marí avoid life-threatening injuries in a knife attack at an Italian shopping center, the surgeon who operated on his wounded back said Friday. “The surgery was a relatively simple one. Luckily there were only two damaged muscles,” said Osvaldo Chiara, the director of the general surgery and trauma team at the Niguarda hospital in Milan. “(Marí’s) muscular mass is such that the length of the knife that was used couldn’t pass through the rib cage and hit his lung.”

Jasprit Bumrah’s absence no doubt is a huge loss but that never meant that the current bowling unit would deviate from its individual plans to over-compensate for the premier bowler’s absence, senior India seamer Bhuvneshwar Kumar said.

In Coimbatore, a bomb on wheels