Movie Defined By Its Song: Highway

We think it's A.R. Rahman's one of the finest and most imaginative albums yet, with equal parts of technicality, logic, wonder, and beauty. 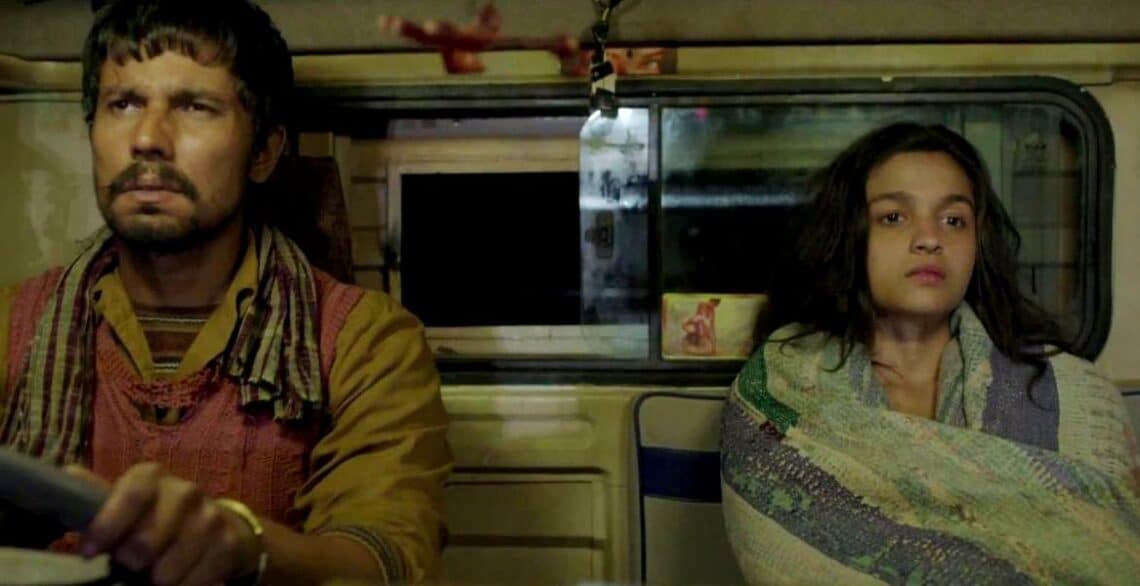 Following the success of 2011’s Rockstar, which established itself as one of the finest Hindi cinema soundtracks ever, Imtiaz Ali and A.R. Rahman collaborated once again in February 2014.

The essence of Highway, the result of this partnership, lies arguably in the immense, quite literal distances traveled by the famed truck featured in the film, which, we believe, sat in the driver’s seat of this exquisite music album and, in our opinion, Rahman’s finest work.

A song that plea’s the universe and almighty, out of desperation and hopelessness as Veera gradually realizes there is nowhere to go and she doesn’t know what to do.

A powerful yet melodic track featuring Sunidhi Chauhan’s refreshing vocals is a sure-fire winner! Electric guitars, trance, and, of course, amazing soulfulness are intermingled with the Sufi-styled rhythm and Punjabi rendition.

It shows how, rather than being terrified as a result of her kidnapping, she begins to feel liberated in her life.

It is the song that establishes Veera’s innocence and purity as she celebrates the freedom that she found in her kidnapping. Sultana and Jyoti Nooran’s beautiful voices sing the song, and music by A.R Rahman.

Sooha Sooha from Highway is Alia Bhatt’s debut Bollywood song. Zeb Bangash and Alia Bhatt sing the song. Her sweet voice is a perfect match for the situation.

Alia Bhatt plays a lonely adolescent who, against her parents’ wishes, is about to marry. A soothing lullaby to the weary soul that feels like a warm hug after a long day.

While the voice part of Zeb is that of a mother humming a lullaby, the part of Alia Bhatt would be gently asking him about his story, his haunting pain, and the reason behind his anger.

Veera dances carefree and it establishes the fact that Mahabir isn’t going to hurt her anyway because he realizes that she is just an innocent soul.

And you can listen to this song after a relaxing drive down the highway, here’s a House Mix track to keep things moving!

The beat stays consistent throughout the song, while the vocals are hip-hop-inspired. The track has an odd Arabic flavor to it, with electric guitars thrown in for good measure.

This song depicts Mahabir and Veera letting go of their pasts and embarking on a journey with no preconceived notions. Amidst all the overwhelming emotions, you remember this song.

Following that is a jazzy track with mesmerizing voices, all to honor the greatness of A.R. Rahman’s music!

The music features a gorgeous grand piano and a beautifully haunting song. It’s impossible not to be relaxed and thoughtful when you’re around it.

The composition of this song depicts Veera’s confusion and pain while also evoking tears from your eyes. The most painful scene of the movie would not be the same without this song playing in the back.

A great composition that begins by redefining quiet before gradually transporting the listener to the World of Rhythm and Pace.

The track has a lovely eerie quality to it, and it mesmerizes the listener with what it has to give. It’s like A.R. Rahman’s take on New Age Music!

The song is one of a kind, reminding you of all the pain of your journey while also sweetly reminding you that you are still standing here despite it all.

The album comes to a close with a symphonic track and string passages in the Rahman style. Throughout the song, there is underlying happiness and hope, as well as an unavoidable naivety.

In a nutshell, the soulful track is about hope and looking forward to a fresh day after a long period of hardship! With its occasional appearances, the Pan flute does a fantastic job.

Along with Patakha Guddi, another song from Highway that received the most views was Maahi Ve. The fact that it appears at the end of the film, the album would be incomplete without it.

The song is sung by A.R Rahman, while the words are written by Irshad Kamil. Maahi Ve depicts Mahabir and Veer’s bond.

The song just throws out light at you. No matter where you are, it will just make you feel lighter at heart.