Myanmar must get democratic transition back on track immediately: UN chief Antonio Guterres 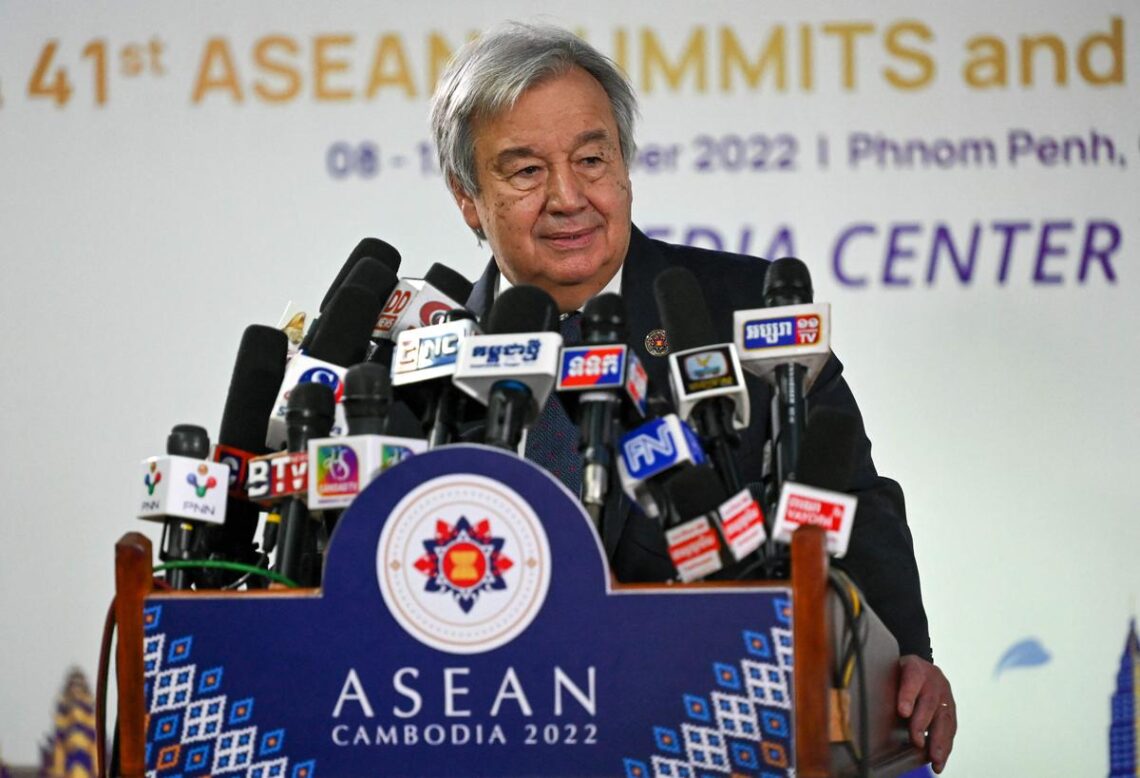 “The situation in Myanmar is an unending nightmare for the people and a threat to peace and security across the region,” Antonio Guterres said.

“The situation in Myanmar is an unending nightmare for the people and a threat to peace and security across the region,” Antonio Guterres said.

United Nations (UN) chief Antonio Guterres on November 12 urged the Myanmar junta to “immediately” restart democracy, saying it was the only way to stop the “unending nightmare” engulfing the country.

The escalating crisis dominated a summit of the Association of Southeast Asian Nations (ASEAN) regional bloc, which has led so far fruitless diplomatic efforts to end the bloodshed.

“The situation in Myanmar is an unending nightmare for the people and a threat to peace and security across the region,” Mr. Guterres told reporters.

“I urge the authorities of Myanmar to listen to their people, release political prisoners and get the democratic transition back on track immediately. That is the only way to stability and peace.”

After meeting ASEAN leaders, Mr. Guterres said it was vital that a peace plan agreed with the junta — but so far not enforced — came into effect. “Indiscriminate attacks on civilians are horrendous and heart-breaking,” he said.

A “five-point consensus” aimed at ending the chaos in Myanmar, agreed with the junta in April last year, has so far been ignored by the generals.

Increasingly frustrated ASEAN leaders on November 11 tasked their Foreign Ministers with coming up with a concrete plan to implement the consensus.

They also gave their blessing to an ASEAN special envoy meeting Opposition groups in Myanmar — a move that drew a furious response from the junta, which regards the dissident outfits as “terrorists”.