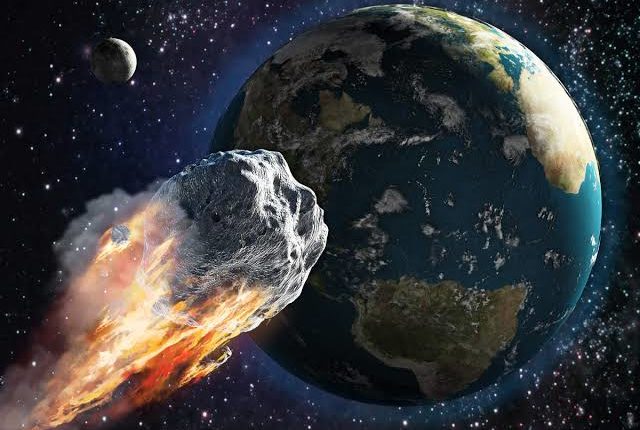 NASA issues a warning! An Asteroid larger than the London Eye approaching the Earth

NASA (National Aeronautics and Space Administration) the independent agency of the United States Federal Government has issued a warning about the massive asteroid approaching earth on July 24, 2020, which is larger than the famous London Eye. This asteroid is about 50% larger than the London Eye that is about 443 feet in height.

American space expert called it “Asteroid 2020 ND”. According to NASA, the asteroid is travelling at a speed of 13.5 km per second (48,000 km per hour). It is around 170 metres long and will come in 0.034 AU (Astronomical units) of our planet. One AU is the distance between the Sun and the Earth which is around 152.02 million km. It is said that if this asteroid will hit on the earth then it will easily wipe out the entire city.

According to scientists, Asteroid 2020 ND is potentially hazardous. The NASA said on its website that “Potentially Hazardous Asteroids (PHAs) are currently defined based on parameters that measure the asteroid’s potential to make threatening close approaches to the Earth”. It further added that “All asteroids with a minimum orbit intersection distance (MOID) of 0.05 AU or less are known as PHAs (Potentially Hazardous Asteroids)”.

Asteroid 2020 ND will come closest to the Earth on July 24, 2020, and it may be dangerous for the Earth. NASA considered ‘Asteroid 2020 ND’ as NEO (Near-Earth Object). According to NASA Jet Propulsion Laboratory Website, the Near-Earth Objects are comets and asteroids that are attracted to the orbit due to the gravity of nearby planets which brings it to proximity with Earth.

Here’s why Samsung Galaxy M31s is the best smartphone…

Oppo launches its first-ever smartwatch in India with two…

When an asteroid or comet comes close to Earth we call it a near-Earth object. But how close is close? How do we keep track of them? What can we do to mitigate our risk?

☄️ Here’s what you need to know about near-Earth objects this #AsteroidDay: pic.twitter.com/mCjW3FSoz5

The year 2020 created a lot of noise around the world, especially in astronomy. From the starting of this year, NASA is constantly issuing its facts and warnings. Many space phenomenon occurs in this period of 7 months in 2020 like the solar eclipse, lunar eclipse, asteroids approaching towards the Earth etc. Furthermore many strange things reported in the outer space.

Actress Swastika Mukherjee gets the cyberbullies arrested; Urges others to ‘speak up and expose’ such people