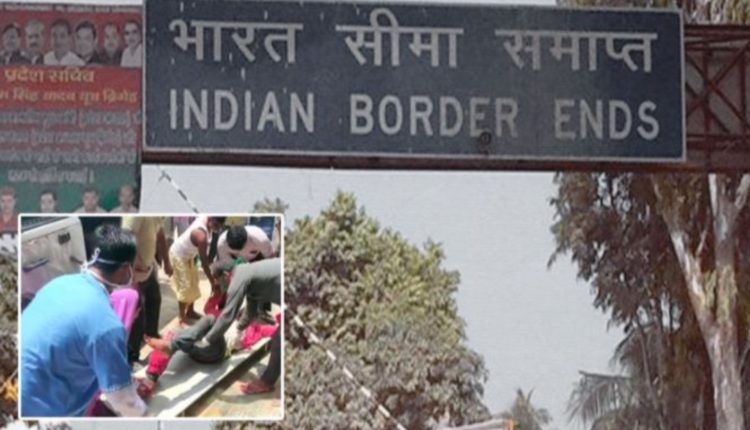 The injured man has been identified as Jitendra Kumar, shifted to a nearby hospital and a probe is underway, superintendent of police, Kishanganj said.

A man was injured after Nepal police opened fire at three Indian men near India-Nepal border in Bihar’s Kishanganj on July 19. The injured man has been identified as Jitendra Kumar, shifted to a nearby hospital and a probe is underway, superintendent of police, Kishanganj said.

Jitendra had gone to find his cattle at the Tola Mafi village situated on the India-Nepal border, along with his two friends Ankit Kumar Singh and Gulshan Kumar Singh on Saturday.
When the three of them moved towards a farm outside the village, the Nepal police opened fire at them.

In a similar incident reported earlier in June, an Indian national was killed while four others were injured after Nepal police allegedly opened fire at them at the border near Sitamarhi district in Bihar.

The firing on June 12 had taken place after a clash between the Indians and personnel of Nepalese police at the Lalbandi-Janki Nagar border. Locals had said that the men were working in an agricultural field when the clash between the cops of both sides took place.
Soon after the tussle, four of them received bullet injuries while Vikesh Kumar Rai, 25, died on the spot.

Apart from being neighbouring countries, India and Nepal have good bilateral ties, working in cooperation to achieve economic growth and cultural stability. But the recent conflict over the discretion of land has weakened this relationship to a great extent.

After Nepal stopped airing the Indian news channels, made amendments to its citizenship act and updated the political map of the country, the news of open firing on civilians proves to add another point of discontent between the two federal democratic nations.

Arrests made after Delhi-riots in February were bigoted in nature: admits ‘Delhi Police’