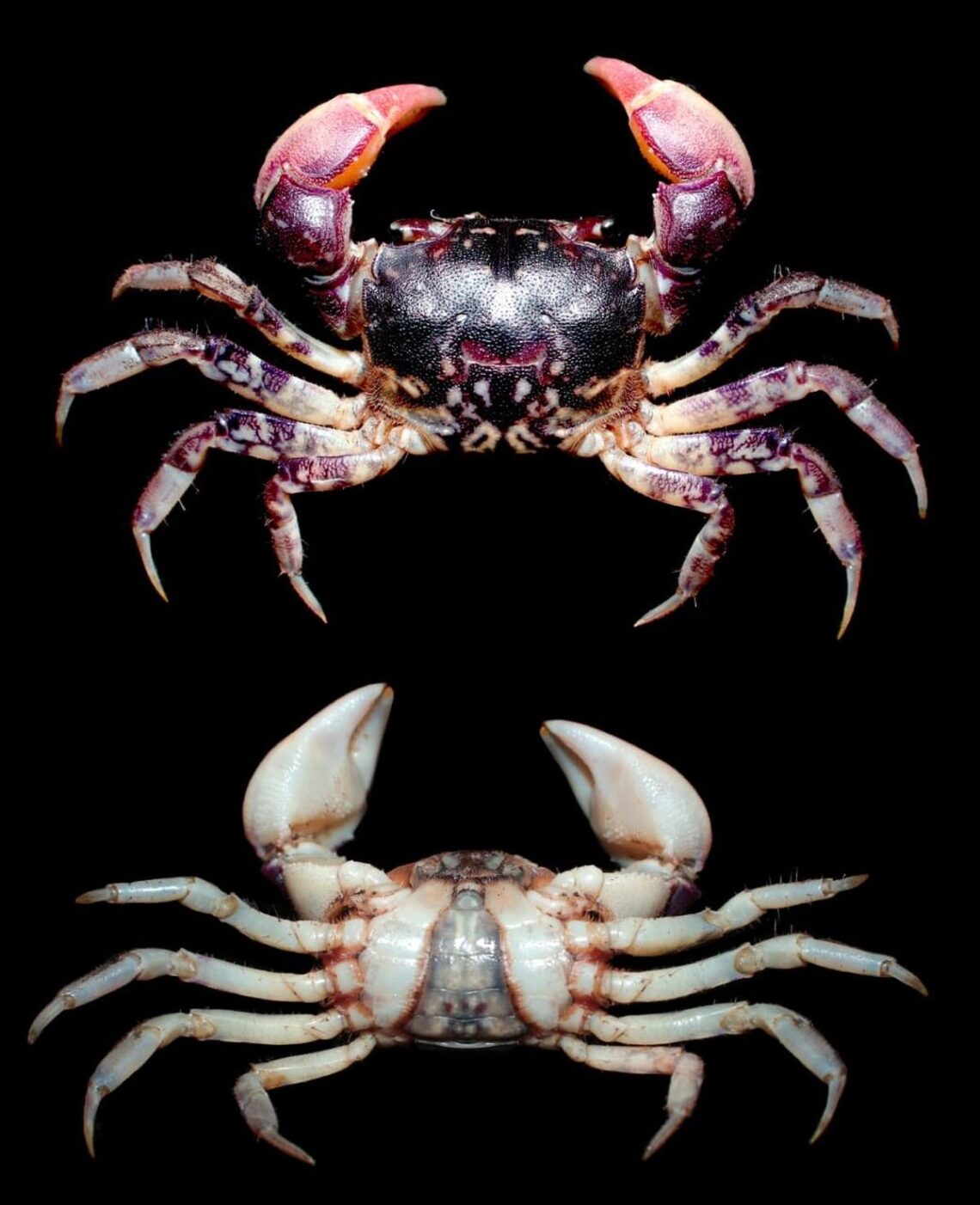 The species, discovered in the estuary of Cuddalore district by faculty of Annamalai University, has been named ‘Pseudohelice annamalai’

The species, discovered in the estuary of Cuddalore district by faculty of Annamalai University, has been named ‘Pseudohelice annamalai’

Researchers have discovered a new species of estuarine crab at the mangroves of Parangipettai near the Vellar River estuary in Cuddalore district.

The species has been named Pseudohelice annamalai in recognition of Annamalai University’s 100 years of service in education and research.

The discovery has been published in the latest issue of  Zoological  Studies by research scholar M. Prema and associate professor S. Ravichandran of the Centre of Advanced Studies (CAS) in Marine Biology, Annamalai University, in collaboration with Professor Hsi-Te-Shih and Jhih-Wei Hsu of National Chung Hsing University, Taiwan.

“This is the first ever record of this genus, Pseudohelice, collected from high intertidal areas in front of the CAS. So far, only two species — Pseudohelice subquadrata and Pseudohelice latreilli — have been confirmed within this genus. The species discovered is distributed around the Indian subcontinent and the eastern Indian Ocean,” says S. Ravichandran, Associate Professor, CAS.

“Specimens of Pseudohelice annamalai were collected from the high intertidal areas of the Vellar River estuary, Parangipettai, with sediments composed of mud and sand. The mangroves in the habitats were artificially planted on five hectares along the northern bank of the river, with two distinct zones —  Rhizophora spp. towards the estuary and  Avicennia spp. towards the land in the intertidal area. The recent discovery was the first-ever record of this species,” the researchers said.

Pseudohelice annamalai is distinguished by dark purple to dark grey colouring, with irregular light brown, yellowish brown, or white patches on the posterior carapace with light brown chelipeds. The new species is small and has a maximum width of up to 20 mm.

“The species inhabits muddy banks of mangroves, and the burrows were located near the pneumatophores of  Avicennia mangroves. Burrows have a depth of 25-30 cm and are branched, with larger pellets around the entrance. This species is not aggressive and can move fast like other intertidal crabs. As many as 17 species of intertidal crabs have been recorded in the same region,” Mr. Ravichandran added.

The examined specimens were deposited in the reference collections of the crustacean research laboratory, CAS. However, the holotype of the new species will be moved to the national repository of the Zoological Survey of India, Kolkata.