Now, Vokkaliga community sets a deadline of January 23 for government to meet its demand for increasing reservation from 4% to 12% 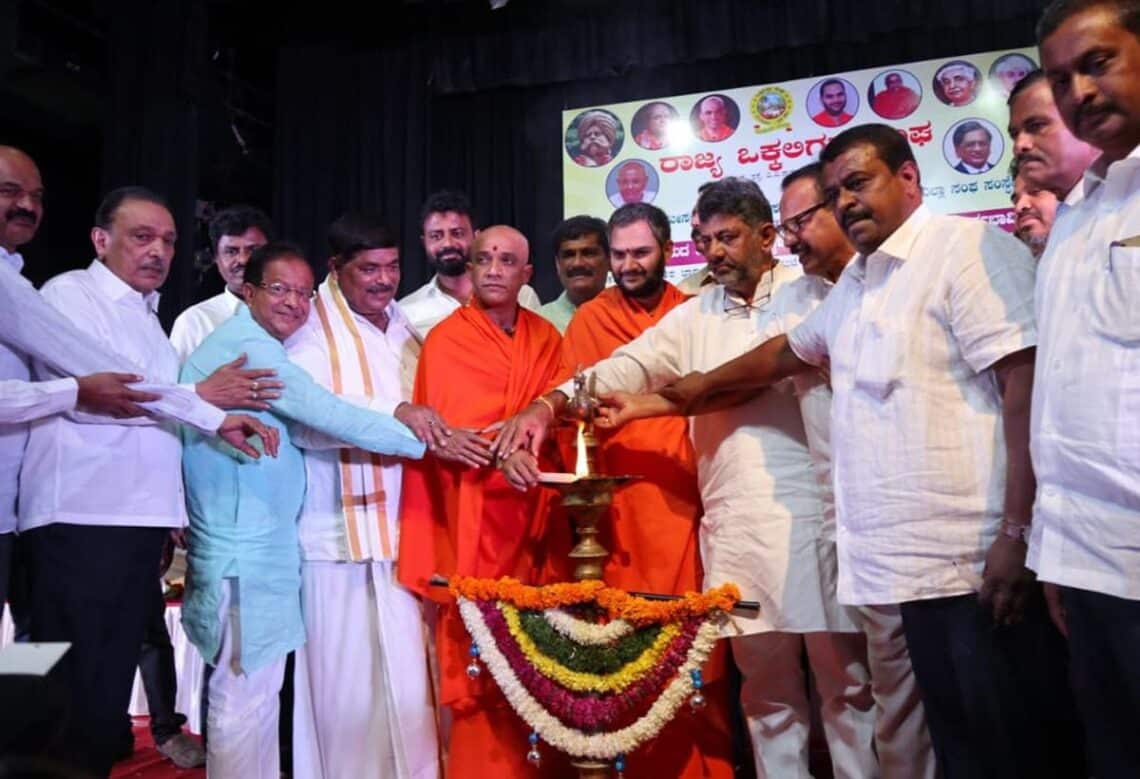 The BJP, which has been wooing the Vokkaliga community for a crucial foothold in the electoral politics in the Old Mysore region, is in a spot of bother. Already under pressure from Lingayat groups — its traditional support base — over the reservation issue, the BJP government now faces a deadline of January 23, 2023, to consider an increase in quota for Vokkaligas from the current 4% to 12% in the OBC reservation matrix.

On Sunday, Vokkaliga community religious and political leaders from across the political spectrum met at a convention to demand an increase in the reservation that will be in proportion to the population, and also consider the urban Vokkaliga poor under the newly formed reservation quota for EWS that stands at 10%. Currently, Vokkaligas are in 3A category and receive 4% reservation quota, which the community points out will trickle into about 2.5% since the quota has to be shared with other communities.

Among the influential seers of the community, Nanjavadhhota Swami said, “The community has waited enough and its patience has been tested. We will give a petition to the government and wait till January 23 for it to respond. If our demands are not met, we will plunge into agitation mode,” he said. Adichunchangiri Mutt seer Nirmalananda Swami also asked for a hike in reservation and said that the community remains united in its demand.

A formal petition was handed over to Revenue Minister R. Ashok, who attended the meeting. The former Chief Minister D.V. Sadananda Gowda said that efforts would be made to convince the Centre to enhance the reservation for the community.

For the government, which increased the reservation quota of the Scheduled Castes and the Scheduled Tribes from 15% to 17% and 3% to 7%, respectively, in line with their population recently, the reservation conundrum is giving it a headache. While the Panchamasalis, a powerful Lingayat sub-sect and a major supporter of the BJP, has been seeking 2A status in OBC reservation category, another powerful OBC community, Kurubas, are demanding a shift from 2A category to the ST category. The mainstream Veerashaiva-Lingayats have been demanding inclusion of all the sub-sects in the Central OBC list.

Vokkaliga Sangha sources said that the religious seers and the sangha were under constant pressure for not uniting and demanding a reservation hike even as other community leaders were seen uniting to seek a higher pie in the reservation matrix. “Sunday’s meeting will now will be a benchmark to take the agitation forward.” Vokkaliga Sangha president and Janata Dal (Secular) legislator C.N. Balakrishna and KPCC president and Chief Ministerial aspirant D.K. Shivakumar were among those who said that they were not opposed to the hike in reservation quota for SC/ST, but asked for a fair quota for the Vokkaliga community depending on the population.

Fall in immunisation may have triggered measles outbreak