On Ukraine conflict, India counsels a return to dialogue and diplomacy, says Jaishankar in Moscow 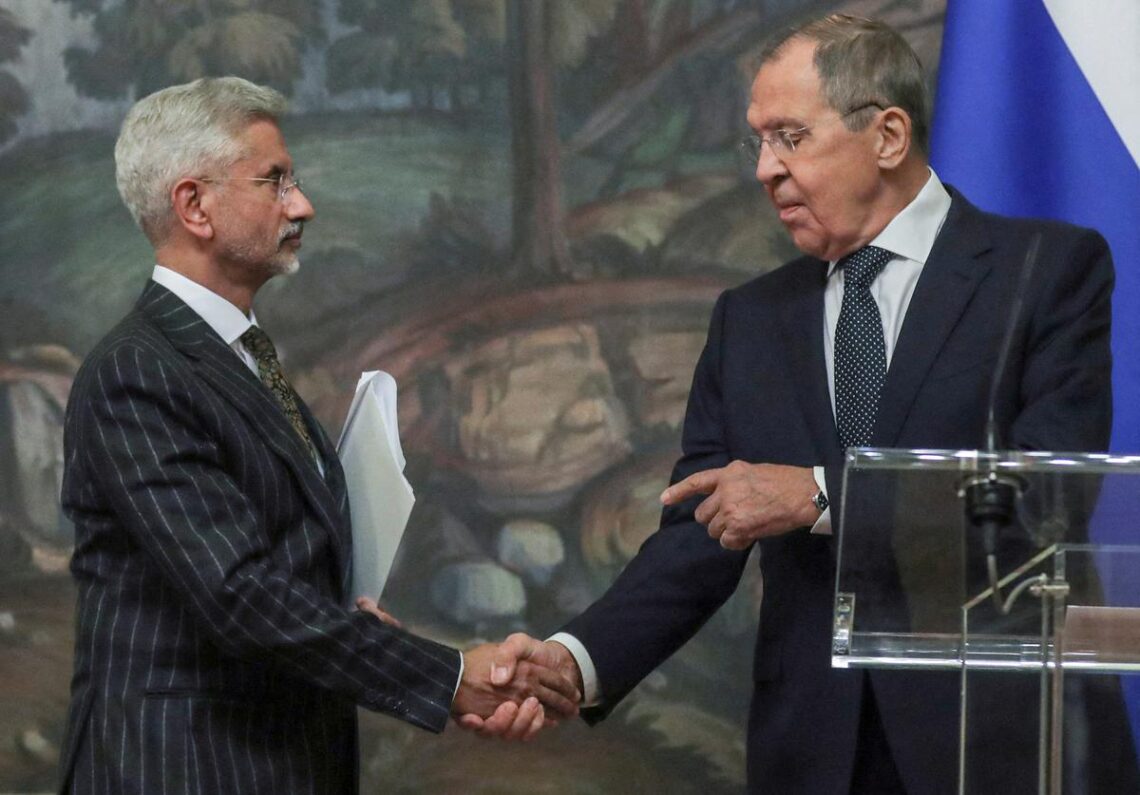 Laying out India’s position on the Ukraine crisis, which Mr. Lavrov said Russia had “highly appreciated”, Mr. Jaishankar repeated Prime Minister Narendra Modi’s words that “this is not an era of war”, and called for dialogue and diplomacy between Moscow and Kiev. However, while Mr. Jaishankar said India was ready to support any initiative to “de-risk” the situation in Ukraine and promote global stability, he did not make any specific offer to mediate in Russia-Ukraine talks.

“Any objective evaluation of our relationship over many decades would confirm that it has actually served both our countries very, very well…” said Mr. Jaishankar at a press conference after talks with Mr. Lavrov, in response to a question about pressure from Western countries to reduce oil imports and join a price-cap coalition announced by G-7 countries.

“As the world’s third-largest consumer of oil and gas, a consumer where the levels of income are not very high, it is our fundamental obligation to ensure that the Indian consumer has the best possible access on the most advantageous terms to international markets. And in that respect, quite honestly, we have seen that the India-Russia relationship has worked to our advantage,” he added but pointed out that the Global South (developing and underdeveloped countries) had “felt the pain quite acutely” of the food and energy issues arising from the Ukraine conflict.

Referring to U.S. and European sanctions on Russia, Mr. Lavrov said he had briefed Mr. Jaishankar on “military operations” in Ukraine.  “We discussed the situation that has developed around the attempts of the Western colleagues, under the pretext of Ukrainian events, to strengthen their dominant role in world affairs and prevent the democratisation of international relations,” Mr. Lavrov said, adding that Russia appreciated India-Russia cooperation at the United Nations, Shanghai Cooperation Organisation, BRICS and the G-20.

Both Foreign Ministers also noted the “significant growth” in India-Russia bilateral trade this year to about $17 billion, recommitting to a goal of reaching $30 billion by 2025, and agreed to strengthen cooperation on joint military exports, as well as in the areas of oil exploration, nuclear energy and space among others.

Mr. Jaishankar was accompanied by senior officials from seven Ministries, including the Finance Ministry, Commerce and Industry, Petroleum and Natural Gas, Agriculture, Ports and Shipping and Chemicals and Fertilizers, which he said was an indication of the range of areas of practical cooperation, and said discussions focused on areas where Russia and India have a “natural convergence of interests”.

In addition, the Indian and Russian sides discussed regional connectivity issues through Iran on the International North-South Transport Corridor (INSTC) and the Vladivostok-Chennai maritime route. Mr. Jaishankar announced that India would attend the “Moscow Format” talks on the situation in Afghanistan later this month, where regional countries including China and Pakistan will attend.

In their statements, neither side referred to the possibility of Prime Minister Narendra Modi and Russian President Vladimir Putin meeting in the near future, indicating some uncertainty over whether Mr. Putin will travel to Bali for the G-20 summit that Mr. Modi will attend next week (November 15-16). Mr. Putin has also invited Mr. Modi to visit Moscow later this year for the India-Russia annual summit, dates for which have not yet been confirmed.

The BJP’s Karnataka challenge - The Hindu