by TSA Desk
in offbeat
Reading Time: 5 mins read
A A Our daily lives are now completely reliant on the Internet: we use it to make money, learn new skills, get groceries and other household items, and even find our soul mates!

Due to the continued relevance of the subject of the Internet dating from the 1990s to the present, the latter fact could not be ignored by filmmakers and provided the basis for the development of several films. However, whereas formerly people used ICQ and email for this purpose, dating websites, Facebook, mobile chatroulette, and other social networks are now available to help.

Kathleen lives quietly with her partner and owns a little bookshop. Joe owns a chain store, but he is not single. However, it doesn’t stop them from communicating frequently under the nicknames “Shopgirl” and “NY152.” The heroes may be authentic and express their actual emotions in their anonymous internet contact because they will never meet in person. That’s what they thought.

Joe’s successful business venture might destroy Kathleen’s life’s work. The truth is that the girl despises the competitor and does not even realize that her greatest opponent is the nice online guy.

The movie shows the positive qualities of classic Hollywood productions, including a friendly and joyful environment, a feeling of love and hope, clever language, and heartfelt details.

A modern adaptation of the well-known fairy tale. Currently, Cinderella-Sam plays baseball, works a part-time job at her deceased father’s diner, tries to balance her studies, and meets her prince online. He ends up being the most popular student in the school. Instead of a ball in a palace, Cinderella goes to a school disco and loses her cell phone instead of her shoe.

Fans of teen flicks will enjoy this movie. Despite having a well-known narrative, the film has a knack for surprising. Additionally, there was a welcoming environment, great music, and humor.

Gina has issues with how she looks and still corresponds with a high school penfriend. They decide never to speak or even exchange phone numbers. The pen pals send each other pictures of other people when they dare to ask what the other person looks like. However, as fate would have it, the pals still need to meet in person. Despite their complete trust in their ability to keep their secrets hidden from one another.

This is one of the few movies where characters communicate virtually for a significant amount of time before meeting in person. In this case, Gina and Seth have been in contact for 13 years with absolutely no chance of ever meeting in person.

The movie has a holiday vibe and the hope of a miracle because the action takes place before Christmas.

The divorced teacher Sara is 40 years old. The woman is reluctant to begin a new relationship because of the complexities brought on by their breakup. She is surrounded by people who believe that falling in love will be the perfect solution for her.

The woman’s life starts to involve dates once her sister chooses to post Sara’s profile on a dating website.

Additionally, Sarah needs to keep up the idea that she has a dog. For the reason that her profile states that “love of dogs is a requirement. They inserted it in the expectation that only decent, sympathetic men would reply. However, will it be so?

This film is not so much about one particular correspondence story, but about what dating and men from the Internet can be in reality. At meetings, Sarah frequently finds herself in absurdly humorous circumstances and is always in shock at how different people can be. And quite often, they weren’t proper for her.

Before the new year, a black-and-white movie about loneliness. Wilson is lost and devastated because Vivian has built walls around herself and refuses to let anyone into her world. They both understand that they will not be spending the holiday together. The World Wide Web comes to the rescue.

This is a story of strangers who come together for a single night and may never cross paths again. As a result, the pair experiences a “man on a train” moment and decides to expose their inner selves to one another.

They made an effort to hide their lack of interpersonal skills under misanthropy. They pretended to need a passing acquaintance while secretly still hoping to find true love. But a night of deep thinking will put everything in perspective.

All this against the backdrop of black and white Los Angeles.

Nev takes pictures of the dancers. A young child decided to write to the man after seeing his picture in the media and telling him that she would want to draw a picture of him. Nev agrees and later uses the Internet to get to know the young artist’s entire family. The photographer starts a virtual relationship with her older sister Megan, a stunning girl.

It is just impossible to foresee what will happen next in the documentary that Nev’s buddies plan to make about their friendship and post online.

The man starts to question Megan’s reality, so he goes on an adventurous quest to learn the truth about his online interlocutor with the help of his buddies and a camera. The truth turns out to be unexpected and makes you think about whether it is worth unconditionally trusting random people from the network.

It all started with a tree. Stéphane, a French chef, uploads a shot of his favorite oak tree to Instagram, and Soo, a Korean artist, chooses to paint it.

The characters’ dialogue starts off in this way. Art, picturesque locations, and cherry blossoms are among the topics they discuss. Stéphane purchases a painting of a landscape from an artist and displays it in his restaurant. They start video communication when communication gets their attention.

The chef’s suggestions of a personal meeting are rejected by the girl. This does not stop him from leaving everything behind one day and flying to her in Seoul, though.

The girl just vanishes, delaying the arranged meeting of the protagonists. Even if it takes several days, Stéphane decides to patiently wait for Soo at the airport in Seoul.

The cook finds himself torn from his usual stable life, and in the new world, he has nothing but himself and a ghostly dream of a beautiful girl. This ordeal reveals the character of the hero in the best way possible: his desires, fears, goals, and thoughts. 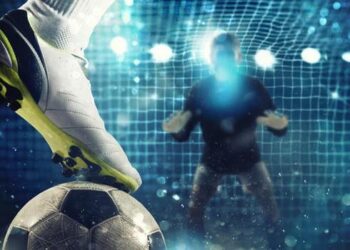 Are your someone who is interested in playing soccer and are looking for ways to score more goals and become... 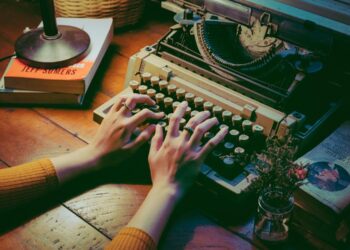 Motivation Guide: How to Achieve Your Dream of Being a Writer

You have a dream: the dream of being a writer. Achieving a dream, an objective, or a goal, always requires...