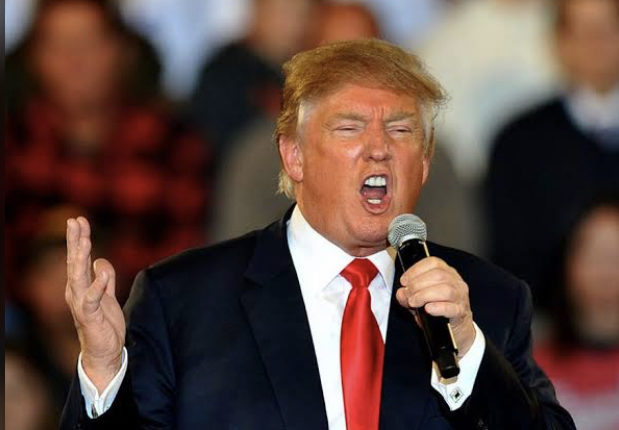 The racist clip exposes a white man riding in a gold cart, holding “Trump 2020” and “America First” signs amidst of a duelling remonstration between Trump supporters and the opposition.

The two-minute video was retweeted by Trump around 7:30 a.m with a ‘Thank You you to the great people of The Villages,’ statement into the video, and taken down more than three hours after posting it. The video also shows anti-Trump protesters shouting “Nazi,” “racist,” and profanities at the Trump backers.

As per CNN’s “State of The Union”, the only Black Republican in the Senate, Tim Scott, R-S.C., retorted that – “There’s no question” that Trump should not have retweeted the video and “he should just take it down. ‘I think it’s indefensible’, he added.

White House spokesman Judd Deere defended Trump in his statement where he said – “President Trump is a big fan of The Villages. He did not hear the one statement made on the video. What he did see was tremendous enthusiasm from his many supporters.”

However, the White House stayed mum when asked if the U.S President condemned the racist chant.

Joseph Robinette Biden Jr., 47th U.S President, and the Democratic presidential Nominee, condemned Trump. “We’re in a battle for the soul of the nation — and the President has picked a side. But make no mistake: it’s a battle we will win,” he tweeted.

President & Director-Counsel of LDF (NAACP Legal Defense and Educational Fund), Sherrilyn Ifill asserted that “This really is not about the president taking it down. This is about the judgment of the president in putting it up.”

As the U.S erupted in protests after the killing of George Floyd, a black man in Minneapolis, by a police officer who pressed his knee into his neck for several minutes until the man couldn’t breathe.

Trump’s controversial hate tweet that unconcealed his racial bias – “When the looting starts, the shooting starts”, a phrase used by Miami’s confrontational police chief Walter Headley at the height of the civil rights movement in 1967, added fire to the fuel amidst the nationwide uproar against the killings of Black Americans.

More recently, Mr. Trump has used his Twitter feed to attack protesters who have pulled down statues of Confederate generals, calling them “arsonists, anarchists, looters, and agitators.”

The demonstrations pitted against the prevailing police brutality and bias in law enforcement across the country. Trump has also repeatedly opposed the efforts of the removal of Confederate Monuments by the protesters.