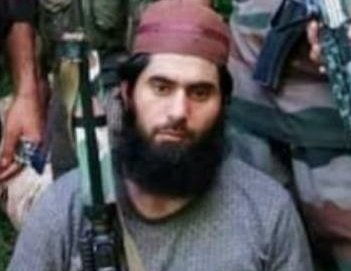 More than Hundred terrorists have been killed in the last five-and-half months in the valley.

In a major success within the anti-terror operations in Jammu and Kashmir area, security forces killed 3 terrorists, together with a commander of the Hizbul mujahedin, in an encounter in Anantnag district this morning.

Apart from Hizbul mujahedin commander Masood Ahmed Bhat, 2 terrorists were additionally eliminated in the operation in the Khulchohar area of the south Kashmir district. Police officers say that with Masood’s death, the whole Doda district in Jammu region has become completely freed from terrorists as he was one among the last living terrorists there.

A joint operation was conducted by the Army, J&K Police, and CRPF whereupon after the death of all terrorists one AK rifle and 2 pistols were recovered from the militants.

With today’s operation at Khull Chohar by Anantnag Police along with 19 RR,CRPF in which 2 LET terrorists including one district commander & one HM commander Masood were neutralised, Doda district in Jammu Zone becomes totally militancy free
once again.@Sandeep_IPS_JKP pic.twitter.com/sCvioo2f3X

“Masood was involved in a rape case filed by Doda police and was on the run ever since. He later joined Hizbul Mujahideen and shifted his area of operation to Kashmir,” he added.

Jammu and Kashmir police had on Saturday said that 29 foreign terrorists are active in south Kashmir.

There is a presence of foreign terrorists in the upper reaches of Kokernag, Tral, and Khrew. There are about 29 foreign terrorists active in South Kashmir and we will neutralise them when they come down and our sources inform us (about them),” Inspector General of Police (IGP), Kashmir, Vijay Kumar,  was quoted as saying by news agency PTI.

The police officer also said that the security forces have done a large achievement by “wiping out” Hizbul Mujahideen from Tral location of Pulwama district and the intention is to wipe out terrorism from the south Kashmir.

Last week, state police chief Dilbag Singh had claimed that over one hundred terrorists have been neutralized in Jammu and Kashmir this year.

“During the last about five-and-a-half months, over 100 terrorists have been neutralized, out of them 50 plus were from the Hizbul Mujahideen, around 20 from the Lashkar-e-Taiba, 20 from the Jaish-e-Mohammed and the rest from smaller outfits like Al-Badr, Ansar Gazwatul Hind,” Mr. Singh said.

The DGP had also said the security forces were successful because residents of the union territory had been cooperating.