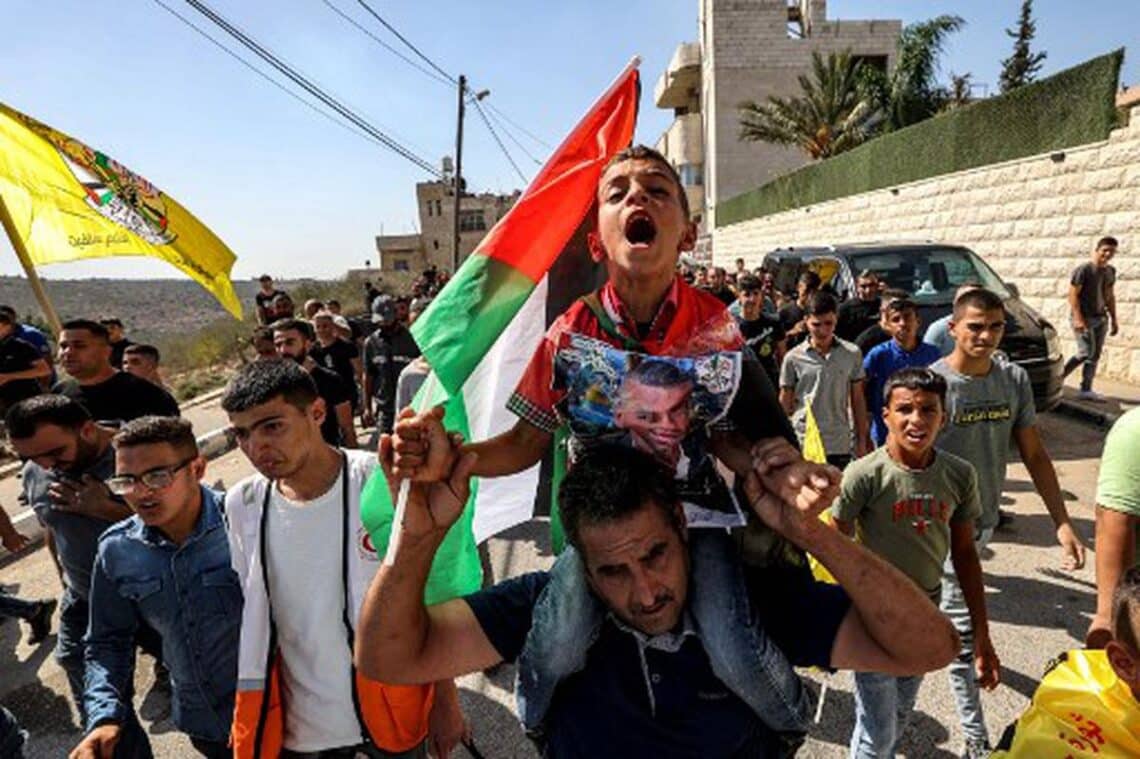 A Palestinian man died Sunday of an Israeli army gunshot wound sustained during clashes the day before in a village of the occupied West Bank, the Palestinian health ministry said.

Two Palestinians were critically wounded by gunfire in the clashes Saturday in Qarawat Bani Hassan, near the city of Nablus in the northern West Bank, according to the ministry.

It said Mujahed Dawood, 30, died in hospital of his injuries.

The army said in a statement that “suspects hurled rocks” at soldiers who responded to “a violent riot” with live fire.

More than 100 Palestinian fighters and civilians have been killed since the start of the year, the heaviest toll in the West Bank for nearly seven years, according to the United Nations.

Violence has surged amid near daily West Bank raids and a rise in attacks on Israeli troops.

The expansion of Israeli military operations, especially in the northern West Bank, followed deadly attacks inside Israel earlier this year.

Israel has occupied the West Bank since the 1967 Six-Day War.

The Israeli defence ministry body responsible for civilian affairs in the Palestinian territories, COGAT, announced Sunday it had withdrawn permits to enter Israel for 164 family members of “terrorists of the Nablus region”.

“The terrorists hiding among the civilian population of Nablus must understand their identity is known to the security services and their choice to follow the path of terrorism will have repercussions on their families who will no longer be able to make a living in Israel,” COGAT head Ghasan Alyan said in a statement.