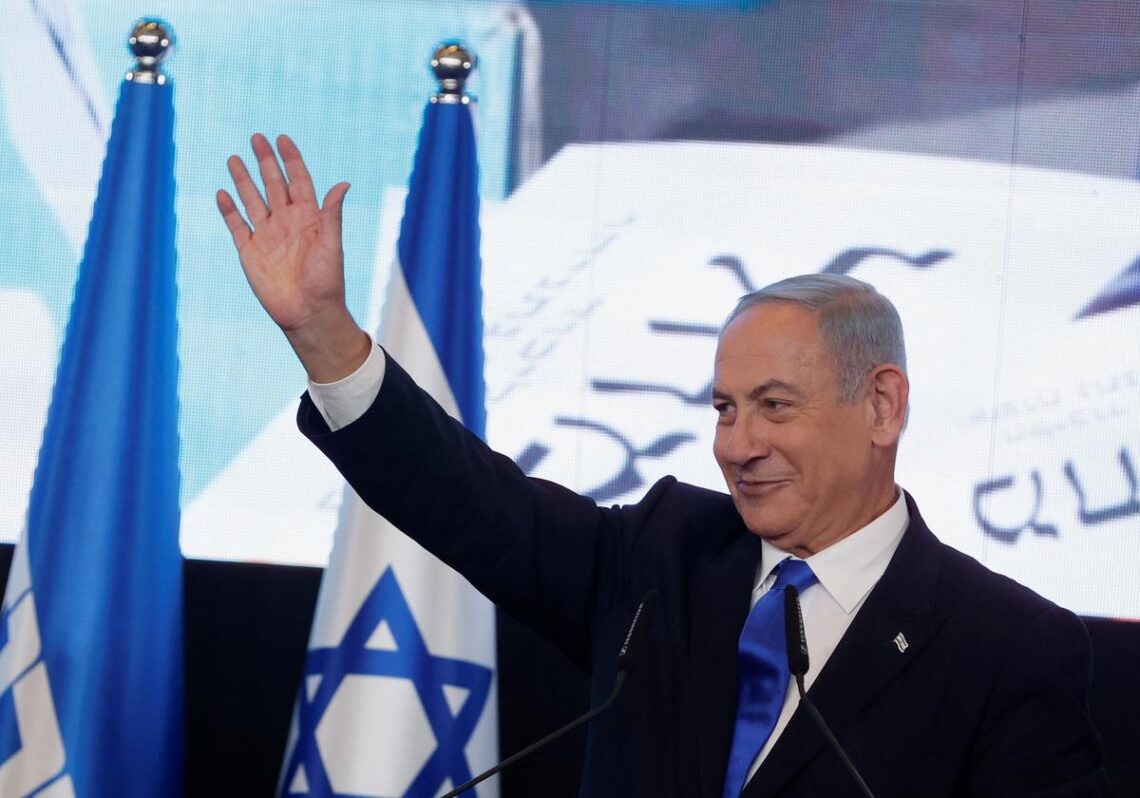 
Israel’s Benjamin Netanyahu inched towards reclaiming power on Wednesday after projected election results showed a majority government was within reach for the veteran right-winger, though the outlook could shift as ballots are counted.

If the exit polls hold, it would mark a dramatic comeback for Mr. Netanyahu, Israel’s longest-serving Premier, whose Likud party is poised to form a coalition with its ultra-Orthodox Jewish allies and a rising extreme-right.

“We are close to a big victory,” Mr. Netanyahu told supporters at a rally in Jerusalem early on Wednesday. “We don’t know the final results yet, but if the results are like the exit polls, I will form a national [right-wing] government.”

But his main rival, caretaker Prime Minister Yair Lapid, told his supporters in Tel Aviv that “nothing is decided”, and that his centrist Yesh Atid party “will wait patiently… for the final results”.

Projections from three Israeli networks put Mr. Netanyahu’s Likud on track for a first-place finish, with between 30 and 32 seats. That number, combined with projected tallies for the extreme-right Religious Zionism alliance and the two ultra-Orthodox Jewish parties, would give the bloc backing Mr. Netanyahu between 61 and 62 seats.

An outright victory for the bloc would end the short reign of an alliance of eight parties under Mr. Lapid that managed to oust Mr. Netanyahu last year before collapsing itself.

ED attaches assets worth ₹10.12 crore of Vikas Dubey, others