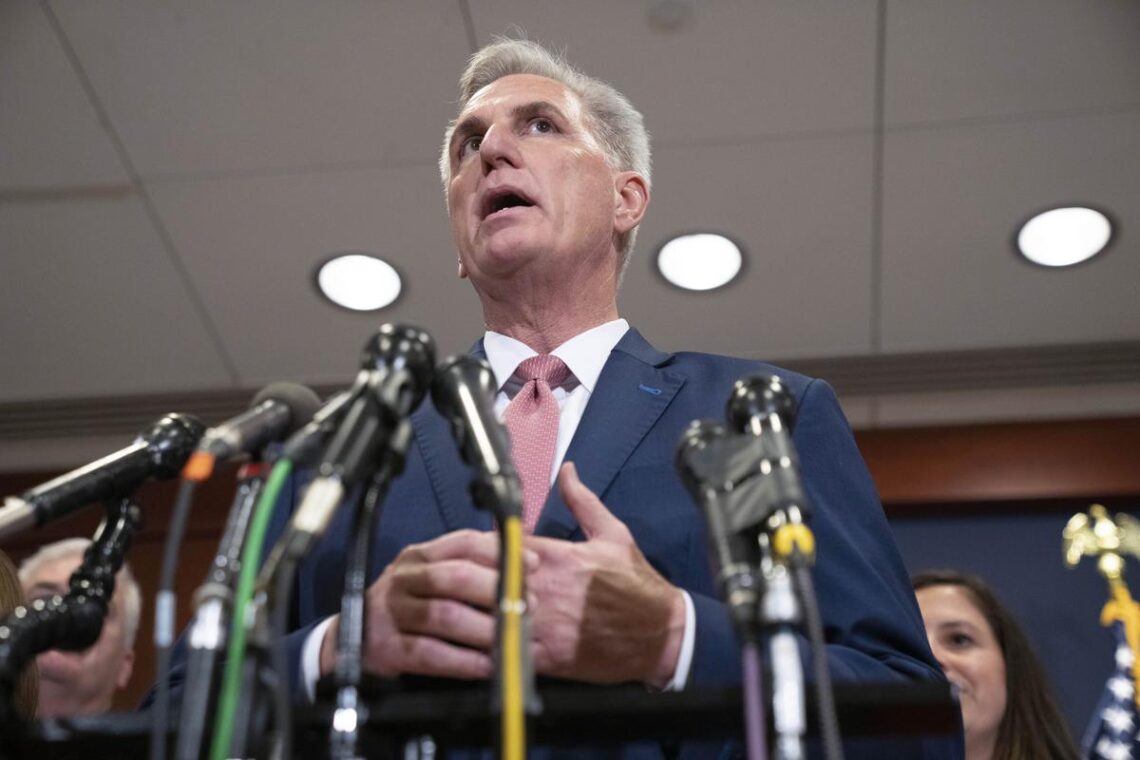 
Top U.S. Republican Kevin McCarthy was chosen as his party’s leader in the House of Representatives, putting him in a prime position to become Speaker if his camp reclaims control of the chamber as expected. File
| Photo Credit: AP

On the cusp of touching the magic number of 218 that would give the Republicans a majority in the House of Representatives, party lawmakers elected Congressman Kevin McCarthy on November 15 for the powerful post of speaker in the next Congress beginning January.

Mr. McCarthy, who is currently the House Minority Leader, would have to win a majority of the 436 members of the House next year before being formally elected as its speaker. The House speaker is the second in line of political succession after the president and the vice president.

As of Tuesday night, Republicans had either won or taken decisive leads in 217 Congressional districts against 206 won by the Democratic Party. Tuesday afternoon, House Republicans voted 188-31 to formally nominate Mr. McCarthy to serve as the speaker in the next Congress. He defeated Congressman Andy Biggs, former House Freedom Caucus chairman.

“We are going to have the ability to change America,” Mr. McCarthy said, upbeat as he entered the private meeting.

He noted backing from right-flank Republicans Rep. Marjorie Taylor Greene of Georgia and Rep. Jim Jordan of Ohio as part of his “vast support”.

The result also showed that Mr. McCarthy has more work to do to win the vote of the full chamber on the floor next year, The Wall Street Journal said.

If elected by the House after the new members are sworn in, Mr. McCarthy would replace Democratic Congresswoman Nancy Pelosi as the speaker of the House of Representatives. He would have one of the narrowest majorities in Congressional history.

Meanwhile, Republican Senator Rick Scott announced on Tuesday that he would challenge GOP leader Mitch McConnell for the position of Senate Minority Leader in January. The Republicans have 49 seats as against 50 of the ruling Democratic Party. The election for the Georgia seat has gone into runoff in December.

In the outgoing Congress, the 100-member Senate is equally split between the two political parties. In the House, the Democratic Party has 220 seats with the GOP accounting for 212.

10 Most Profitable Hotels In The World