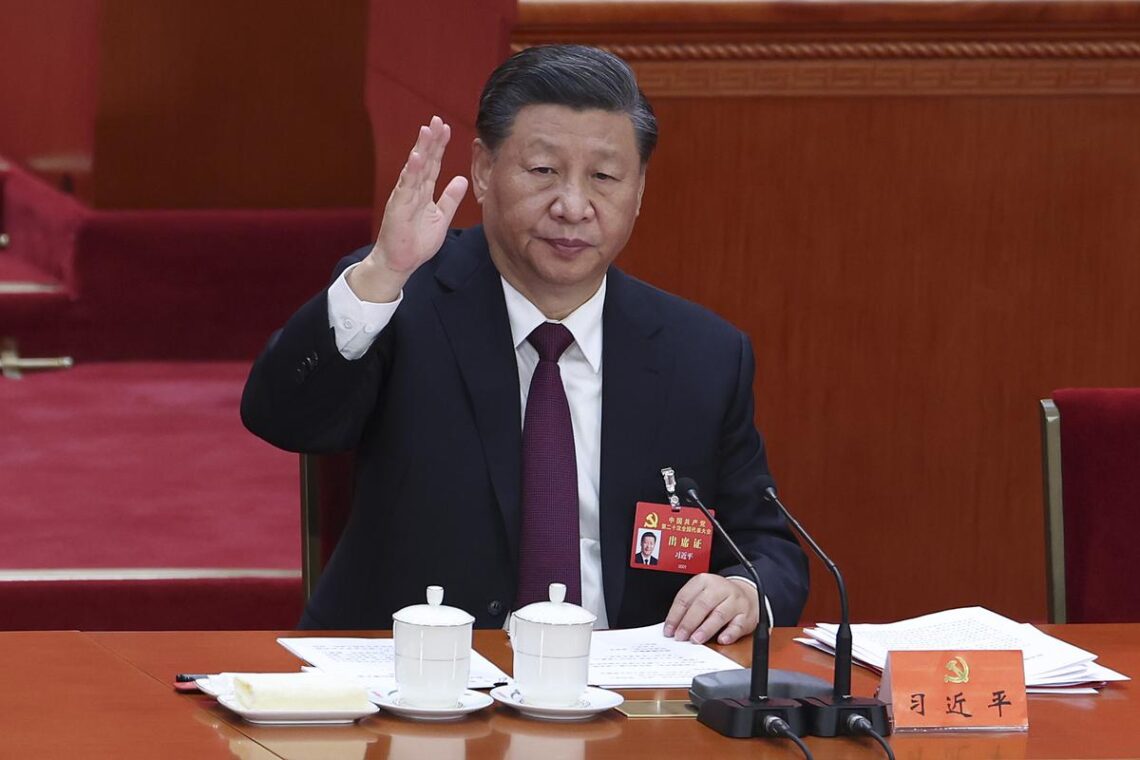 China’s ruling Communist Party on Saturday closed its once-in-five-year congress confirming leader Xi Jinping’s precedent-defying third term, and paving the way for his domination of Chinese politics for the next five years.

As many as four allies of Mr. Xi, 69, are expected to be appointed on Sunday to the new seven-member Politburo Standing Committee (PBSC), a clean sweep made possible by the apparently forced early retirement of other officials.

The CPC congress, a usually tightly choreographed affair, concluded on Saturday with two surprises, both of which, in different ways, underlined Mr. Xi’s unchallenged position at the top of the party.

A frail-looking former leader Hu Jintao, 79, who was sitting beside his successor, was unexpectedly escorted off the congress stage before voting was to commence on approving amendments to the party Constitution, which were then passed unanimously in his absence.

Mr. Hu, once a power centre in the party in his own right and more recently known to be in ill-health, had attended the opening of the congress on October 16 and had to be assisted to his seat then. He appeared both reluctant to leave the stage on Saturday and unwell and disoriented, before exchanging a few words with Mr. Xi and second-ranked leader Li Keqiang, whom he patted on the back before being escorted out.

The second surprise was the exclusion of both Mr. Li and fourth-ranked PBSC member Wang Yang — both allies of Mr. Hu — from the new Central Committee that was announced at the congress. Their early retirements — they are both under the unofficial retirement age of 68 — paves the way for as many as four new appointments to the seven-member PBSC, with two other current members due to retire. Mr. Li, however, will continue as Premier until his term ends in March.

All four appointments are likely to be close allies of Mr. Xi, marking for the first time in decades in Chinese politics a “clean sweep” on its most powerful body, which had, in the past, shared power between different party factions.

Mr. Xi, however, has shattered both factional equations as well as the “collective leadership” model, returning China to one-man rule. The congress also approved amendments to the party Constitution further underlining Mr. Xi’s “core” status by calling on the party to “establish his core position and the guiding role” of his ideology and “uphold his core position and the centralised, unified leadership” of the party, called the “two establishes” and “two upholds”.