Rock art symbols found could point to arrival of humans at the end of the last Ice Age in Nilgiris, says researcher 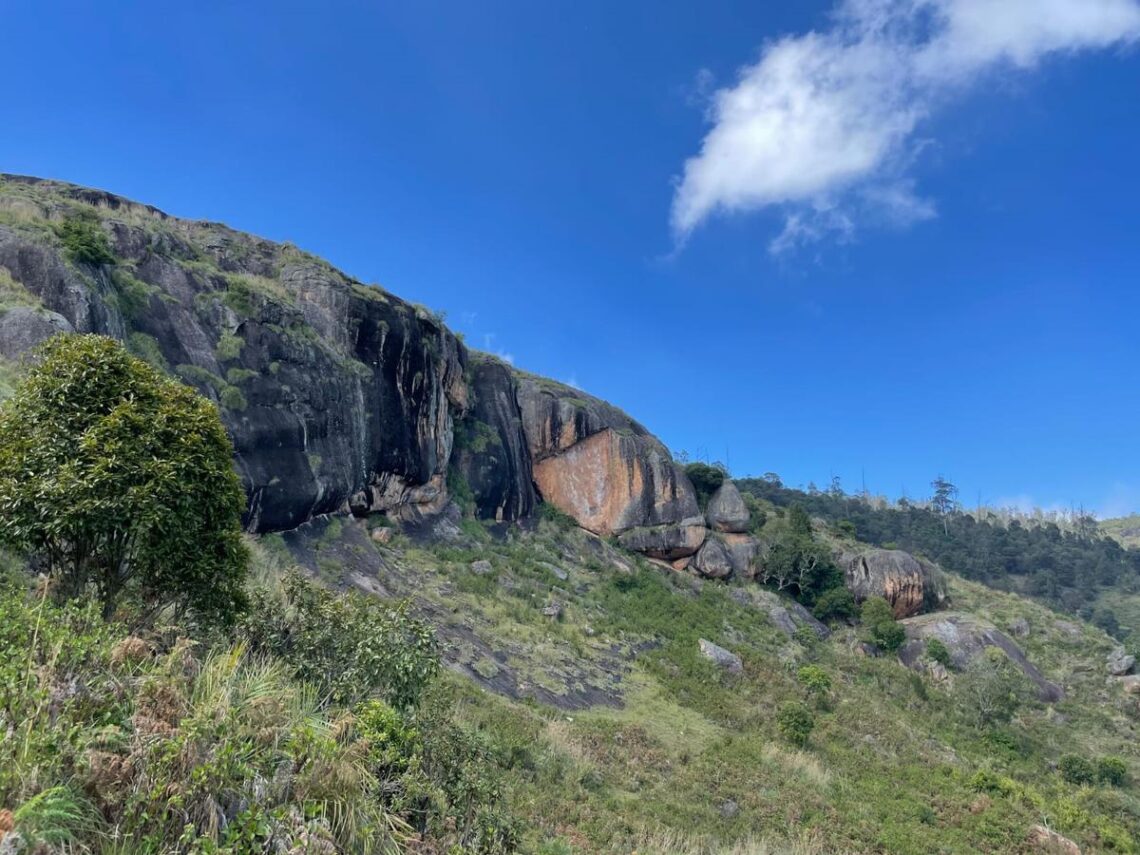 Five symbols that comprise a rock art site in Iduhatty, Nilgiris district, and closely resemble symbols used at other rock and cave painting sites in Europe could point to the arrival of modern humans to the Nilgiris as early as between 10,000 to 40,000 years ago.

Janardhan Nanjundan, from Thulithalai village, a National Geographic certified educator, ecologist and researcher, has been documenting the rock art site in Iduhatty, around 20 kilometres from Udhagamandalam town, and after consulting leading paleoanthropologists from across the world, believes that a small band of modern humans made their way across Europe, Asia and into India during the end of the last Ice Age.

“Paleoanthropologist and leading rock art researcher Genevieve von Petzinger, has identified 32 geometric signs of Ice Age Europe, which are seen with remarkable commonality in caves and rock art sites across Europe. In Iduhatty, five of these symbols – the circle, cordiform, dot, finger fluting and quadrangle (names given to identify the different symbols), are seen,” said Mr. Nanjundan. That the symbols were also painted in red ochre (iron oxide) is also consistent with rock art sites in Europe, he added.

Symbols in ochre, may have been messages “Ochre is a natural pigment, predominantly just an iron oxide with varying degrees of water molecules, which gives different sort of colours, from yellow to black. Heat-treating the ochre causes a chemical change and makes it a really vibrant red. Ochre is a mineral, it doesn’t’ wash away or decay, allowing it to persist through the ages. Ancestral Homo species started using ochre over 250,000 years ago,” he said.

“Without doubt, these signs were meaningful to their creators. We might not know what they meant, but people of that time certainly did. The message that they were leaving behind is more than just ‘I was here’; it’s actually the first way the early humans left each other notes,” he said, adding that there were 20 unique symbols in Iduhatty.

If the theory can be proven with carbon dating, it would mean that a small group of humans managed to make their way to the Nilgiris and managed to survive in the high altitudes of the Nilgiris hills, at least for a little while, before dying out or mixing with other primitive human populations. More research needs to be done to date the symbols seen at the rock art site in Iduhatty
| Photo Credit:
Special Arrangement

As the Iduhatty rock art site has not been studied thoroughly, as opposed to some of the other sites in the Nilgiris, such as Karikiyoor, it is difficult to precisely date the time period in which the symbols were drawn, said rock art expert, K. T. Gandhirajan, who said that more research needs to be done to understand the symbols and also to preserve such sites.

There are said to be 10 rock art sites in the Nilgiris, each with a unique history. Mr. Nanjundan said that though the Iduhatty rock art site is off-limits except to researchers, the symbols are fading due to a lack of effort to protect and preserve them. “We need to ensure that the signs and symbols at all the rock art sites are carbon-dated and photographed, so that anthropologists can study them in greater detail before they disappear or become damaged,” he said.

'Data for development' will be integral part of overall theme of India's G-20 presidency: PM Modi