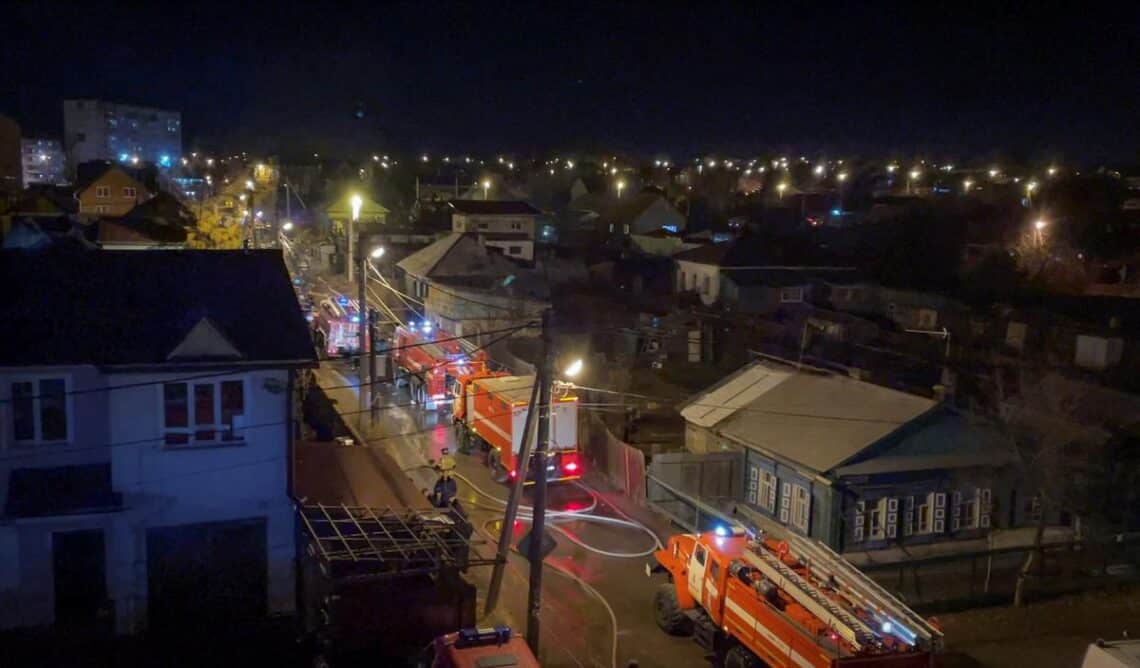 A warplane crashed into a residential building in the Siberian city of Irkutsk.

A warplane crashed into a residential building in the Siberian city of Irkutsk.

A Russian warplane crashed into a residential building in the Siberian city of Irkutsk Sunday, killing both crewmembers — the second incident in less than a week in which a combat jet has crashed in a residential area.

Irkutsk Gov. Igor Kobzev said the plane came down on a private, two-story building housing two families. There were no casualties on the ground.

The local branch of Russia’s Emergencies Ministry said the Su-30 fighter jet crashed during a training flight, sparking a fire.

A surveillance cam video posted on Russian social networks showed the fighter coming down in a nearly vertical dive. Other videos showed the building engulfed by flames and firefighters deployed to extinguish the blaze.

The crash came less than a week after another Russian warplane crashed near an apartment building in the Sea of Azov port of Yeysk and exploded in a giant fireball, killing 15 and injuring another 19.

Sunday’s crash was the 11th reported noncombat crash of a Russian warplane since Moscow sent its troops into Ukraine on Feb. 24. Military experts have noted that as the number of Russian military flights increased sharply during the fighting, so did the crashes.

Irkutsk, a major industrial center of more than 600,000 in eastern Siberia, is home to an aircraft factory producing the Su-30 fighter planes.

The Su-30 is a supersonic twin-engine, two-seat fighter that has been a key component of the Russian air force and also has been used by India and other countries.