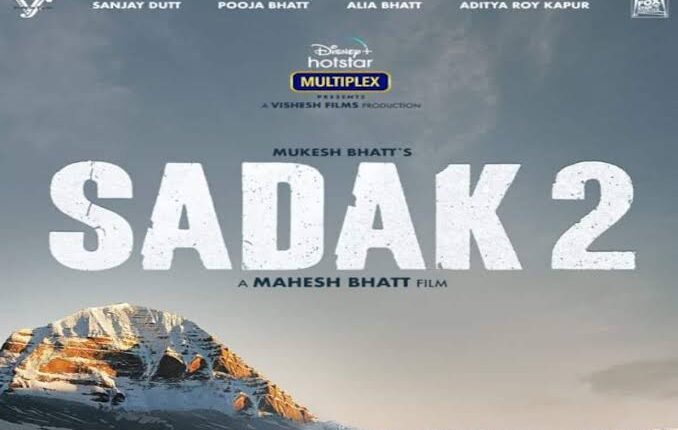 Sadak 2 Trailer: The most disliked video on Youtube India with over 7 Million Dislikes

Within a day of Sadak 2 trailer release, it has become the "most disliked" video on YouTube in India.

Mahesh Bhatt’s Sadak 2  trailer faced backlash because of ongoing nepotism debate in Bollywood. This debate prevailed after the suicide of Sushant Singh Rajput. His fans are speculating that he had been forlorn by the film industry due to favouritism. And that’s why fans are blaming Bollywood “insiders” for the unfortunate death. This list of insiders includes Mahesh Bhatt, director of Sadak 2, and his daughter Alia Bhatt, one of the film’s stars, who had spoken dismissively of Rajput.

In less than 24 hours, the trailer has accounted for over 6.5 Million dislikes, making it the most disliked video of Youtube in India. The trailer has already been bestowed with the most number of dislikes any movie could ever get.

Sadak 2 is a sequel to 1991 hit Sadak, directed by Mahesh Bhatt and starring his daughters Pooja  Bhatt and Alia Bhatt along with Sanjay Dutt and Aditya Roy Kapoor in pivotal roles, set to be released on Disney+ Hotstar on August 28.

Some days back Pooja Bhatt had Instagrammed a note her father Mahesh Bhatt shared with her about the movie. Mahesh Bhatt has returned to the director’s chair after almost two decades with Sadak 2. In the note, he had written, “Today as we begin the last leg of our journey, I feel unshackled… If the film works, it belongs to all of you. If it does not, it’s mine. That’s the duty and also the privilege of the director. You all gave me so much love and support for which I am very grateful. I love this film because each one of you made this possible.”

Sadak 2′ came under attention even more after it was rated on the ‘nepometer’, started by Sushant Singh’s brother-in-law, Vishal Kirti. The film was called 98 percent nepotistic. The nepometer official twitter account tweeted – “#Sadak2 is 98% Nepotistic. We rated it based on 5 categories, Producer, Lead Artists, Supporting Artists, Director & Writer. 4 out of 5 types have Bollywood Family members. When #nepometer is high, it’s time to #boycottbollywood

Will you watch this movie? Tell us in comments.”

All this chaos around the trailer made it a number one trending video on youtube, which prompted a reply from Pooja Bhatt in the form of a response to a tweet,

😄Am absolutely not! Lovers/Haters two sides of the same coin. Gotta hand it to both for giving us their valuable time and making sure we are trending. Thank you for your wishes! 🙏

So far the number of dislikes has been increasing, making it on top trending for now.

What are your views on this ongoing backlash? We feel Pooja has taken the backlash very sportingly. Tell us your thoughts in the comment section below.