9 Short Animes To Watch With Less Than 50 Episodes

If you have a deep interest in watching animes but don't have much time, here are some options with less than 50 episodes. 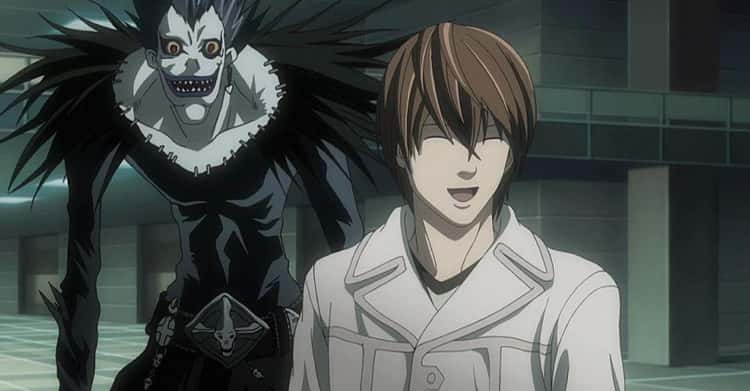 In a world where there is so much anime, it feels as though there isn’t enough time to watch it all. Not when the typical fantastic anime series has hundreds of episodes.

In today’s world, the average binge-watching audience may not have enough spare time to devote to a lengthy anime series.

There are still plenty of options for all of the busy bees out there seeking a quick yet delicious anime recommendation.

Not every anime has a large number of episodes to its credit. Some anime have a manageably short runtime that either hits the mark or leaves the viewer hungry for more as the final credits roll.

Light Yagami is a bright young guy who excels in school and has a strong sense of right and wrong. From the outside, he appears to be a good guy, but one day a notepad falls from the sky.

This is the “Death Note” that the death gods use to record the names of those who die at the designated time and in the way prescribed.

It becomes the tool of warped justice in Light’s hands. He “punishes” criminals and sows panic among the criminal underworld strategically, but he’s also wanted as a murderer.

Soon after, Light teams up with another genius known only as “L,” and one of the greatest cat-and-mouse games ever played unfolds. Every anime fan’s must-read list should include this dark and twisted tale.

One of the most brilliantly produced fantasy series, portraying the demise of a royal dynasty due to betrayal.

They set out on a quest with the surviving princess and her closest friend to find the mythical dragons who may be able to save the kingdom.

Without giving anything away, each of the dragons represents a different and vital philosophy of life, and believe us when we say that you’ll become so devoted to the characters that you’ll only want the series to continue.

One of the best tropes has to be academically successful people and their pride setting the mood for a prospective love tale.

On the one hand, we have Student Council President Miyuki Shirgane, and on the other, we have Vice President Kaguya Shinomiya, both of whom are far too proud to admit their feelings for each other.

This rom-com turns into a competition to see who can pull the love confession from the other first, making it both entertaining and fascinating to watch.

The British Empire has grown into a global force in the late nineteenth century.

The typical citizen has little opportunity of ascending to the top, where the filthy nobility governs over them all, due to the rigid class stratification.

He enjoys the easy life of a nobleman with his brothers Albert and Louis.

The story depicts the conflict between Dino, a mafia boss, and a teenage gang leader seeking atonement.

A high-school student with a parasite residing in his right hand discovers the truth as the human race deals with killings all across the planet.

When worm-like monsters known as Parasites come to Earth and attempt to take over people’s brains, Shinchi’s world is turned upside down.

When the parasites are unable to enter the brain through the nose or ears, a parasite known as mini enters Shinchi’s hand.

It’s incredible to consider how much of a lovable legacy and cult following Cowboy Bebop was able to establish with only 26 episodes.

It’s still regarded as one of the best anime series ever made, with a Netflix live-action remake starring John Cho as Spike on the way.

A weaker show would not have been able to sustain such a large and loyal fanbase in such a short amount of time, but thanks to some good writing and memorable characters with great chemistry, this became an instant and surprisingly impactful classic.

8. Your Lie in April

An eccentric girl with her own secret forces a piano prodigy who lost his ability to play following a horrific event in his childhood back into the spotlight.

Arima Kousei, a talented pianist, is the protagonist of the novel. He hasn’t played since a few years ago when he performed for his mother, who passed away.

Steins; Gate is the pinnacle of sci-fi anime brilliance. The premise is dull at first, but once the tempo gets up, the plot quickly escalates until you’re blown away by the excellent writing.

Okabe Rintarou, a broken but brilliant scientist, invents the time machine by accident, which changes his life forever.

As everything comes to a close, Stein; gate has you in tears and giving you shivers.

Also Checkout: 18 Songs That Make Us Feel Closer To God