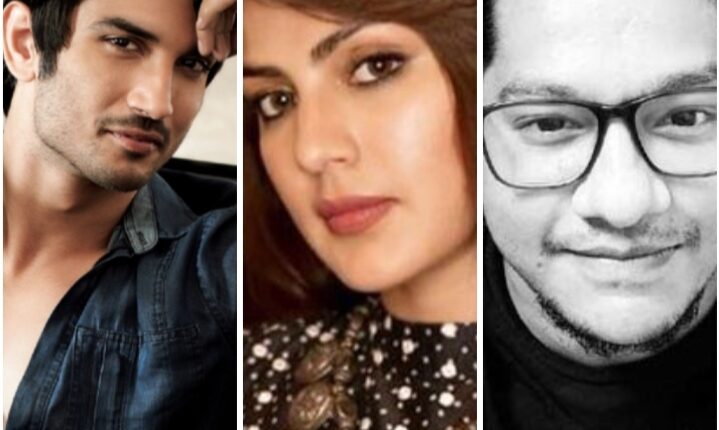 Sushant's family lawyer suspecting Siddharth Pithani's credibility as his statements about the case are getting changed.

Sushant Singh Rajput’s friend Siddharth Pithani’s statement added another knot to this tangled case. His statements are taking a volt about which has ultimately lead the late actor’s family lawyer to question his credibility. While the circumstances right now are not in the favour of Rhea Chakraborty, Sundar Pithani’s changed statement has now made a new addition into the case as he is claiming that Iate actor’s family is pressurising him to give statement against Rhea Chakraborty. He also added in a mail to Mumbai Police that he was being asked by late actor’s family to mention Rs 15 crore transaction made by Rhea.

Speaking to ANI Pithani said “Sushant’s family members told me about a Rs 15-crore transaction made by Rhea and asked me to mention this in my statement. I told his family members that I will only tell what I know and believe. They asked me to come to Patna. I met them after Sushant’s death.”

“But this sudden mode of change, I do not know. After this, I contacted the police and told them everything. They have given me an email address to share the information. I told police that Sushant’s family is asking me to say some things in my statement. I wish I really know about these transactions. If I knew about it, I would have given the statement. I have no idea about this Rs 15 crore,” he added.

Vikas Singh, Sushant’s family lawyer has confirmed that Siddharth was providing information against Rhea Chakraborty till July 25 and now his statements are taking a turn.
“Till probably July 25, he was talking to the family and trying to help by telling them that Rhea Chakraborty has been instrumental in whatever happened to Sushant,” the lawyer told Times of India.

“Suddenly, he has done a volte-face. I don’t know what happened, but I hope the police get to the bottom of the matter soon and find out what role he (Pithani) played in this case and whether he has any information that he hasn’t shared.”

“It is very surprising. If this was written to only the Mumbai Police, how did it reach Rhea? By now when this mail is coming in the public light, Rhea is already mentioned as an accused now in the FIR, so there’s no question of the police sharing it with Rhea. If Pithani had sent it to Rhea, his credibility is in doubt. In that case, it was only set up to file it in court.” he added.

According to Sushant’s lawyer, Pithani was living with Sushant when he died on July 14.

“This boy (Pithani) was living with Sushant and he was the one who discovered the dead body. So when he found the door locked, he did not open it until Sushant’s sister came. He waited for one-and-half hours,” the lawyer said.

On the other hand, according to Pithani he knew Sushant only from 2019 and has no idea of his life before that. However, he interacted with Sushant a night before his demise and believes that he was very upset about Disha Sailan’s case and the things that were being written about him.

“I knew Sushant since April 2019 and whatever happened before that, I’m not aware of it. I used to make content, Sushant saw my work, liked it and hired me. I joined his team to make films and documentaries. I’m not professionally associated with Rhea Chakraborty but I would make short videos for YouTube and Instagram for her. We were all staying together during COVID-19, so I used to make some creative videos for her. I was friends with Sushant only to a certain capacity, so I never used to ask him questions about his personal life”.

Amidst all this, a video has released in which Rhea made the statement “I have immense faith in God and the judiciary. I believe that I will get justice. Even though a lot of horrible things have been said about me in the electronic media, I refrain from commenting on the advice of my lawyers as the matter is sub-judice. Satyamev Jayate. The truth shall prevail.”

The case is getting complex day by day, statements are coming really thick and fast. In such a situation any changed statement might make this case a farrago of distortion. Till now nobody can really tell what the truth is and who is the real victim.