The Fifa world cup is in its complete swing with teams competing and fans cheering around the globe. The best players in the world are taking the spotlight in this celebration of football like no other. Qatar has introduced various highlights in this extravagant event and its ‘portable Football stadium: Stadium 974’ is one of them.

Qatar has made a special 40,000 seater transportable stadium. This is ‘stadium 974’ built with shipping containers that make it portable. Consequently,  this is the first time that a Fifa Football match will be played in a ‘Portable Stadium’.

This stadium is located in the Ras Abu Aboud region of Doha and was completed in November 2021. It was first used for the Arab World Cup before hosting the highly anticipated Fifa World Cup. The name of the stadium is related to the international dialling code of the country. Also, it is the total number of containers that were utilized in this stadium’s construction. 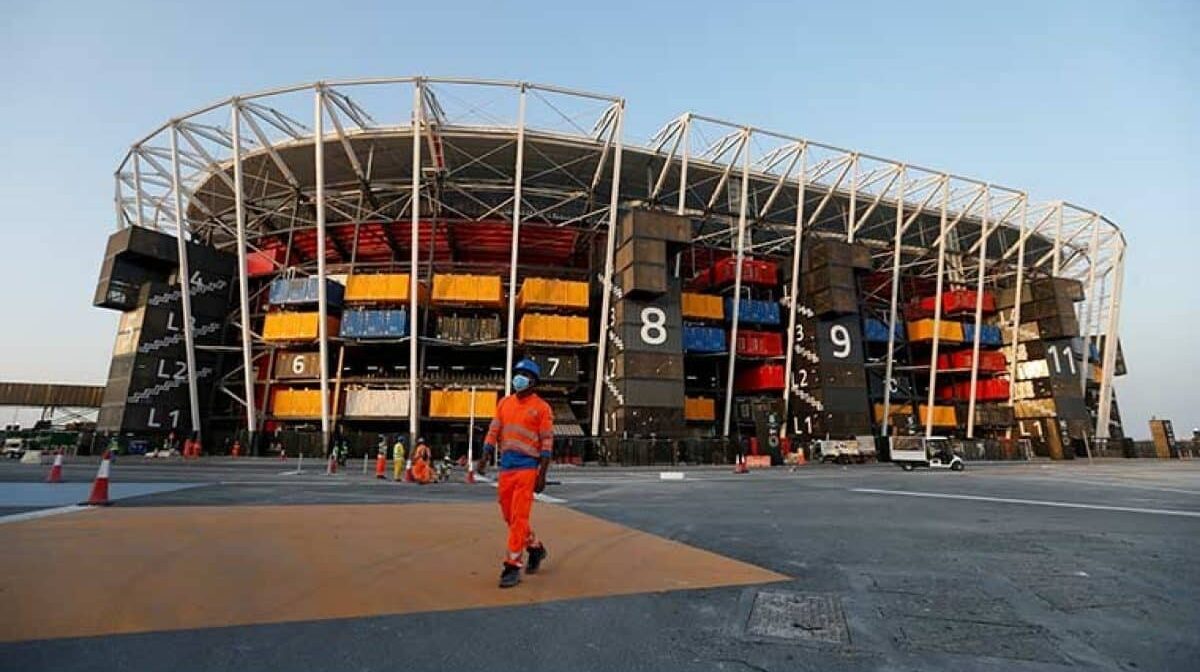 What makes the Stadium ‘unique’?

Stadium 974 is the first fully demountable football venue. This stadium symbolizes Qatar’s tradition of global trade and seafaring.  At the same time, it is located in the portside area. Consequently,  fans get a chance to view Doha’s coastal cityscape from there and experience the cool winds of the gulf. 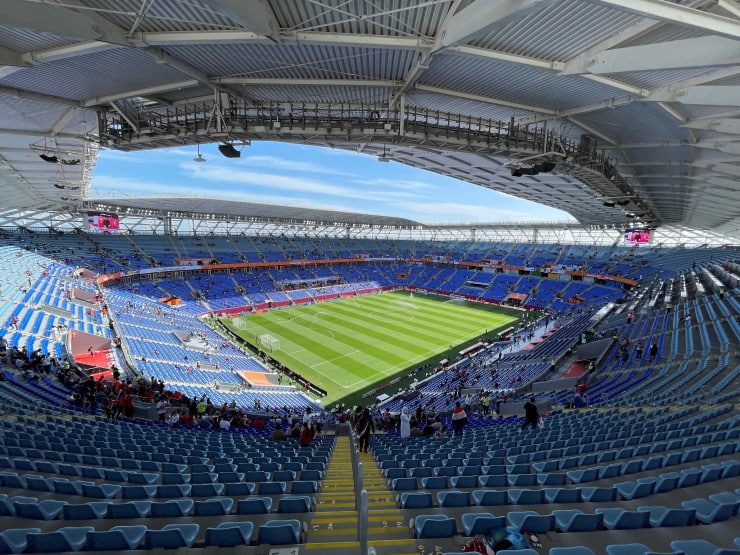 Apart from its symbolic meaning, it has an interesting architecture with modified shipping containers placed in a steel framework. There are bathrooms, skyboxes, and a media room in the stadium like any other stadium.

At the same time, the design involved lesser construction costs and time for building it. Moreover, it decreases the use of water in the stadium. So, it uses at least 40% less water than any other conventional stadium.

However,  it does not have an air conditioning facility as the design enables natural air ventilation.  The stadium was the venue for Mexico vs Poland, Portugal vs Ghana, France vs Denmark, and Brazil vs Switzerland games.

It was the first stadium that was seen by fans when they arrived in the country to watch the tournament as it is near the airport. Qatar has prepared a total of 8 stadiums to host the world cup. Another factor that makes this portable stadium unique is that it won’t end up in a bad or ignored way like other stadiums.

The Fifa World Cup is usually organized around June and July months. However,  as Qatar experiences extreme summer during that time of the year, it was shifted to winter. So, the Fifa World Cup is scheduled to end on December 18. Post that, the stadium will be dismantled.

After being disassembled, it will be sent in shipping containers to be taken to other countries. There it will be reassembled for use in the future. Consequently, this stadium will probably be used in Maldonado, Uruguay if the country manages to win its bid to host the 2030 world.

Qatar aims to donate the stadium to under-developed countries who want to use it. This will even carry a legacy of the previous world cups and upheld the concept of recycling.

Given the unique idea and benefits of this portable stadium used in Qatar for the Fifa World Cup, it has become the talk of the town. Also, it has promoted the trend of Sustainability through such big platforms.

Meanwhile,  Qatar has hosted the most expensive Fifa World Cup in history. Alongside, it has come under controversy for its rules and guidelines for the Football world cup.

Also Read: All you need to know about BTS Joining the Military and what it means for their fans?