A view shows the aftermath of an earthquake in Cianjur Regency, Indonesia, on November 21, 2022.
| Photo Credit: Reuters

A strong, shallow earthquake toppled buildings and collapsed walls on Indonesia’s densely populated main island of Java on Monday, killing at least 56 and injuring hundreds as people rushed into the streets, some covered in blood and white debris. Emergency workers were treating the injured on stretchers outside main hospitals, on terraces and in parking lots. Many included children, some of whom were given oxygen masks, IV lines and were being resuscitated.

Residents, some crying with children in their arms, fled damaged homes after the magnitude 5.6 quake shook the Cianjur region in West Java province in late afternoon, at a depth of 10 kilometers (6.2 miles). It also caused panic in the greater Jakarta area, where high-rises swayed and some were evacuated.

Rescue teams and civilians in Cianjur were looking for others who may have been buried in the debris of collapsed brick houses. The quake was powerful enough to bring down walls, chunks of concrete and roof tiles, some of which landed inside bedrooms.

“The quake felt so strong. My colleagues and I decided to get out of our office on the ninth floor using the emergency stairs,” said Vidi Primadhania, an employee in South Jakarta. A hospital worker carries an earthquake victim on a gurney outside a hospital in Cianjur, West Java, Indonesia on November 21, 2022.
| Photo Credit:
AP

Several landslides were reported around Cianjur. Among the dozens of buildings that were damaged was an Islamic boarding school, a hospital and other public facilities, the agency said.

Information was still being collected about the extent of casualties and damage.

Some victims and survivors were being taken to the government hospital in Cianjur, where emergency tents were erected and workers treated the injured. 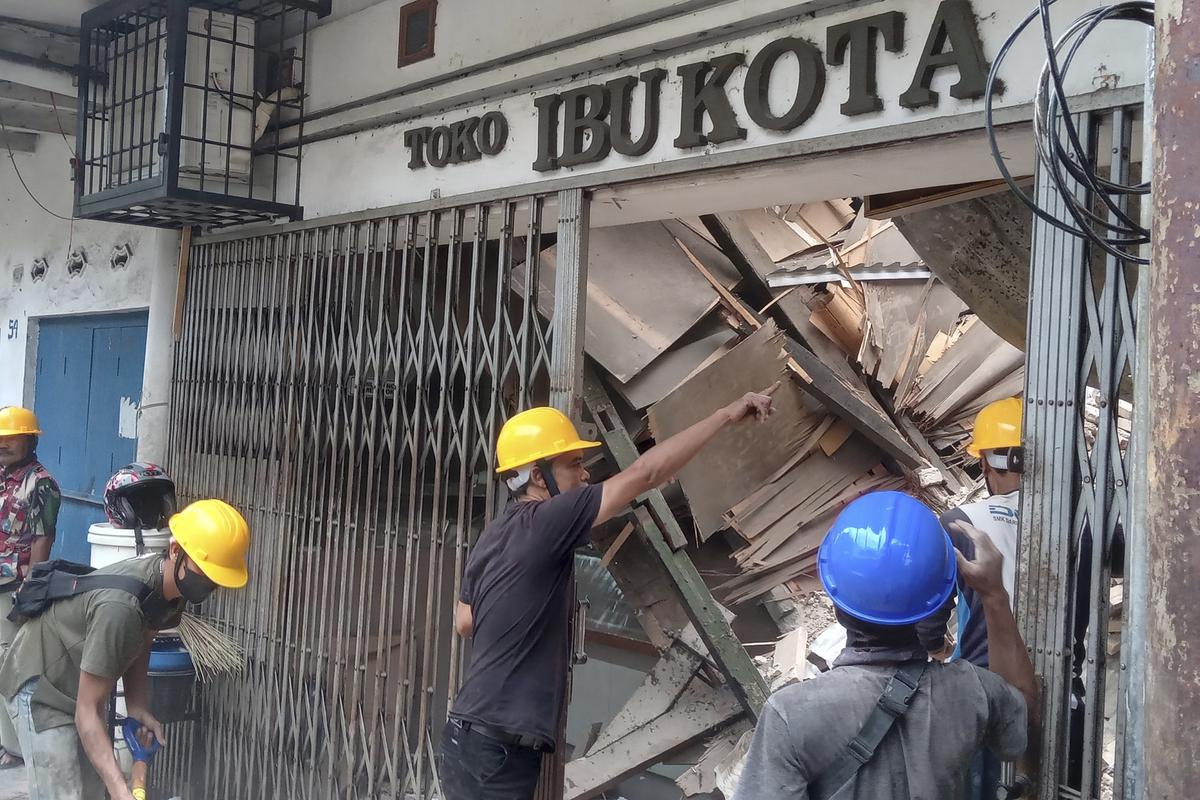 Earthquakes occur frequently across the sprawling archipelago nation, but it is uncommon for them to be felt in Jakarta.

The country of more than 270 million people is frequently struck by earthquakes, volcanic eruptions and tsunamis because of its location on the “Ring of Fire,” an arc of volcanoes and fault lines in the Pacific Basin.

A powerful Indian Ocean quake and tsunami in 2004 killed nearly 230,000 people in a dozen countries, most of them in Indonesia.