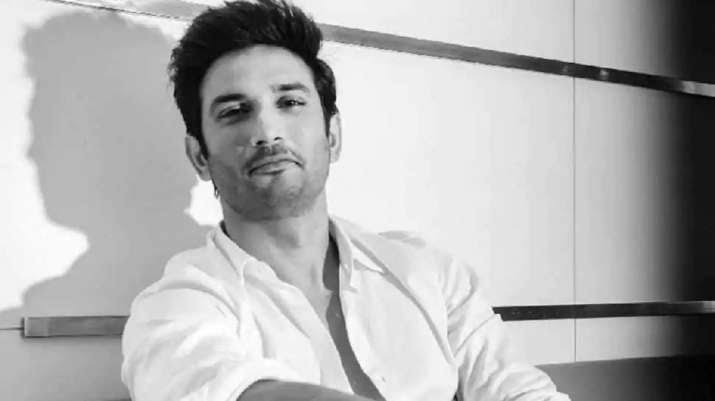 The "M.S. Dhoni" of the silver screen, Sushant Singh Rajput left this world on Sunday without saying goodbye.

The man with genuine battles, high ambitions, and appeal in his grin. The ‘M.S. Dhoni’ of the silver screen, 34-year-old Sushant Singh Rajput has left us numb on 14 June with the news of his suicide.

Sushant Singh Rajput was born on 21 January 1986 in Patna to Krishna Kumar Singh and Usha Singh.

His mother’s demise in 2002 left Rajput squashed and it was around this similar time the family moved from Patna to Delhi.

Rajput did his education from St. Karen’s High School in Patna and Kulachi Hansraj Model School in New Delhi.

He scored 7th in the DCE Entrance Exam in 2003 and managed a seat in the Bachelor of Engineering (Mechanical Engineering) class in Delhi College of Engineering. He was furthermore a National Olympiad Winner in Physics. Soon after this, he started participating in theatre and motion pictures.

Sushant left his college in his 6th semester and moved to Mumbai to pursue his aspirations and joined the Ekjute theatre of Nadira Babbar.

His first break was as a model in Nestle Munch ad that turned out to be very mainstream in India around then.

Initially, on television, he played the character of Preet Juneja in a daily soap, ‘Kis Desh Mein Hai Mera Dil’, and turned out to be very popular among the audience.

In June 2009, Rajput got his breakthrough as a lead in “Pavitra Rishta” as Manav Deshmukh. His work in this spin-off got wide appreciation, and Rajput got three critical TV awards for the best male and most well-known entertainer on-screen.

Sushant was an extremely talented dancer and had been part of a few celebrity dance reality shows that include; Zara Nachke Dikha 2 and Jhalak Dikhhla Jaa 4. During one of these shows, he performed on Mother’s Day recalling his mom. His act left everyone shocked and numb.

In 2013, he ventured one stride ahead towards his dreams by Abhishek Kapoor’s film ‘Kai Po Che’ which was based on Chetan Bhagat’s novel ‘Three mistakes of my life’.

In 2016, he showed up in Neeraj Pandey’s sports biopic ‘M.S. Dhoni: The Untold Story’, portraying Indian cricketer Mahendra Singh Dhoni. The film was lauded for Sushant’s acting. For the same Sushant got his first nomination of the Filmfare Award for Best Actor.

In 2017, he featured in Dinesh Vijan’s ‘Raabta’ which couldn’t do well but his chemistry alongside Kriti Sanon was admired by the audience.

In 2018, he worked in ‘Kedarnath’, a love story set inside the 2013 Uttarakhand flood, co-featuring Sara Ali Khan. In this film, he played the role of Mansoor Khan, a Kashmiri youngster who went gaga for a Brahman young lady and relinquished his life to save hers.

In 2019, he did Abhishek Chaubey’s ‘Sonchiraiya’ with Bhumi Pednekar. Furthermore, around the same time, he showed up in Nitesh Tiwari’s film industry hit and the widely praised film for his acting aptitudes ‘Chhichhore’, where he lectured the lesson to ‘never give up’.

Soon thereafter, he featured in ‘Drive’ alongside Jacqueline Fernandez, which is a Netflix unique film.

His one film based on “The fault in our Stars” was about to be released however adhered because of lockdown.

As the news of Sushant Singh Rajput suicide broke on the web, celebrities and fans of the star grieved his demise. Numerous huge and notable personalities of Bollywood took to their social media handles to pass on their misery and grieve of his demise and imagined a scenario in which they may have the option to support him.

He was solid, he was splendid, and so forth? They realised he was experiencing a ton!

What will this sympathy do now? If they knew, then for what reason didn’t they gave him the helping hand?

It has been said that Sushant Singh Rajput was experiencing a ton of individual issues and was combating severe depression for as long as a half a year and seeking guidance from a psychiatrist.

Sushant for more than once in his interviews referenced that he was never welcome to parties in Bollywood as though the business had still not acknowledged him as a section. A few times his greatest tasks got down. It was guaranteed that there is an entire Bollywood mafia going on against him.

There is this well-known dialogue of Sushant from one of his film PK:

The man with the baneful grin, the entertainer, artist, entrepreneur, and philanthropist. Who was against casteism and had spoked constantly over the issue.

Sushant adored astronomy and was a stargazer, presently turned himself into the star, someplace high out of our span. He was a superb man with a splendid brain who looked for everything with enthusiasm from quantum physics to space science and exploration. He has likewise visited ‘NASA’ for so. He was a cherished believer and a supporter of STEM education.

Some are saying that he may be experiencing money related issues which can’t be valid as a renowned MP of Kerala Mr. Shashi Tharoor tweeted that he donated Rs. 1.25 Crore during the flood in Kerala a year ago and 1 crore in 2018 for the same. It is only that he never made his donations public, like others.

His suicide left people contemplating what could be the reason. He was going all smooth. As this case is turning more towards a mystery, Sushant’s family and friends are not ready to believe his actions and have asked for a CBI investigation of the matter. The crime branch of Mumbai police is taking the investigation further into its roots. 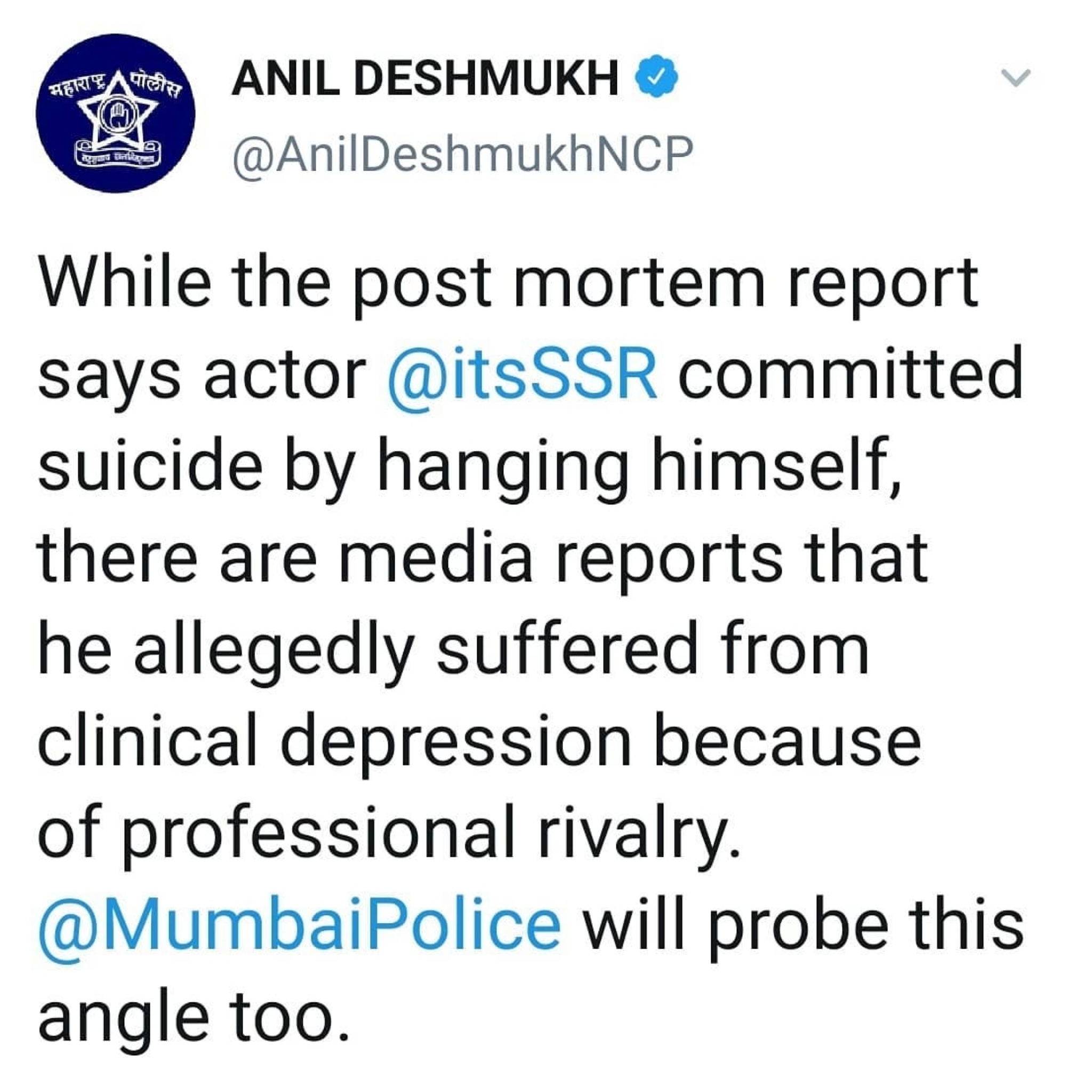 It is immensely disheartening to accept the demise of the actor Sushant Singh Rajput. The actor with million dreams who had manually written 50 activities before I die. The dust list had left unfulfilled now.

There have been mere speculations made by various well-known faces of BOLLYWOOD from the director Shekhar Kapur to the actress Kangana Ranaut who blamed Bollywood for their sin and Nepotism: 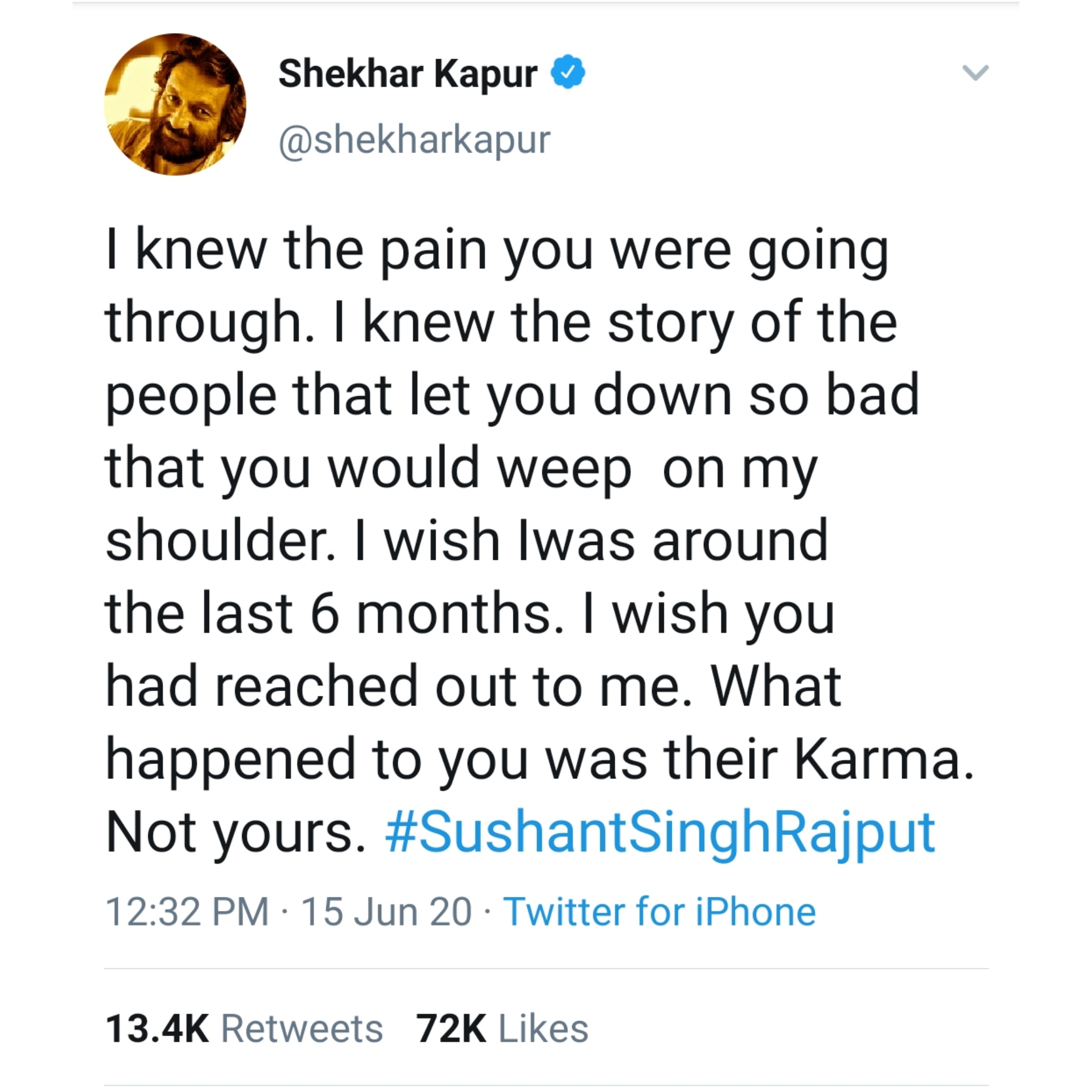 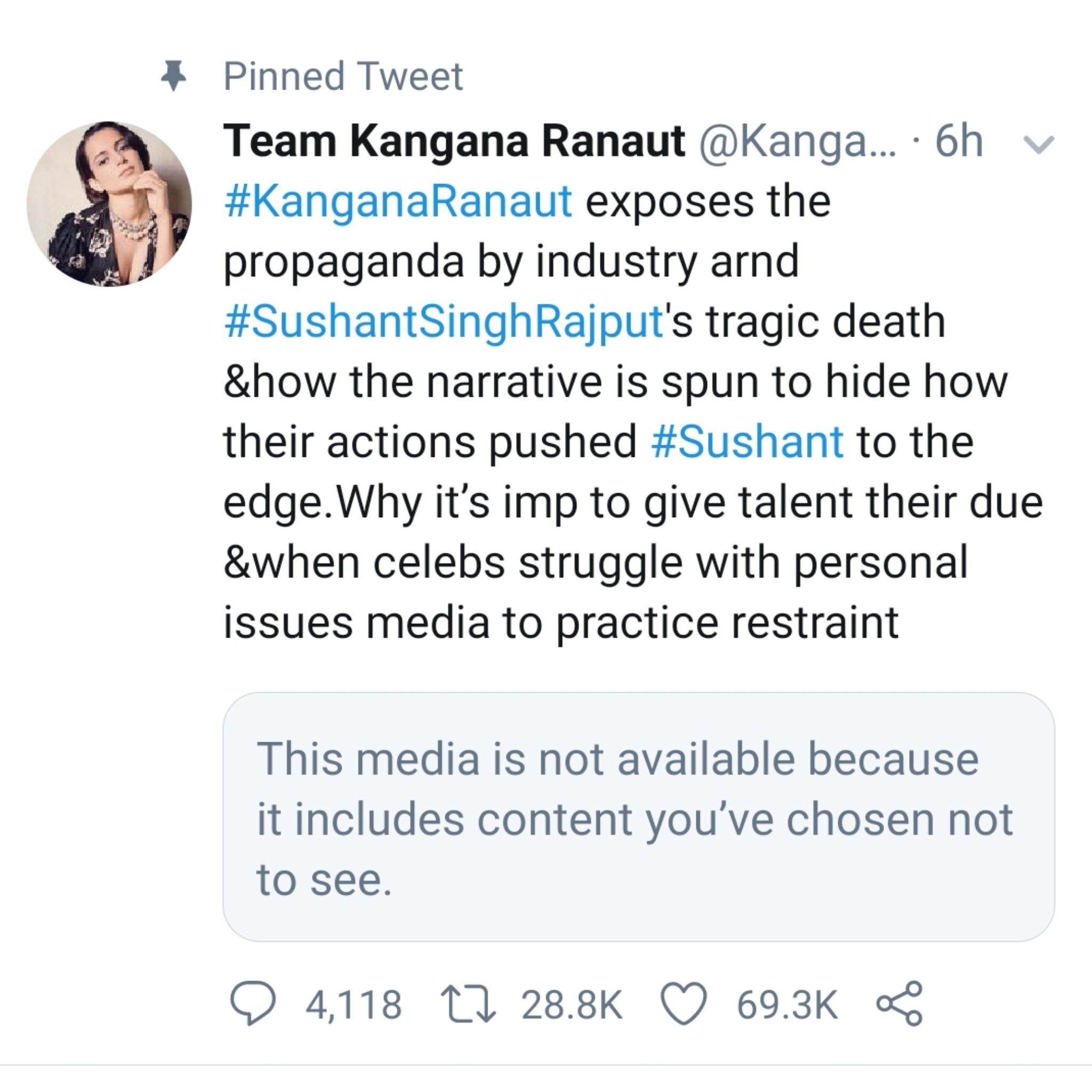 By all this, we can finally conclude that Bollywood is the shrewdness business needn’t bother with the demise of the precious stone like him and will keep moving!!

We trust now he is fit for shouting ‘Kai Po Che’ more uninhibitedly and joyfully as opposed to this world brimming with pietism.

Pakistan’s CFV at the J&K district, fires mortars along LoC

Virtual classes with strained eyes or schools with risks of community transmission. What will parents choose this pandemic?