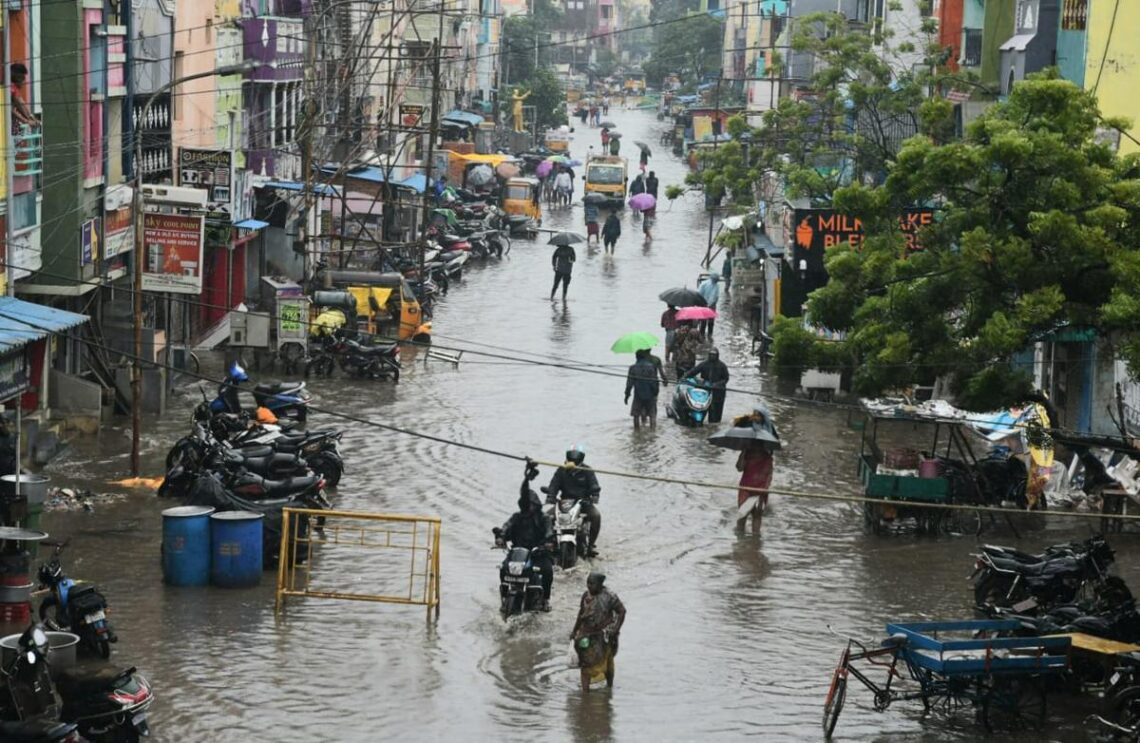 Following heavy rain, authorities have declared holiday for schools and colleges in about nine districts on Tuesday, November 1, 2022.

Following heavy rain, authorities have declared holiday for schools and colleges in about nine districts on Tuesday, November 1, 2022.

Overnight rains lashed Chennai, its neighbouring districts and other regions of Tamil Nadu and rainfall continued on Tuesday as well, leading to inundation in parts of the State capital and nearby areas. 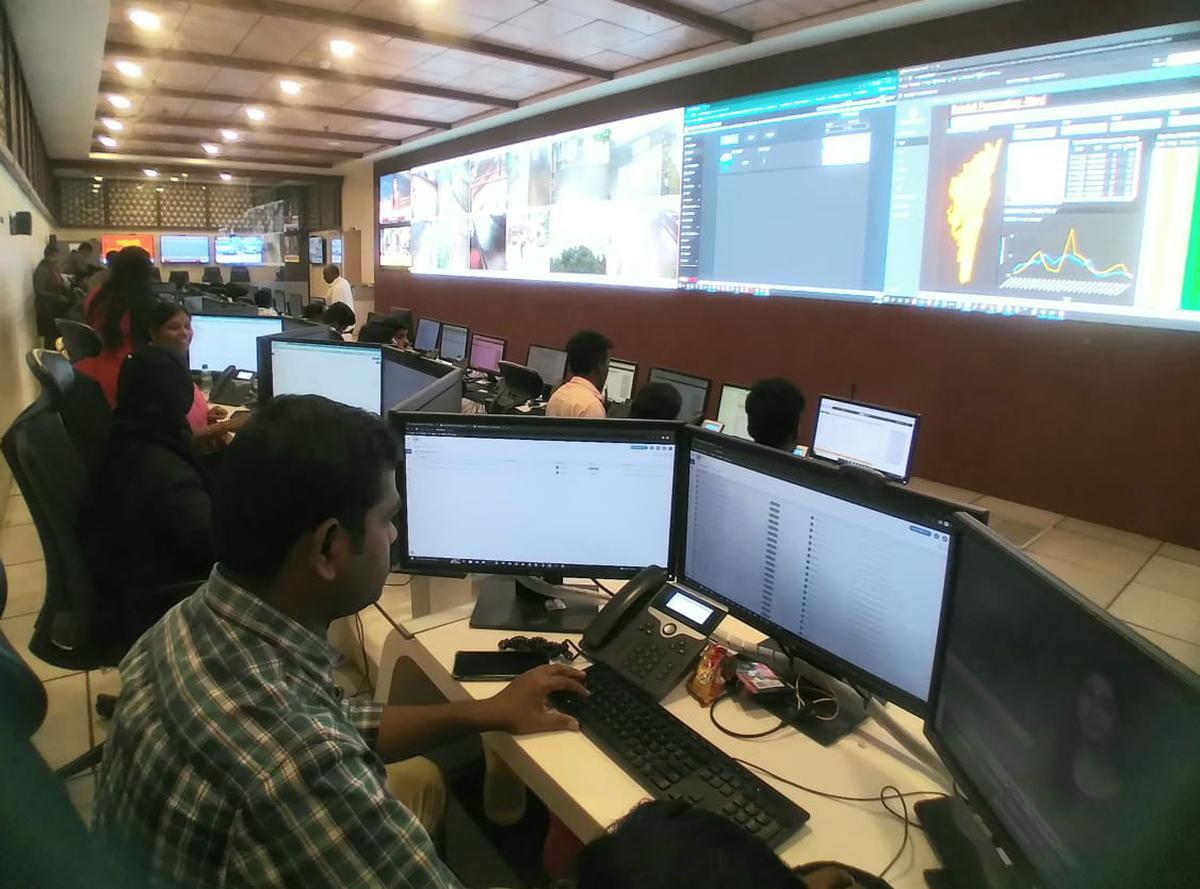 A war room has been set up at the Chennai Corporation office for monitoring rain-related incidents in the wake of the Indian Meteorological Department’s red alert about heavy rainfall in Chennai and parts of Tamil Nadu on November 1, 2022
| Photo Credit: B. Jothi Ramalingam

Tamil Nadu Chief Minister M.K. Stalin chairs a virtual meeting in his camp office in Chennai to review the works being undertaken in view of the northeast monsoon — Dennis S. Jesudasan

The Chennai Corporation on Tuesday, received several complaints about water stagnation in 40 locations in the 15 zones of the city. As many as 25 locations have been cleared on Tuesday.

The Corporation has also installed motor pumps at 124 low-lying areas to prevent water stagnation. As many as 19 trees have been uprooted Many office-goers had a tough time to reach their destination either by their two-wheelers or cars as rain water flooded the roads of the city that has seen nearly continuous rainfall since late Monday evening.

The city witnessed flooding on arterial roads such as General Patterson Road, Walltax Road, Eldams Road, Anna Salai and other places as well. Pedestrians also had difficulties in moving from one place to another due to the water inundation on the roads. — R. Sivaraman

According to TANGEDCO officials, there were no reports of disruption in electricity supply in the city.

The services has also not been disrupted in major parts of the city despite heavy rains, officials said. TANGEDCO officials have been to directed to report to duty at their section offices

Separately, department officials have been creating awareness about the precautionary measures to be taken by residents, through social media to residents welfare associations, to avoid electrocution — R. Srikanth

Despite the heavy rains lashing the city, public transport comprising buses, suburban and Metro trains, are, as of now, being operated normally, without any disruptions. — R. Srikanth

Greater Chennai Corporation authorities inspected several areas and said that there was no rain water stagnation in localities including KK Nagar-Rajamannar Salai, and subways like Ganesapuram in view of preparatory measures and storm water drain work. Flood monitoring cameras have been installed by authorities in localities vulnerable to flooding.

Inundation in parts of Chennai

Overnight rains lashed Chennai, its neighbouring districts leading to inundation in parts of the State capital and nearby areas.

Several stretches in and around the arterial Anna Salai, the congested localities of north Chennai including parts of Pulianthope and neighbourhoods tucked away in southern parts of the city and suburbs witnessed waterlogging, resulting in traffic congestion and slow movement of vehicles.

Holiday in four taluks of Tiruvannamalai

The District Collector has declared holiday for schools and colleges in Cheyyar, Vandavasi, Chetpet and Vembakkam taluks of Tiruvannamalai district due to rain — D. Madhavan

( With inputs from PTI)