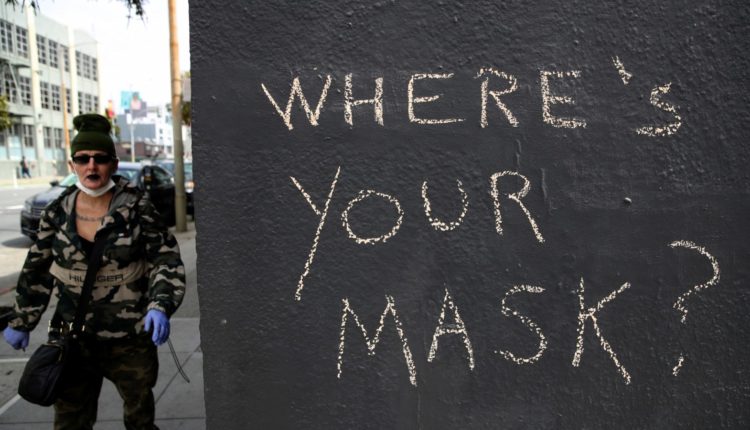 The face mask as a social nudge: 4 common myths

Wearing mask is declared as strategy to curb the pandemic. Look at why some people do not wear masks and discuss what scientific evidence says about wearing them.

Step outside your door without a face mask and you may well get a disapproving look. People wearing a mask has become a ubiquitous sight in many places in Asia, including India. Now many European nations also have issued advisories to wear a mask in certain public settings, and in England, the latest advice is to wear a face-covering in “enclosed spaces where social distancing is not always possible”, such as public transport and some shops. Several US states have also given similar advice, and even the White House now makes it compulsory for all staff to wear face masks – though Trump’s usual reluctance to cover his mouth and nose in public has been a point of controversy during the nation’s coronavirus crisis.

For many of these countries, mask-wearing was a cultural norm even before the coronavirus outbreak. They’ve even become fashion statements. Some places take this idea very seriously: in some parts of China, you could be arrested or punished for not wearing a mask. In Singapore, it’s now compulsory to wear one outside or risk a fine of S$300 (£170, $210).

People who do not wear masks in these places have also been stigmatised, to the point that they are shunned and blocked from shops and buildings. In Hong Kong, some tabloids have splashed pictures on their covers of Westerners not wearing masks and congregating in groups in the city’s nightlife district and criticised expatriates and tourists for not taking enough precautions. But the discrimination works both ways.

I'm so tired of being harassed for wearing masks in the US. I wore a mask on my way to work today. One man walked up and coughed loudly at me. A few minutes later, another man aggressively approached me&asked: "r u a nurse?" I'm no nurse. I just know what's coming for all of us.

In the US, it’s become an issue of personal freedoms, with some arguing that making everyone wear face masks infringes on civil liberties. The city of Stillwater in Oklahoma was forced to soften a mask law to an advisory after threats of violence, while a Michigan security guard was killed after he barred a shopper who didn’t have a mask from entering a store. 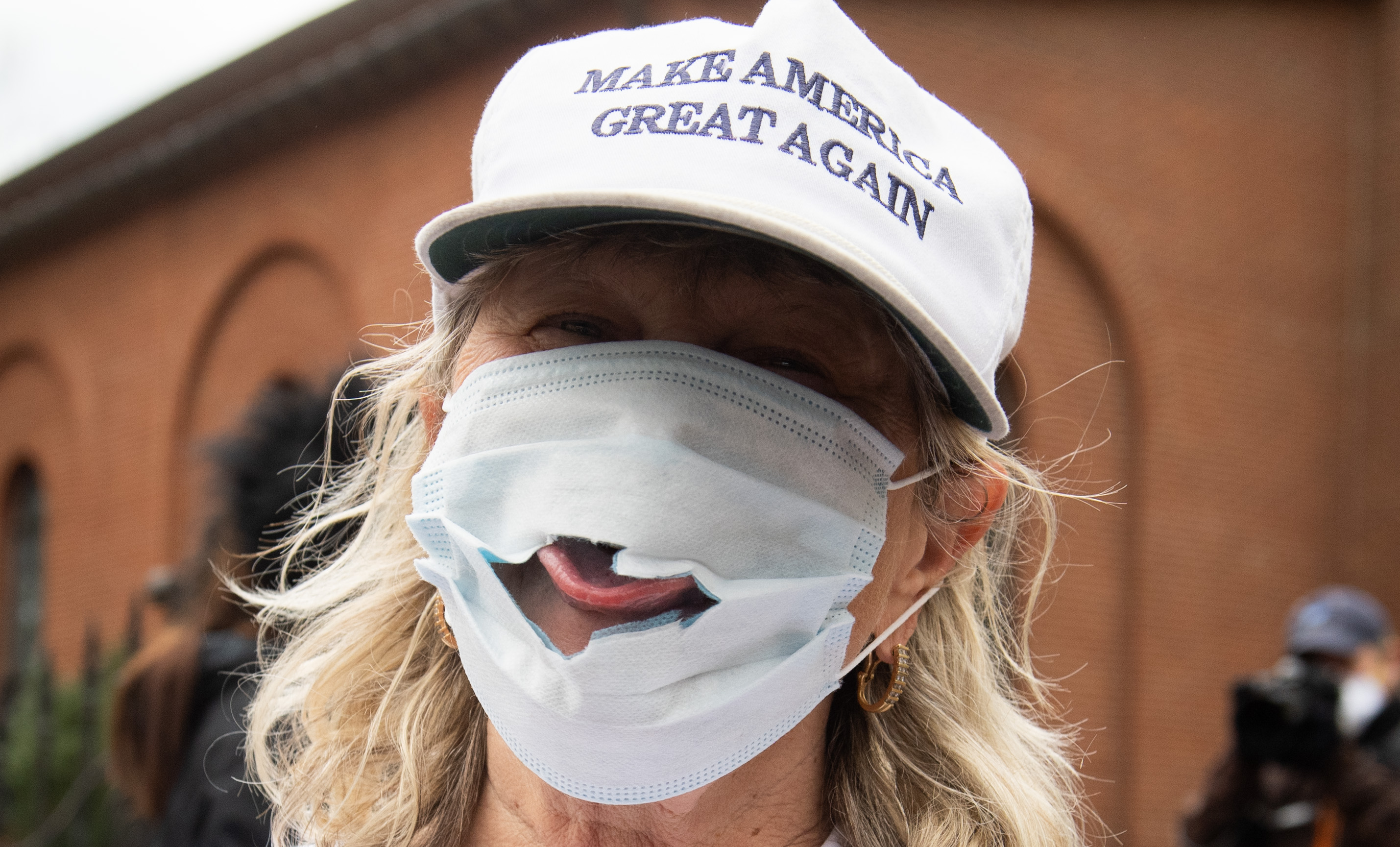 Why some people embrace masks while others shun them is not just about government directives and medical advice – it’s also about culture and history, a debate over evidence, and even about personal liberties. Yet, not every place or person has adopted the use of face coverings.
But those societies that do advocate everyone wearing a mask may have a point and increasingly, experts are now questioning the official WHO advises.

In this Feature article, we explore four reasons why some people choose not to wear masks. We look at the claims behind these in the context of the scientific evidence that is available today.

All data and statistics are based on publicly available data at the time of publication. Some information may be out of date.

1. Non-medical Masks offer no protection to the wearer

Both the Centers for Disease Control and Prevention (CDC) and theWorld Health Organisation (WHO) now recommend cloth masks for the general public, but earlier in the pandemic, both organizations recommended just the opposite.

These shifting guidelines may have shown confusion among the public about the utility of masks. These claims represent the essence of the argument around whether to wear a mask. The primary aim of asking the general public to wear masks where physical distancing is not possible is not to protect the wearer. Instead, this public health measure aims to stop people with a SARS-CoV-2 infection who are asymptomatic or presymptomatic from transmitting the virus. Experts refer to this as source control.

Rather than protecting the wearer, source control seeks to block the release of virus-laden droplets into the air that surrounds the person wearing the mask. Several research papers have shown that simple face coverings can reduce the number of droplets, and perhaps some aerosols, to some extent.

Claim: There is no scientific evidence to say that masks are effective

Prof. Trisha Greenhalgh from the University of Oxford in the United Kingdom has voiced her support about using face masks in several prominent research journals.

“The argument that we should not recommend face coverings because there are no published experiments is out of step with other public health policy on infection control in general and [COVID-19] in particular,” she recently wrote in the Journal of Evaluation in Clinical Practice.

“Mathematical modelling suggests that a face covering that is 60% effective at blocking viral transmission and is worn by 60% of the population will reduce R0 to below 1.0.”

R0 is the technical term for the basic reproduction number, which refers to the number of other people to whom a single person can try when the R0 is below 1, each person with SARS-CoV-2 will transmit the virus to less than one other person, reducing the overall number of cases in the population over time.

3. Masks may increase the risk of infection

Claim: Masks can become contaminated very quickly, and every time the wearer breathes in, they inhale contaminants

Masks can be a source of infection for the person wearing them, according to the WHO.
The CDC recommends that people do not touch their face covering while wearing a face mask in public and that they wash their hands if they do so accidentally.

A 2017 study involving 16 healthcare professionals showed that self-contamination was common when the volunteers were putting on and removing medical-grade personal protective equipment. Medical-grade masks block microorganisms from reaching the wearer’s nose and mouth. It is not clear whether this applies to homemade face coverings as well.

In a recent study, which as not yet undergone peer review, researchers tested different fabrics to see how many different sized droplets would pass through.
“We found that most home fabrics substantially block droplets, even as a single layer. With two layers, blocking performance can reach that of a surgical mask without significantly compromising breathability,” the authors wrote in the manuscript.

Claim: Masks can lead to pneumonia or other lung infections

There is no evidence indicating that masks increase the wearer’s risk of developing pneumonia or other bacterial, viral, or fungal lung infections.
The WHO acknowledges that if a person wears the same mask for a long time, microorganisms may grow on the fabric. The CDC recommends that a person removes the face-covering once they return home and washes it before using it again.

“All masks should be changed if wet or visibly soiled; a wet mask should not be worn for an extended period of time.  Either discard the mask or place it in a sealable bag where it is kept until it can be washed and cleaned,” the WHO advises.

One small study looked at 39 volunteers who had end-stage renal disease and received dialysis during the SARS pandemic in 2003. The researchers found that 70% of participants who wore an N95 respirator for 4 hours during treatment experienced a fall in oxygen levels.

Another study found no differences in the oxygen levels in 10 intensive care nurses who wore N95 respirators for their shifts.
Carbon dioxide poisoning is very rare, and experts mostly associate it with accidents that occur in confined spaces, such as ships and mines.

Hypercapnia, or hypercarbia, occurs when a person has too much carbon dioxide in their blood. Hyperventilation and some lung conditions can lead to hypercapnia. It can manifest as dizziness and headaches at the mild end of the spectrum, and confusion, seizures, and coma at the severe end.

Research from 2006 found that during the SARS pandemic in 2003, healthcare workers who wore N95 respirators for more than 4 hours at a time were more likely to develop headaches.

A representative from the CDC recently spoke to Reuters about hypercapnia: “The CO2 will slowly build up in the mask over time. However, the level of CO2 likely to build up in the mask is mostly tolerable to people exposed to it. You might get a headache, but you most likely [would] not suffer the symptoms observed at much higher levels of CO2. It is unlikely that wearing a mask will cause hypercapnia.”

Claim: Masks are dangerous for people with certain health conditions (COPD, asthma), as they may restrict breathing

The WHO acknowledges that people living with asthma, chronic respiratory conditions, or breathing problems may experience difficulties when wearing face masks.
The CDC recommends that anyone who has trouble breathing should not wear a face covering.

To wear a mask or not?

Whether a person decides to follow public health advice and wear a mask is down to individual choice, at least in countries where wearing masks is not mandatory. This might never be a clear-cut topic, and there may be no resolution for those who prefer to consult a large body of well-conducted scientific studies to help them make their decisions.

Some experts think that conducting randomized control studies to tease out the exact contribution that masks may make to slowing the spread of SARS-CoV-2 is likely impractical.

Some people may find wearing a mask a straightforward adjustment to their daily lives and will readily wear a mask when venturing out to crowded places, doing the groceries, or visiting friends.
For some people, such as small children and people with breathing problems, wearing a mask is not practical or possible. However, these people may still benefit if others wear them. 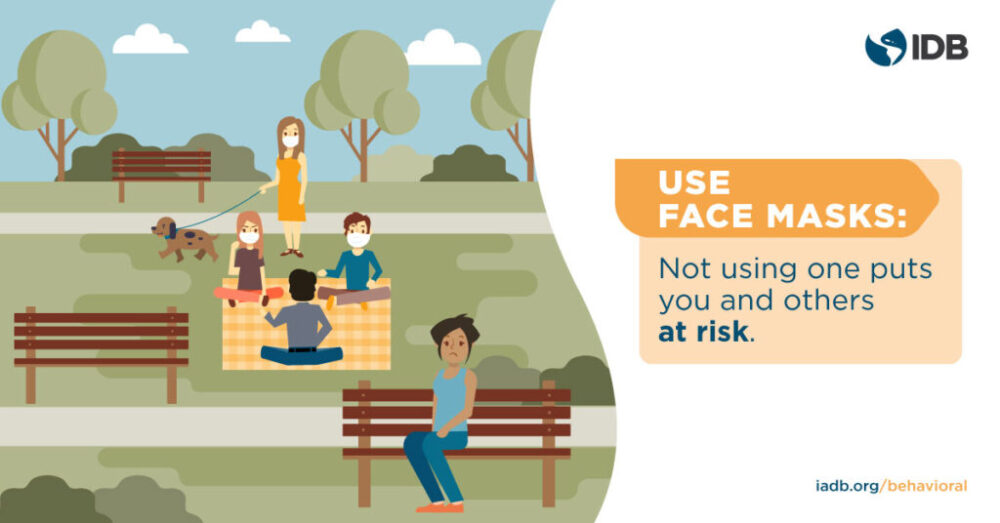 From Poetry to Politics: In Conversation with Hussain Haidry On His Journey

The muddled case of UP’s Akhlaq Salmani attacked in…