Black Mirror, in its satire, glimpsed at a possible absurd reality

Social interactions, online or otherwise, are an incredibly important part of our social reality.

Dare I say, it is one of the very foundations of our social reality. We create, validate and fracture our collective fictions in real-time through social interactions. Throw the internet in the mix, and you have scalability, chaos, unpredictability, and meta-narratives competing for attention.

This is something the entire online ecosystem of creator class has been wrestling with. Let’s examine how this is unfolding. One argument is that it could be a natural progression: we spend so much time online producing, there’s a sense that we should be compensated for that. It’s too much of a lob-sided outcome, where few influencers win alongside the platform itself. The tendency for value, specifically monetary value, trends back towards the social networks compensating the influencers at the peak. Whether it’s incentivizing streamers or offering exclusive features, we are seeing the monetization around social interaction accelerating at a rapid pace, as opposed to the “free and always will be” nature of social platforms’ beginnings. 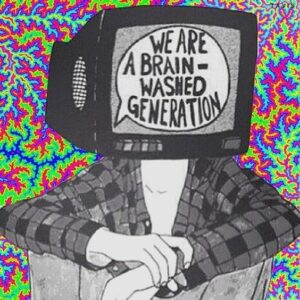 There’s widespread criticism of producitivising all aspects of life, professional and personal. However, it is simply human nature, or at least our cultural nature, to feel satisfaction from production. We want to feel valued, and useful. With the sheer amount of time we spend online collectively, it’s an idea worth considering that people might seek opportunities to feel validated through monetary compensation in these spaces.

This seems like a Black Mirror episode if and when brought out to scale beyond the designated content creators/influencers/creator economy. To put it succinctly, in the gradual realization that one’s traditionally professional identity, online or otherwise, is not valued and is not opening the spectrum of opportunities to the certain extent they anticipated they’ve turned to all parts of their identity to produce financial value. Hoping that some form of social production may bring them a more satisfying dollar. We’ve always wanted work to feel like play. “When you start loving what you do…”.

But the compression of work and social is not the same as converting work into play. When you have to convert a social interaction into a monetary opportunity, what are we actively measuring? What aspect of the work/play dichotomy is birthing the tension inherent into this conscious self-branding of identity? The delineation of space and purpose gives us a cohesive context for making sense of the world. How it all fits together. The more blurring those lines become, the less it makes sense.

We begin to see too much of one thing in the other muddying intentions and expectations. An amorphous shape-shifting ecosystem that determines your intentions. Isn’t that diametrically opposite to what was promised in the golden days when social media was in its nascent stages? That you, the user, gets to decide the narrative and choice, instead of the other way round.

It morphs back to the theory of socially quantified self and setting interface as a point, the plane of virtual existence that defines the value of one’s social interaction. Everything, by the very nature of this consistent self-perpetuating pressure, becomes a social network, everything becomes an interface to play your game. 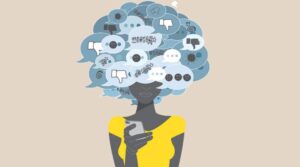 You’re born into a network, branching out like tendrils in all directions of time and space, into potentially infinite connections. Histories and layers of interactions, conflicts, romances, production, shitposts, fragmented knowledge. This spirals back into all institutional ecosystems of growth. For instance, schooling, college, office. College, another constantly changing interface of time compression. The history and achievements of those before you lending validity and significance to you in the present and future endeavors.

And then college comes to an inevitable end, we are forced out from our safe microcosm into the chaos of the world, we go out and join — well whatever we want to call the metamorphosis of/into youth — the workforce I suppose. Our tangible work contributes to an organization or company in quantified compensation, aka salaries. We unlock deeper levels of networks as we navigate. Like colleges, they crystallize and offer new senses of validity and access in your circle of competence. Example- Products like Slack, Notion have built an understanding of organizations as networked organisms.

It is interesting to observe how work — especially entertainment, advertising, finance, tech is like a social network — people funding/promoting/supporting the work of people who they know, not necessarily meritocratic. The tension of work/industry functioning similarly as a social network is interesting to think about as we’ve had more access to social technologies and the reflections it affords us.

Twitter and LinkedIn particularly foment these professional networks to visibility in the public eye. And in the deconstructionist culture of both interfaces, we whine through constant production within these networks the reflections that despair us.

We all want to climb the social ladder. The quantified self-tied to social-professional identity. Compressing and fracturing our digital self, leveraging a bit of e-girl behavior on top of the content profession, or an edge-lord ironic boi that’s also a principal at a venture fund. We blend the lines. We melt the nature of appropriate interaction. And constantly obscure the expectations across identities. What we are seeing reflected is what happens when we make monetization an expansive possibility within the platforms we interact in. 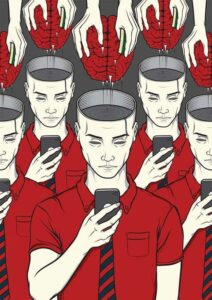 Any social media/app/product design is inherently culture design. It is embedded(mostly unconsciously but sometimes deliberately) with the philosophy of the founders who more often than not are themselves the peak products of a culture.

And so the question arises, what are we losing sight of, what are we sacrificing in this potential design and subsequent cultural mindblowing acceleration? I want to hypothesize that we are losing a sense of hospitality. A holistic sense of community, without a notion of the transaction value. Does the design begin to force a question — not of “do I enjoy this interaction” without expecting a professional growth point, an opening of opportunity? Is this interaction worth it?

The compression of each social interaction holding the potential for compensation is an optimization of status games reaching and feeding businesses built around the cultural production and consumption of identity itself. Mediated by interface we create tiers and verticals of potential friends, closeness, connections instead of spaces of mutual recognition, and just plain fun. It’s our relationship with technology rooted in a Faustian bargain.

Modern software technology as an industry-culture has a very specific obsession around this undefined market valuation and target tied to status. We see it deeply in the crypto space and tokenizing one’s self (NFTs) We see it in alternative education paths with ISA-driven schools like Lambda or On Deck. Both leading to a very pre-defined pre-structured outcome for the student. At the core, they all focus on the value of programming (both provided by the institution or the individual self-tokenizing)

It’s hardly a matter of time before McLuhan’s wisdom crops up in discourse about communication but what is interesting to ask here is what kind of culture this phenomenon of self tokenizing, incessant self-branding, predetermined schools are inclined to produce? After all, the medium is the message.

This compression (and specific directional expansion) cycle we’ve been meditating on, does not exist within an isolated iteration circle of a single product progression. It’s reflective of understanding the emergent needs of a monolithic, internet residing, global culture that exists within rapidly changing economies. We’ve been living in an ad-sponsored free platform huge social economies for the past couple of decades and we are witnessing the creator economy’s growth rapidly in sync with the proliferation of these platforms

What we have to carefully look at and ask is, what is the end game here?

What do we want for ourselves? What does this techno-utopia ask of ourselves?

My assertion is that in recent years the tech companies’ aggressively constructed, planned and effectively deployed transformation of individuals into heaps and heaps of data sets has essentially money balled the entirety of human social reality.

An emergent framework of the individual as a sum total of their profiles based around quantified status games is very likely diminishing our ability to recognize and hold dear the intrinsic value of interactions, of building communities — and in this intangible, inexpressible, psychic loss we enable a path towards commodified consumption of self and others. Or in other words… what makes us human. Almost seems like a classic science fiction narrative, except the stakes, are real this time.

A Silent Crime: The pervasive horridity of Child Abuse