The Reichsbuerger | Resurgence of far-right extremism in Germany 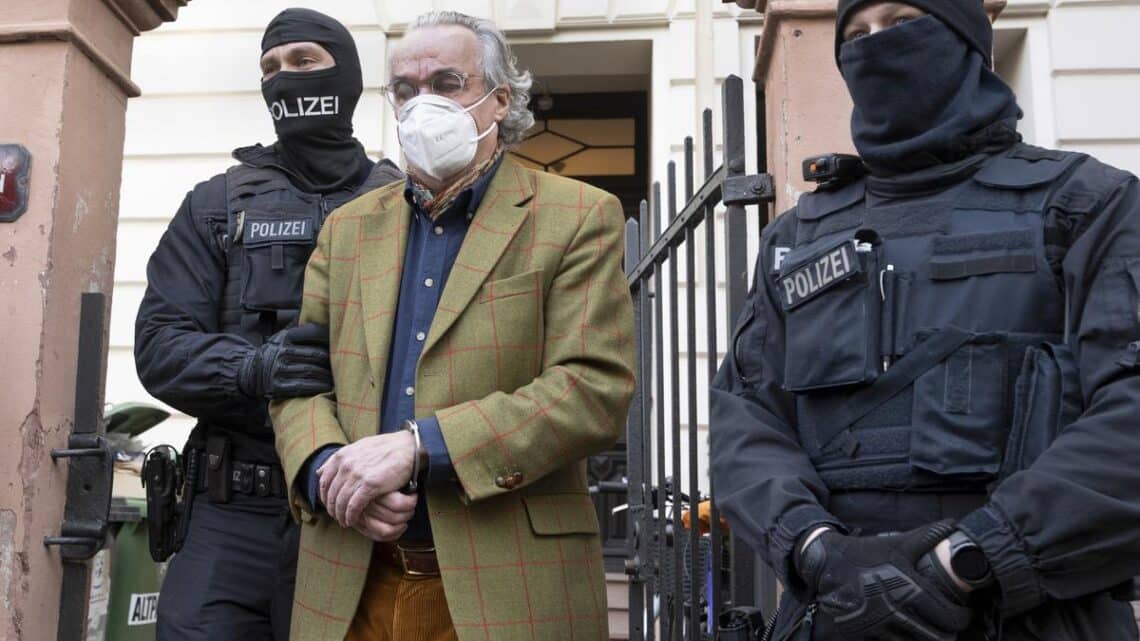 In what has been described as one of the largest ever counter-terrorist operations in Germany, on the morning of December 7, the police raided 130 properties across 11 states and arrested 25 individuals of a far-right group on charges of plotting to violently overthrow the German state. The group, which consisted of members of a shadowy far-right movement known as Reichsbuerger (‘Citizens of the Reich’) had even set up a ‘council’ to take over. Some members of the group were also planning to force their way into the German Parliament.

Among the arrested suspects was aristocrat and businessman ‘Prince’ Heinrich XIII, from the erstwhile royal family, the House of Reuss, which had ruled over parts of eastern Germany in the past. While the Reuss family has distanced itself from Heinrich XIII, the plan apparently was to make him the monarch after the putsch. Also detained was Birgit Malsack-Winkemann, a former MP from the far-right Alternative for Germany (AfD) party. Heinrich had reportedly reached out to Russia for support but there was no evidence that Russia had responded positively. German President Frank-Walter Seinmeier has described the alleged coup plot as “a new level”.

The Reichsbuerger movement, which is not widely known outside Germany, has been on the radar of domestic security agencies for some time. Germany, with its Nazi past, has been particularly sensitive to rightwing extremism. That has, however, not prevented the rise of far-right movements or parties such as the Alternative for Germany, which has representatives in German Parliament. The Reichsbuerger movement consists of several splinter groups loosely aligned along varying shades of disenchantment with the German state. Its ideological core is the illegitimacy of the German republic and the pressing necessity to replace it with a “new state order”. Since the German state is not legitimate, there is no obligation either to follow its laws. Many of the Reichsbuerger believe Germany is yet to fully free itself from Allied occupation post-World War-2, while others are convinced the country is actually a private corporation. Beyond these beliefs, the Reichsbuerger worldview turns into a cocktail of neo-Nazi, anti-Semitic views and assorted conspiracy theories.

It has been reported, for instance, that many Reichsbuerger are strongly influenced by QAnon, an American far-right political movement which believes that the world is ruled by a network of Satanic, liberal-woke child sexual abusers who conspired against Donald Trump during his tenure as President of the United States. Just like the American far-right, the Reichsbuerger love guns and hate lockdowns. Its members, along with those of allied groups such as the Querdenken (‘lateral thinking’) and Selbstverwalter (‘self-governing’) believe in resisting state authority. Some of them refuse to pay taxes, or pick up fights with government departments. Others design their own passports and identity documents to show allegiance to the Reich – as the German state was called until 1945, with the Nazi regime being the ‘Third Reich’. They believe the Third Reich still exists and for it to reestablish itself officially, Germany, which is in the grip of a ‘Deep State’, ust throw off its shackles.

Members of the group were highly active during the anti-lockdown protests in Germany. They used the frustrations against the lockdown to mobilise new members. Although the typical Reichsbuerger is likely to be a single, white, middle-aged, under-socialised male, members come from all walks of middle class life—businessmen, teachers, doctors and employees of federal security agencies. In fact, for the government, one of the most alarming aspects has been the involvement of serving members of the German special forces. As per a report in May this year, over 200 state security personnel had links to Reichsbuerger or Selbstverwalter. The German magazine Der Spiegel reported that among the raided properties was the barrack of a special forces unit, KSK.

Federal German prosecutors estimate the overall strength of the Reichsbuerger at 21,000, with about 2,100 susceptible to using violent means to achieve their goals. In fact, there have been reports of Reichsbuerger members fatally wounding policemen who attempted to confiscate their weapons. While their actual numbers are still small and it is unlikely that they would have been able to carry through with their alleged plot against the German state, their very prevalence points to a troubling reality – the existence of a fertile base that an aspiring tyrant could exploit in the near future.

Explained | What does a price cap for Russian oil mean?