by Kazima Abbas
in World, News
Reading Time: 2 mins read
A A 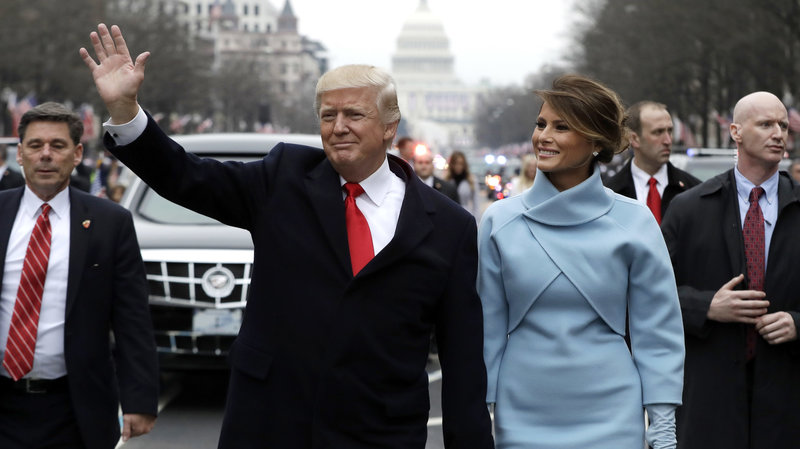 President Trump waves to supporters as he walks the parade route with first lady Melania Trump after being sworn in on Jan. 20. Photo Credit : Getty Images

Donald Trump refuses to attend Joe Biden inauguration on January 20th
On Friday, President Donald Trump refuses to attend the inauguration of president-elect Joe Biden, who is set to take over as the United States President in less than two weeks. Trump declared this on Twitter without mentioning the president-elect by name, just a few hours after he finally acknowledges that Mr. Biden had won the race to the White House.

Trump finally condemns the violence by his supporters a day earlier at the Capitol. He led off a video from the White House, in which he says that now he is focused to ensure the orderly, smooth and seamless transition of power, he calls for a moment of healing and reconciliation. This would be the first time he admitted that his presidency would end soon.

“To those who engaged in acts of violence and destruction, you do not represent our country. And to those who broke the law, you will pay,” Trump said.
On Friday, Joe Biden in a press conference said that he agreed that Trump should not attend his inauguration and that this is one of the few things he and trump ever agreed on.

Democratic House Speaker Nancy Pelosi called Trump “the most dangerous person who should not continue in office,” after the incident that happened outside the capitol building.

She called this a state of emergency because Trump himself summoned the supporters during his speech in a rally for the wild protest and ask them to fight against the false allegation made by him of fraud in an election held on 3rd November, and this backfired him when his supporters begin heading towards the Capitol Hill, fought through police barricades, jump off the walls of and force themselves inside the lawmakers’ chambers.

Throughout the violence, one woman civilian was shot by the US capital police, and three other people died during medical emergencies, reported by Washington DC Police. Donald Trump then told his supporters through a tweet to go back and told his supporters “we love you, you are very special.”

Trump admitted on his Thursday’s video that he immediately sent the members of the National Guard to the Capitol to restrain the situation over there.

However, The New York Times declined this and said Trump rejected the requests to send the troops. It has been reported that the National Guards provided for the support during the Biden inauguration ceremony will be fairly close to the previous inaugurations.