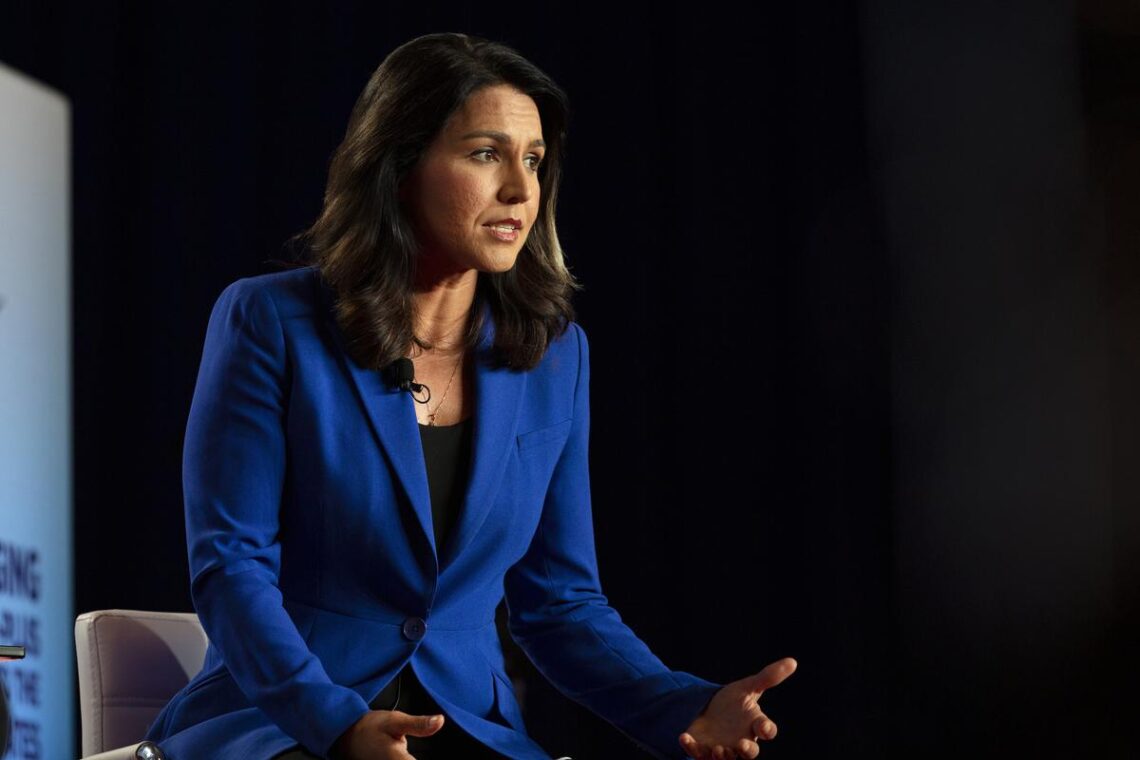 Tulsi Gabbard, who retired from the House of Representatives last year, made the announcement on Twitter

Tulsi Gabbard, who retired from the House of Representatives last year, made the announcement on Twitter

Former Congresswoman and the first Hindu American to run for the White House in 2020, Tulsi Gabbard, on Tuesday announced that she is leaving the governing Democratic Party, denouncing it as an “elitist cabal of war-mongers.”

Ms. Gabbard, 41, who retired from the House of Representatives last year, made the announcement on Twitter. She has, however, kept everyone guessing on her next move.

I can no longer remain in today’s Democratic Party that is now under the complete control of an elitist cabal of warmongers driven by cowardly wokeness, who divide us by racializing every issue & stoke anti-white racism, actively work to undermine our God-given freedoms, are… pic.twitter.com/oAuTnxZldf

“I can no longer remain in today’s Democratic Party – which is now under the complete control of an elitist cabal of war-mongers driven by cowardly wokeness,” Ms. Gabbard said in a tweet.

Ms. Gabbard was the first-ever Hindu to be elected to the U. S. House of Representatives in 2013 from Hawaii, and she was subsequently elected for four consecutive terms.

“The Democrats of today divide us by racialising every issue, stoking anti-white racism, and are actively working to undermine our God-given freedoms enshrined in our Constitution,” she said in another tweet.

She quit the party ahead of next month’s crucial mid-term elections.

“The Democrats of today are hostile to people of faith and spirituality. They demonise the police and protect criminals at the expense of law-abiding Americans,” she noted.

Estranged within the Democratic Party

Ms. Gabbard had found herself increasingly estranged within the Democratic Party following her failed candidacy bid in the 2020 Presidential primary.

“The Democrats of today believe in open borders and weaponise the national security state to go after political opponents. Above all else, the Democrats of today are dragging us ever closer to nuclear war,” said Ms. Gabbard, who was a soldier in the US Army Reserves and veteran of three deployments.

Ms. Gabbard, a fierce critic of President Joe Biden, has lambasted him for ‘pouring fuel on the flames’ of the division in the country.

Ms. Gabbard exhorted other members from the Democratic party to follow in her footsteps.

“I’m calling on my fellow common sense, independent-minded Democrats to leave as well. If you can no longer stomach the direction that so-called woke Democratic Party ideologues are taking our country, I invite you to join me,” she added.

9 Songs From Bollywood That Make You Think About The Special One!