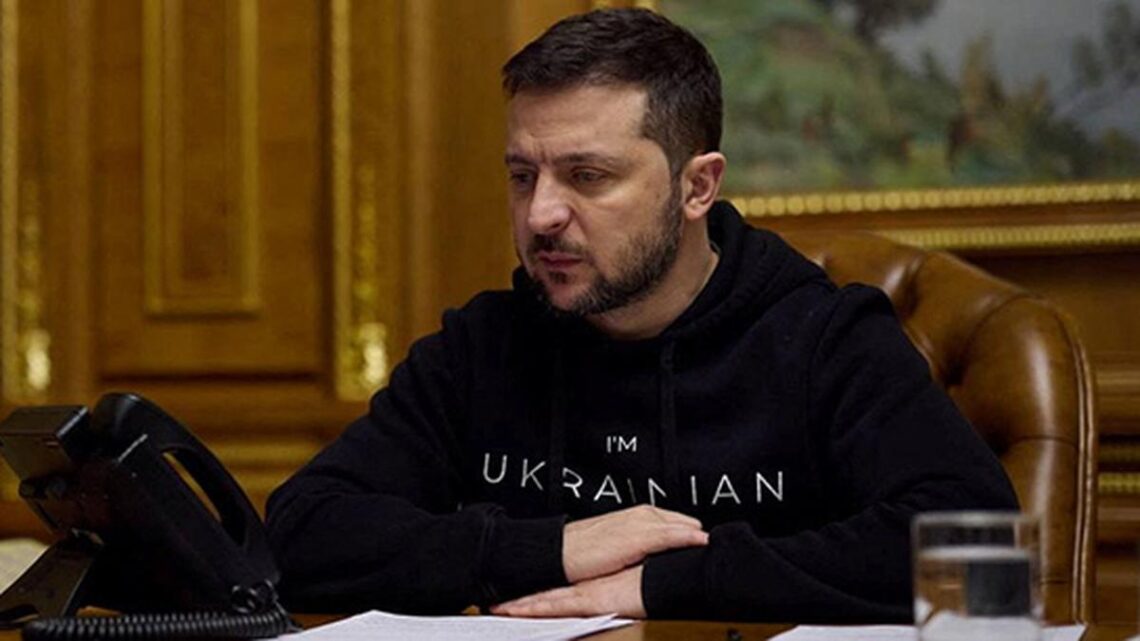 While maintaining a tough stance on the supply of Russian oil to India, Ukraine has gradually intensified diplomatic and security conversation with India and given the dialogue a structured shape especially in the last three months. Two “URGENT!” letters sent by the Ukrainian side to the Ministry of External Affairs (MEA) that The Hindu reviewed indicate that apart from President Volodymyr Zelenskyy and Prime Minister Narendra Modi, the current phase of dialogue between the two sides includes Andriy Yermak, Head of the Office of the President of Ukraine and National Security Adviser Ajit Doval from the Indian side.

In the letter sent on December 9, the Ukrainian side sought support to schedule a phone call between PM Modi and President Zelenskyy “at the nearest possible time to discuss the topical issues regarding the latest development and prospects of the Ukrainian-Indian bilateral cooperation.” The letter was sent a day after NSA Doval and Mr. Yermak held a telephone conversation. According to the official website of the President of Ukraine, Mr. Doval and Mr. Yermak held a round of telephone conversation on December 8 that took up the “Grain from Ukraine humanitarian initiative” that was started by Mr. Zelenskyy. It was further mentioned that India received a shipment of 37,500 tonnes of edible oil from Ukraine during the last few weeks. “Ukraine will welcome the accession of the Republic of India to our Grain from Ukraine initiative,” said Mr. Yermak.

On Monday, President Zelenskyy announced the telephone conversation that he had with PM Modi saying, “I had a phone call with PM Narendra Modi and wished (India) a successful G-20 Presidency. It was on this platform that I announced the peace formula and now I count on India’s participation in its implementation. I also thanked for humanitarian aid and support in the UN.”

It is noteworthy that PM Modi had a telephone conversation with President Vladimir Putin of Russia on December 16 in which the Indian leader had called for “dialogue and diplomacy” to resolve the war in Ukraine. PM Modi and President Putin were expected to meet in December for the annual India-Russia summit but neither side confirmed the cancellation of the summit while maintaining that the summit was not “scheduled” for December.

The previous conversation that Prime Minister Modi had with President Zelenskyy was scheduled on October 4 in which he had reiterated his position on dialogue and offered India’s help in finding a peaceful end to the conflict that has unleashed widespread destruction in Ukraine and left thousands of soldiers and civilians dead and energy infrastructure destroyed. A day after that conversation the Embassy of Ukraine sent a letter marked “URGENT!” that requested the “Indian Side to arrange telephonic conversation between H.E. Andriy Yermak, Head of the Office of the President of Ukraine, and H.E. Shri Ajit Doval, National Security Adviser of India at the nearest possible time to discuss further implementation of the results of the bilateral contacts at the highest level”. Understandably, that requested Doval-Yermak conversation was held on December 8 leading up to the dialogue between the Indian PM and President Zelenksyy earlier this week.

India has so far maintained diplomatic neutrality regarding the crisis and has abstained from western attempts to condemn Russia. Mr. Doval earlier in August visited Moscow and met his Russian counterpart Nikolay Patrushev who is known to be one of the closest associates of President Putin.

The Ukraine-India part of the dialogue has till now encompassed PM Modi, President Zelenskyy, Mr. Yermak and Mr. Doval. Prime Minister Modi has been in contact with President Putin and President Zelenskyy throughout the last 10 months of the war in Ukraine that began with Mr. Putin announcing a “special military operation” against Kyiv on February 24. Prior to that, he had met PM Modi in Delhi on December 6, 2021 for the India-Russia summit. PM Modi had met President Zelenskyy in Glasgow on the sidelines of the COP26 summit on November 2, 2021. Mr. Yermak and Mr. Doval had followed up on that meeting with a telephonic conversation on November 30, 2021. Earlier, the two leaders had connected during the second wave of the COVID-19 pandemic when President Zelenskyy had sent a letter to Prime Minister Modi seeking help to ensure supply of COVID-19 vaccines during April-June 2021. This had paved the way for the meeting in Glasgow.