Siddhant Chaturvedi, not just the rising star but a professionally qualified CA; the very first thing yet unknown right? 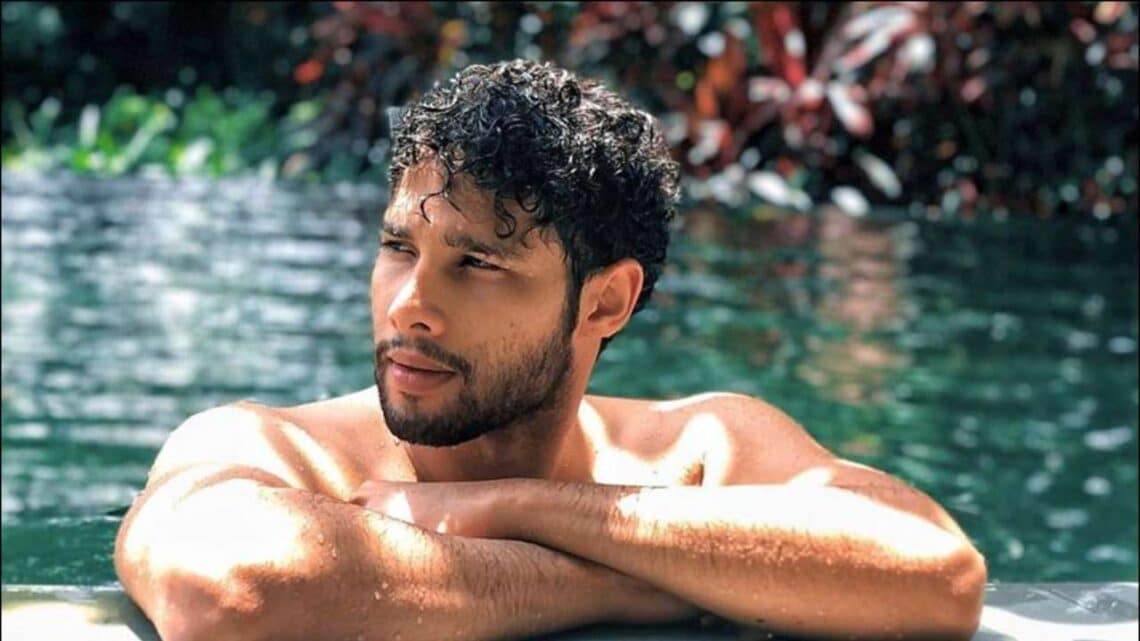 Chaturvedi plays MC Sher, a local rapper who mentors the younger child in the coming-of-age drama about Murad Ahmed (played by Ranveer Singh), a would-be rapper striving to escape the slums of Mumbai.

Gully Boy has been the highest-grossing Bollywood film outside of India since its debut in February, establishing Chaturvedi’s worldwide fame and assuring him a bright future in the process.

He’s back on our radar with Gehraiyaan, and this time he’s romancing Deepika Padukone in a film that promises to be a must-see! Siddhant, who is devilishly gorgeous, has been one of Bollywood’s brightest stars in recent years.

There’s more to him than his rugged good looks, though. Continue reading to learn 10 lesser-known facts about Siddhant Chaturvedi-

From a young age, Chaturvedi’s father taught him not to undertake anything until his heart was in it. Chaturvedi ran with this lesson, refusing to accept roles in lower-budget films that would pay the bills but not satisfy his artistic objectives. Thankfully, Gully Boy came along to repay his patience.

“They say beggars can’t be choosers,” he remarked to Indian Express, “but here I was being picky since that’s what makes or breaks an actor.” “All I did was keep myself in the mood for a fantastic movie.” “I knew ‘Gully Boy was going to be one of those films where every performer would shine, and that’s exactly what occurred.”

2. He was turned down numerous times.

Chaturvedi began attending auditions after opting to forego chartered accounting in favor of acting. Given his outstanding performance in Gully Boy, you’d think he’d have little trouble finding work. In fact, Chaturvedi had a difficult time breaking into the profession, and it took him several years of rejections before he ultimately landed his big break.

“I fought for six years, going through numerous rejections and bad periods.” He told DNA India, “I started from the bottom.” “However, I’ve always had this burning need to prove myself with that one ideal opportunity.”

3. He was on his way to becoming an accountant.

He also continued to participate in local theater. After striving to balance the responsibilities of his education with his desire to perform, Chaturvedi realized he’d have to choose between the two. He chose acting, which is wonderful for moviegoers (but not so much for accountants).

4. He was declared the winner of the Bombay Clean and Clear Fresh Face competition.

Although the acting accolades haven’t started to roll in yet (though a couple must be on the way), Chaturvedi can rest easy knowing he’s already a winner. In 2012, the multi-talented actor competed in and won the Bombay Clean and Clear Fresh Face modeling competition.

Given the amount of praise Chaturvedi has just received, you’d think he’d have a hard time picking a favorite from the many, many accolades he’s received. However, this is not the case. Chaturvedi has no hesitation when asked to choose his top option, according to the Times of India, citing Ranveer Singh’s wife Deepika Padukone’s “Oh! He’s only a young lad. He’s the cutest,” he says of the one he likes the most.

6. He hasn’t made up his mind about the future.

Gully Boy may have been a great hit, but what Chaturvedi plans to do with it is still up in the air. He won’t have a manager or an agency contract, so anything he decides will be entirely his own… And, based on his comments to The Week, he’s not going to be seduced by anything that makes money but has creative integrity. “I don’t want to be a celebrity for the sake of money or fame.” I want to be a celebrity because then you have a wider range of options to choose from. For that, you’ll need a little luck as well as a lot of hard effort.”

7. He has appeared in a comedy.

Chaturvedi may have been saving his money for the big screen, but that didn’t stop him from starring in a web series in the meanwhile. Life Sahi Hai, a coming-of-age sitcom, was one of Chaturvedi’s first successes. The sitcom, which debuted in June 2016, aired on YouTube for one season and then on Zee 5 for another.

Chaturvedi also acted in the critically praised online series “Inside Edge,” which not only received a nomination for Best Drama Series at the International Emmy Awards but also gave Chaturvedi his big break when Zoya Akhtar asked him to audition for Gully Boy.

Chaturvedi has profited from the mentoring attention of his mentors, just as Gully Boy did from MC Sher’s — but, unlike Gully Boy, Chaturvedi appears to have more mentors than anything else. “I don’t have one MC Sher in my life; I have a lot of MC Shers,” he told HT India.

“My father is my MC Sher, Ritesh Sidhwani and Farhan Akhtar are my series, and Zoya Akhtar is my sherni.” Last but not least, Ranveer Singh…. he used to instill confidence in me; I am a tremendous admirer of his work.”

9. His parents are pleased with him.

Chaturvedi’s parents were presumably anxious about his chances when he abandoned a serious, logical job in accountancy in favor of performing.

Gully Boy’s popularity has happily alleviated their concerns, and they’re embracing the opportunity to see their kid do his thing on the big screen… to the point where they’ve already seen it 15 times. At least, that’s what they’ve told Chaturvedi.

We all know that the road to fame is long and convoluted. More than a few performers have supplemented their income by working in TV commercials on their journey to the top.

Unlucky people are frequently the target of low-cost pimple cream. The fortunate ones will score partnerships with huge, multinational companies that will safeguard their finances and future careers more than anything else.

Chaturvedi belongs to the latter group. He’s not only headlined an international ad campaign for one of the world’s most well-known companies (Coca-Cola) but he’s also landed a lovely little endorsement contract with Tata Harrier, one of Tata Motors’ newest vehicles for 2019.

Since his debut in Gully Boy, when he nearly stole the show from Ranveer Singh, Siddhant Chaturvedi has been on our radar. We were all curious about the movie because of the choice, the performances, and the incredibly amazing looks referred to in Bollywood. We did some investigation and came up with these unknown facts about the rising star. Hope you enjoyed the article.