Voice of people not heard as BJP controls all parties in A.P.: Rahul 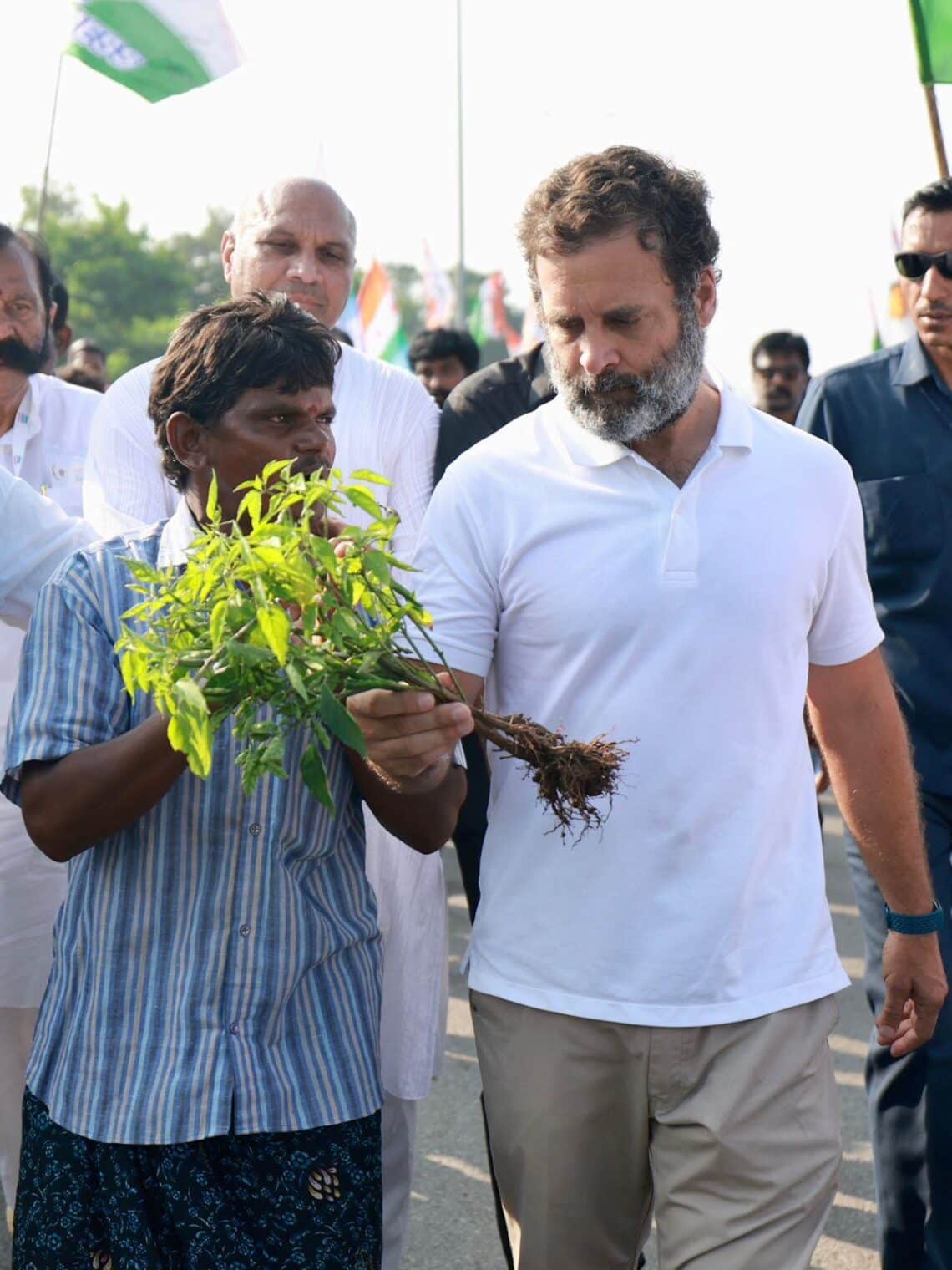 People’s voice in Andhra Pradesh is not heard as, unfortunately, the Bharatiya Janata Party (BJP) controls all the regional political parties in the State, said Congress former president Rahul Gandhi at a street corner meeting on Thursday evening at Kallidevakunta in the district.

After interacting with cotton farmers and women during the 43rd Day of the Bharat Jodo Yatra from Banavasi village near Arekal, where he stayed put on Wednesday night, he expressed sorrow at the plight of the farmers and the non-fulfilment of the promises made in the A.P. Reorganisation Act.

“None of the three dominant regional political parties are raising their voice against the injustice done to the people of Andhra Pradesh and the Congress will set it right when it comes to power,” said Mr. Gandhi in his brief speech at Kallidevkunta.

On Thursday, a number of youth queued up on both sides of the road early waiting to see Mr. Gandhi and shake hands if there was a chance, and Mr. Gandhi sportively went very close to them and shook hands with a couple of them at some locations. While some farmers had come with their withered cotton plants, the Congress leader heard their woes and promised to send their concerns to the right authorities.

Andhra Pradesh Congress Committee president Sake Sailajanath, who had been walking with Mr. Gandhi ever since he entered Andhra Pradesh on October 14, developed blisters on his feet and was seen taking rest in the afternoon with bandages on his feet. It was an arduous journey after a break at Mugati village and greeting people at Machani Somappa Circle, in Yemmiganur.

With no rain on Thursday, the number of onlookers increased enormously and many women missed a chance to have a look at Mr. Gandhi at Kallidevakunta as it was a very brief speech, and by the time they realised that the Congress leader had come, he had already boarded his vehicle for the night stay at the helipad near Mantralayam.

64 CCTV cameras installed across Yeshwanthpur to maintain law and order