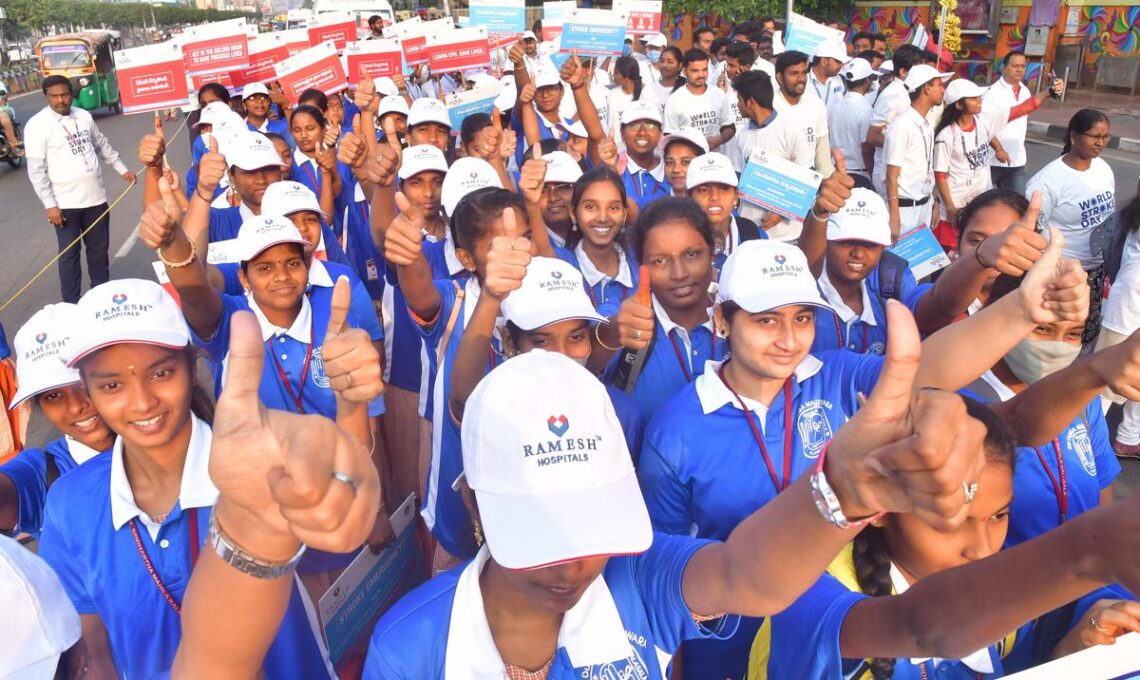 Timely medical aid will help in avoiding permanent damage, or even death of patient, say experts

Timely medical aid will help in avoiding permanent damage, or even death of patient, say experts

Walkathon and 5K run marked the World Stroke Day in the city as a large number of people led by doctors highlighted the importance of ‘time’.

Anu Group of Hospitals organised a 5K run on M.G. Road and in Eat Street in the city.

Speaking on the occasion, Vijayawada Central MLA Malladi Vishnu said health hazards such as stroke could be avoided by maintaining a balanced lifestyle. He called upon the people to make physical activity a part of their daily routine for a healthy life.

Neurologists Teegala Ramesh and Thota Naveen of Anu Hospitals said quick response in case of a brain stroke was key to avoiding permanent damage and every second was crucial. Also, death could be avoided if the patient was brought to the hospital within one hour, Dr. Ramesh said. He said due to imbalanced lifestyle many people were falling victim to stroke at a young age.

Ramesh Hospitals managing director P. Ramesh Babu said the role of family members was key in identifying and responding to a member suffering a brain stroke. One should seek medical help within an hour of noticing symptoms such as sudden numbness of face or limbs, speaking difficulty, drooping of mouth, dizziness and others so that death and even permanent disability could be avoided, he said.

Neurologists at Ramesh Hospitals S. Balakrishna and Lakshmi Anusha said brain stroke was the second most common cause of death in the world.

Dr. Balakrishna said in India, three persons suffer a stroke every minute and time was essential in noticing brain stroke and responding to it.

At least 146 people dead after Halloween crowd surge in Seoul