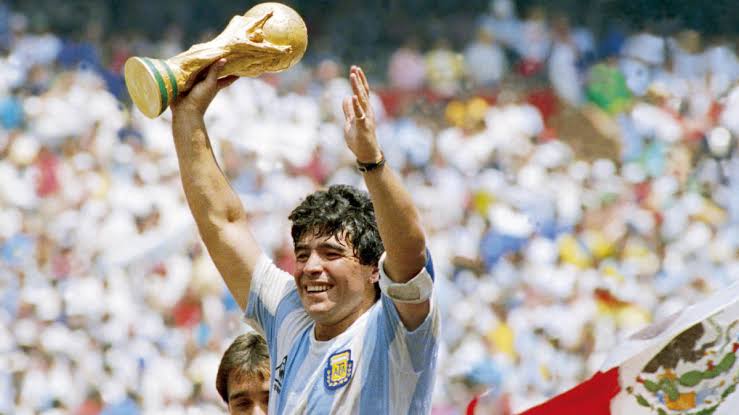 Diego Maradona suffered a heart attack on Wednesday 25th November, which led to his sad demise. The tragic departure of the Argentine Legend sparked immense sorrow in the heart of football admirers around the world. The sadness fled throughout the geographical boundaries of the World, people mourned the death of a true legend and celebrated the unparalleled legacy of an ‘Eternal Great’.

A glimpse of Maradona’s milestones

The former attacking midfielder was born in the slums around the outskirts of Buenos Aires, the capital of Argentina. The early life of Maradona was all about struggles through poverty, but he was destined to dribble through the obstacles as soon as football came around his legs at an early age of 3 years only. Diego was no less than the ‘magician with a ball’ from the very start of his life. He started with a youth club Argentinos Juniors at the age of 10, leading his team to an unbeatable streak of 136 matches of football. He created an aura of his name in Argentine Football which led to his national debut before his 16th birthday.
Maradona joined the Spanish league team FC Barcelona at a record signing of €5 million. His 2years journey with Barcelona was a great success with 38 goals in 58 games beating all the major Spanish teams of the league. Afterward, he signed another world record deal of €6.7 million with Italian giants Napoli. Where he surged Naples for their first-ever Serie-A win in the 1986-87 season, followed by the second title in 1989-90. The club saw the peak of their success with Maradona. He held the record of most goals for Napoli (115 goals) for more than 30years till 2017.

Dribbles through the troubles

Maradona struggled through nearly every part of his life. From said to be finished to coming back even stronger, his life was nothing less than a cycle of troubles, where he kept on kicking off the obstacles and came back as the unbeatable king. Maradona struggled hard through poverty during his initial life. During his early signings at Barcelona, he suffered major ankle injuries and health issues due to hepatitis.
At the peak of his career, drug addiction turned out to be a quake in his impeccable journey. He suffered a ban of 15 months in 1991 while playing for Napoli failing a dope test being positive for the intake of cocaine. Again, in 1994 while playing for Argentina, the dope test found him positive for use of ephedrine.
Maradona admitted taking drugs from the age of 22 in Europe. He said, “It was enough for me to feel alive. I tried drugs because there are drugs like that everywhere in football.”
Despite all the disgrace, Maradona never gave up on the fight. He admitted his addiction to drugs and went for rehabilitation. He came back knocking down his demons being clean in 2003. Later in 2015, Maradona revealed he’d finally beaten his demons and had been clean for 12 years.

The World Cup Victory of Argentina

Among all the great moments of Diego Maradona’s dramatic and enormous career, the FIFA World Cup 1986 was the greatest. Many prefer to define the FIFA World Cup of 1986 in one name and that is “Diego Maradona.” He dominated the world cup in his own hand, the euphoria he created with the ball in his feet was just heavenly. Apart from the rest of the events of the 1986 World Cup, the one that stood with Maradona most, a moment that earned him God’s status was the quarter-final against England where he scored a brace. The first one was the most-talked-about goal in football’s history ‘the arm of God’ – which was a goal that went straight into the nets striking Maradona’s arm. The authorities overruled the ‘foul handling of ball’ appeal and the mystery created around the goal made Diego Maradona no less than a mythological God of football.

Another remarkable goal in this match came where Maradona dribbled through beating 5 players in defence and a goalkeeper to net the ball. Those who witnessed the legendary moment tend to believe ‘It was like God playing football’.

Retirement & Post-retirement football
Maradona stepped down as a professional football player in 1998 with 312 club goals in 588 games and 42 international goals for Argentina in 106 appearances.

In 2008, the Argentina Football Association (AFA) decided to bring back the divine spark of “the Dios” in football to retrieve the unparalleled glory of Argentine football. However, the desperate move didn’t go well as Argentina lost to Germany 0-4 in the quarter-finals of FIFA World Cup 2010 in South Africa. Maradona continued his coaching career with several clubs, during the last days he was managing Argentina’s Premier Division club Gimnasia de La Plata.

‘God got his arm back’

Soon after the news of the eternal departure of the football legend came out, the World went through a universal sorrow. The streets in Argentina were lined up to miles with people crying with a heavy heart. Fans went on to pay tribute to their idol in different ways wearing Argentina’s National Football team jersey numbered 10, the jersey number of Argentine legend. Social Media outbroke with heartfelt messages from every corner of the world.

During the last journey of Diego Maradona, as the procession on the hour-long journey from the presidential place in central Buenos Aires, where Maradona had lain in the state during the day. His closed casket was covered with the National Flag of Argentina and an Argentina Soccer jersey with the number 10 that had been part of his nickname “D10S” – play on “Dios”, the Spanish word for God.

The fans out-tried to come as close as they can to their hero’s last journey, they threw Argentina Football Jersey numbered 10, flowers, paintings, and prayer card towards the casket to pay tribute to their idol. Fans around the world defined the departure of Maradona as “The God is dead”, ” The God got his arm back” and many more heartfelt messages.

His last rites were performed in a small private ceremony with family members on late Thursday at Bella Vista cemetery on the outskirts of Buenos Aires, the place where his parents are also interred.

Among millions of messages from the football fraternity around the World, Pele, another football legend who played during the times of Diego Maradona said, “There is still much to be said, but for now, may God give strength to his family members. One day, I hope, we will play football together in the sky”. Maradona is the inspiration of the greatest of football players around the globe among those, Cristiano Ronaldo stated him as an “Unparalleled Magician” and Lionel Messi defined him as “the Eternal Great” along with a heartfelt message as a tribute to the legend.

Diego Maradona went through a world of struggles and shortcomings to create a different World of his own achievements which he ruled over with the ball in his feet. Along with an embracing football career, the Greatest of all Time leaves behind a legacy to be celebrated for one more eternity.

8 Ways to establish a healthy relationship with technology