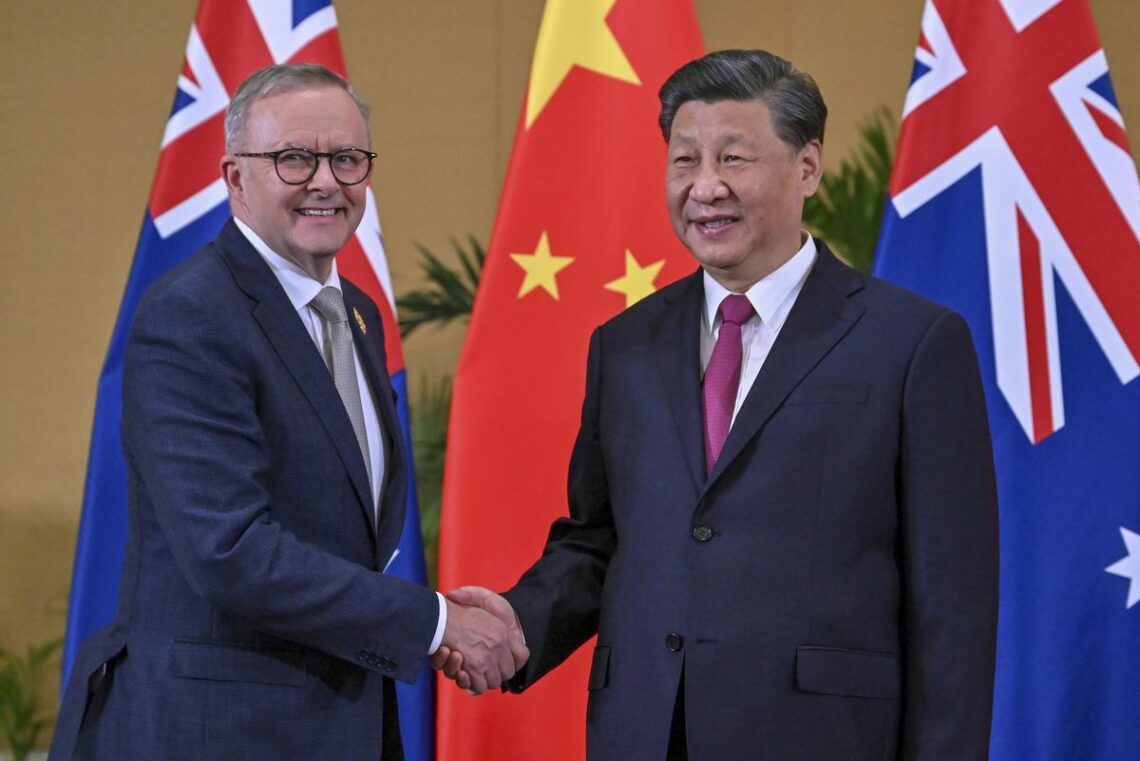 Chinese President Xi Jinping called for soured relations with Australia to “improve” and “develop” on Tuesday, as the two countries held a first formal summit in more than five years.

After years of animosity that hampered trade ties and froze top-level meetings, Prime Minister Anthony Albanese said the meeting had been “positive and constructive”.

The talks lasted just 32 minutes and took place on the margins of a G-20 summit in Bali, but signalled a major diplomatic shift.

Australian and Chinese leaders had a brief exchange at the 2019 G-20 summit in Japan, but have not had a formal sitdown in more than half a decade.

China has been angered by Australia’s willingness to legislate against overseas influence operations, to bar Huawei from 5G contracts and to call for an independent investigation into the origins of the coronavirus pandemic.

In recent years, Beijing has levied punitive sanctions on Australian goods, frozen ministerial contacts and plunged relations into the most serious crisis since the Tiananmen Square crackdown in 1989.

Australian products from barley and coal to wine, beef and even infant formula have all been subject to Chinese sanctions.

Mr. Xi said that previously warm ties between the two countries were “worth cherishing.”

“We should improve, maintain and develop our relationship, as it is consistent with the fundamental interests of both countries’ people.”

Australia’s wealth is in large part based on selling China the resources it has needed to fuel its remarkable economic rise.

Australia is the among the world’s largest exporters of iron ore — used in steel — coal and gas.

Canberra had tried to lower expectations that the talks would fix relations entirely or bring quick economic relief, framing the face-to-face meeting as a victory in itself.

“I’m very pleased we are having this meeting today,” Mr. Albanese said. “We have had our differences.”

He insisted Australia would defend its values even as he welcomed the chance to talk. “Our bilateral relationship is an important one,” he said.

The two countries have also vied for influence in the South Pacific, where China has doled out cash and sought to build influence in small but strategically located island states.

The United States and Australia suspect China of trying to establish a military presence in the South Pacific, something that would up-end the military balance in the region.

Canberra reacted with thinly veiled panic when it was revealed China had inked a secretive security deal with the Solomon Islands that allowed the deployment of Chinese security personnel.

Solomons Prime Minister Manasseh Sogavare last month told AFP he would “not allow” the establishment of a foreign military base.