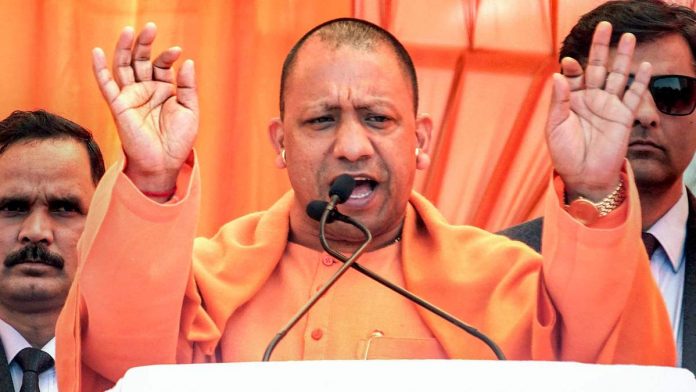 Amid the nationwide outrage over the horrific Hathras and Balrampur cases, a section of social media has dug up old articles of Yogi Adityanath, claiming how the UP CM harbours an ‘anti-women’ mindset.

Six years back, Adityanath wrote an article on the role of women in Indian culture on his website. Adityanath made a point in his article that women required protection and should not be allowed independence, as “it may lead to wastefulness or destruction of women”.

He wrote, “Shastras have talked about giving protection to women. Just like urja (energy) left free and unchecked causes destruction, women also don’t need independence, they need protection. Their energy should be channelised to be used productively.”

His old statement is now resurfacing on the internet.

*Women not capable of being left free or independent!

*There energy shd be regulated, lest it become worthless and destructive. -TOI.

Let's remember all the times Yogi Adityanath, UP's elected CM, proved exactly how little he cares for minorities and women:

UP Govt. To Establish Data Analytical Centre To Protect…

Yogi Government is failing to ensure the safety of Women.
There's only #JungleRaj prevailed in UP.#ShameOnYogi #ShameOnYouHathrasPolice

Statements made by Sri Yogi Adityanath in his article were:

1) He also says that since childhood women are protected, first by her father, than in youth by her husband and finally in her old age by her son. So even the scriptures instruct that she needs to be protected at all times. Therefore, it means that a woman is not capable of being left alone.

2) Comparing women to energy, he says just like unbridled energy can be destructive and can go haywire, so too if the spirit of women is not controlled then it can prove dangerous.

3) Explaining his take further he says how the concept of women’s freedom of the western world is what is distracting the women here and it will hamper the creation and stability of the home and family and prevent the glorious rebuilding of the nation and motherland.

Well, what are your thoughts?