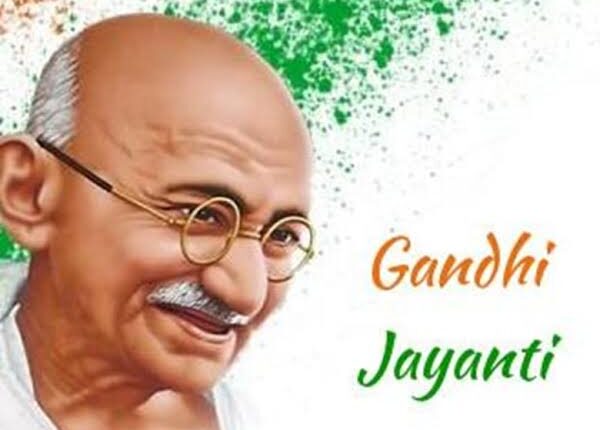 Today on his birth anniversary it’s time to reflect upon his ideas of how he believed in social trusteeship and his urge for sustainable business long before the world began talking about it. Gandhiji was the believer that companies should act as trusteeship valuing social responsibility alongside profits.

Mahatma Gandhi was not only a thinker, philosopher, leader, politician, saint but also a statesman, an eminent management guru. He applied for the principle of leadership to ensure maximum efficiency. His approach was relying on the rejection of untruths, intolerance, and reaching the goals that have to be achieved.

Gandhiji is also known as a master strategist, marketing guru, ideal leader, and someone whose ideas and methods are still relevant to the corporate world. When Gandhiji returned to India from South Africa, India’s struggle for independence was not cohesive. It was fragmented and aimless. It was after Gandhiji’s greatest contribution which motivated and mobilized the masses regardless of the difference in language, caste, religion, creed, etc. amongst them. His contribution to the Indian freedom movement was much needed as it was like a powerful current to mobilize the general public. 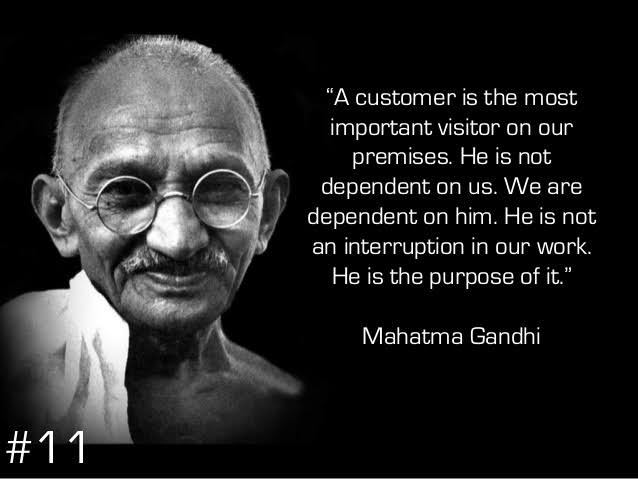 Today on his birth anniversary it’s time to reflect upon his ideas of how he believed in social trusteeship and his urge for sustainable business long before the world began talking about it. Gandhiji was the believer that companies should act as trusteeship valuing social responsibility alongside profits.

Legends say “Gandhi was ahead of the time”, it appears true today as his ideas on trusteeship, economics, industrialization taking shape into conventions and legislations.

He was of the view on the purpose of a company that should be benefitting society which has inspired generations of CEOs to build a more sustainable business. Gandhiji understood that business is not only to make a profit but also to be responsible for its actions and decisions.

Gandhiji visualized a very creative dynamic between the individual and collective well-being. Gandhiji’s philosophies are very comprehensive to deal with many present-day issues. One such issue is a corporate social responsibility which can be traced to Gandhiji’s concept of trusteeship. Social responsibility is the duty of business towards society. Businesses must review their impact of decisions and actions on the different sections of society.

Not so common yet special: The successful transgenders of…

The Gandhian idea appears to be simple to everyone but in real sense practising it in day to day life is difficult. Because Gandhiji believed that business is one of the important pillars on which society survives. It is the responsibility of the business to take care of society’s need therefore it has to contribute to the well-being, peace, and harmony of the society. 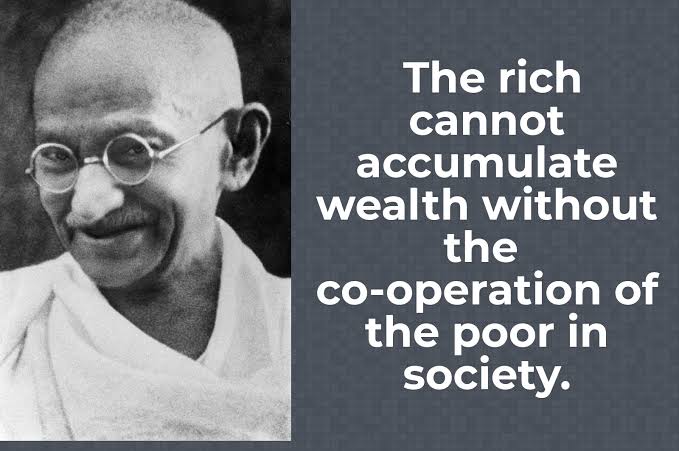 The other vital aspect of Gandhian philosophy was being flexible and adopting management styles that were dependent on circumstances. Some of Gandhiji’s ideas have been recognized as an excellent principle in modern management.

On the ethical and behavioural part of the business, Gandhi has much significance today because society is witnessing the degradation of values in the corporate world. Gandhian virtues of self-control are much needed in the materialistic world driven by the desire to achieve more.

Another aspect of the social responsibility of the business is to garner respect for women and it is one of the major ideas of Gandhian philosophy. And when the world is witnessing the increased level of violence, subjugation that women face today. With much increase in the violence against women, the business must make a safe society by inculcating values.

“World has enough for human needs, but not for human greeds”

These lines of Mahatma Gandhi reflect on how businesses destroy nature and how a sustainable way of living is the need of the hour. The Gandhian idea of a sustainable business is relevant in the current scenario and much-needed today with a greater level of dedication and accountability too. Gandhiji wanted to ensure distributive justice by ensuring that businesses act as a trustee to its stakeholders.

Many Indian corporation’s ethical models are framed on Gandhi and his ethics which involve philanthropy. This model is also followed by the Tata group of companies. The founder of the Tata group JRD Tata met Gandhiji in South Africa and gave a cheque of Rs 25,000 to help Gandhiji in his struggle in South Africa. It is said that 85% of the Tata family’s original shares in Tata Sons were transferred to a charitable trust. Trusteeship was Gandhi’s contribution to social change and he called it the technique of change of heart.

The nation particularly cooperates and business is grateful to the Gandhian philosophy and father of the nation Mahatma Gandhi for his greatest contribution to the society. He simply believed that even the last men required help and needed to be served. Gandhiji focused and advocated that businesses should run as trustees and use of wealth should be done to improve society after keeping a reasonable profit for themselves. He made it clear that trusteeship goes beyond material wealth and businesses should also share non-material knowledge and talent with the society.

Ideals of Gandhi-Shastri and the current scenario of India