Valentine's Day is approaching, and there is a lot of love in the air right now. Here are the 10 Best Teen Movies to watch on Valentine’s Day with your better half. 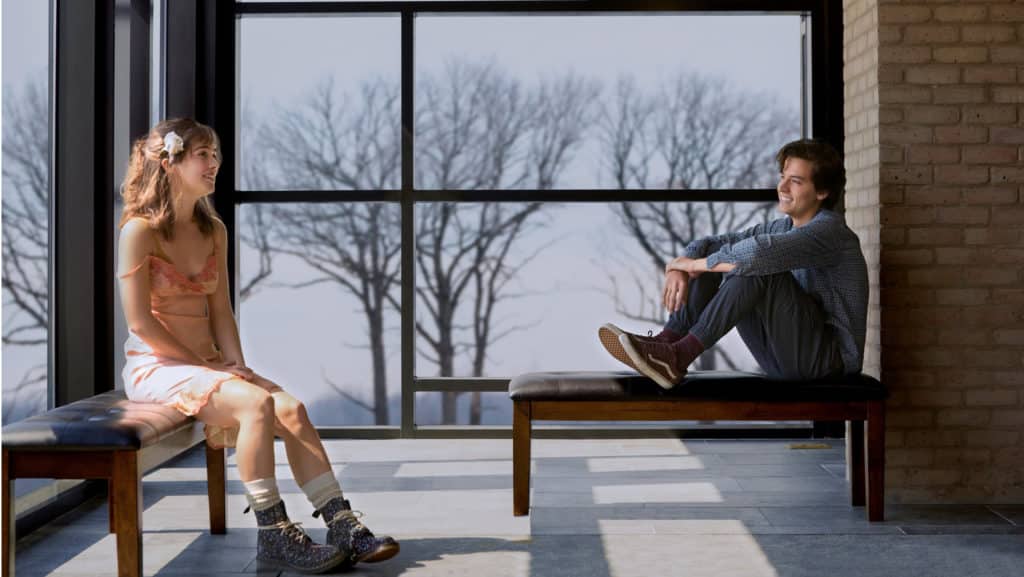 A terrific romantic movie can provide you with a huge dose of escapism, even if it isn’t without its flaws. Sure, some of them are unrealistic, and virtually all of them skim over the reality of troubled relationships, but that’s sometimes the point.

There are just a few movies that convey the emotion of falling in love for the first time. Fans will undoubtedly find something to relate to and remember their first taste of young love this Valentine’s season, with everything from romantic comedy to heartbreaking endings. We have compiled a list of the 10 best teen movies to watch on valentine’s day below. Choose your pick!

Take a look at our list of the 10 Best Teen Movies to watch on Valentine’s Day:

Hazel Grace Lancaster and Augustus Waters, two cancer patients, meet in a cancer support group. Both of them have a similar sense of humor, a fondness for the unusual, and a deep appreciation for author Peter van Houten. The two fall in love and set off on a quest to meet their idol, which turns out to be a bad choice.

This popular young adult story by John Green was well-received by critics and audiences alike, owing to the manner it was written and the profound themes of love, life, and dreams.

When it comes to great rom-com, particularly those from the 1990s, 10 Things I Hate About You is at the top of every list. The film revolves around Kat, an aggressive teen girl who is a continual thorn in her younger sister’s side and is loosely based on a Shakespeare play. When Bianca’s father says she can’t date until Kat does, two of Bianca’s suitors agree to pay Patrick to date Kat.

10 Things I Hate About You is pure entertainment. It features amusing stereotypes, outspoken female characters, and one of the nicest and cheesiest love gestures ever.

Stella, a seventeen-year-old girl, has had cystic fibrosis for much of her life, thus her typical day consists of meds, routine, check-ups, and limits. People with the sickness are unable to make personal contact with others and must maintain a distance of at least six feet, but this changes when she meets Will, a lovely boy who also has the disease.

They are immediately attracted to one another, putting their will to the test. As their bond grows stronger, they decide to break the rules, hence the title, Five Feet Apart.

Many teen films feature rumors, and unpleasant talk transformed Olive Penderghast’s reputation from unknown to well-known and infamous. Olive lied and stated she lost her virginity after being pressured by her best friend to divulge what happened during her boring weekend.

Marianne, the school gossip, overhears them in the bathroom stall and informs everyone. Olive develops a reputation as a reckless girl, but her childhood buddy Todd feels she is not who everyone thinks she is. It is a sweet romantic comedy that you should definitely watch on valentine’s day

Howard Zieff directed this romantic comedy in 1991. Though this film emotionally devastates us, the youthful love between Vada and Thomas J. is so sweet and authentic that you can’t help but want to see it again and again.

It’ll transport you back to the period between childhood and young adulthood, as well as the conflicting emotions that follow maturation.

Serendipity is a wonderful story about fate and trust and the lengths to which some people would go to test it.  When Jonathan Trager (John Cusack) meets the lovely Sara Thomas (Kate Beckinsale) while out Christmas shopping, it seems as though the universe has brought them together.

This is a film that you should absolutely see with your partner on Valentine’s Day.

Ellie is a brilliant and quiet high school student who keeps to herself in this Netflix original film. That is, until Paul, an awkward jock, approaches her and persuades her to help him win over his crush Aster. However, when the audience learns that Aster is also Ellie’s crush, she finds herself torn between wanting to help her friend and wanting to pursue Aster herself.

For youngsters searching for a little extra drama in their love stories, The Half Of It is the ideal Valentine’s Day film. It is undoubtedly one of the best teen movies ever.

A gifted musician must choose between pursuing her aspirations of entering the prestigious Juilliard School and staying with her lover, Adam. When Mia and her family are involved in a vehicle accident that kills everyone except her, everything goes to hell.

She’s on the verge of death, and she has to decide whether or not she wants to stay, despite the fact that her out-of-body experience tells her that everyone she cares about has died. This film emphasizes the importance of embracing every moment with the people who matter most in our lives, as well as the value and fragility of life.

Katie Price has spent her entire life sheltered due to an illness that prevents her from being exposed to direct sunlight. She is only allowed to go out after the sun has set and played music for random strangers. She began to fall in love with Charlie when she met him and tried to conceal her condition.

The film also depicts a father’s love for his dying daughter, and despite how painful it is for him, he strives to give her the chance to realize her ambitions, even if it means risking her life. Be prepared for an emotional rollercoaster as the film ends tragically.

Maddy, who is eighteen years old, has been restricted to her home since she was a child due to an undisclosed illness. Olly, her next-door neighbor, communicates with her through texting and window gazing. Maddy risks her life for a taste of freedom since she yearns for the outside world and eventually develops affection for Olly.

As the story progresses, she discovers the truth about her illness. The story’s central topic revolves around how someone will risk all for a momentary taste of love and happiness. Maddy feels that love is everything, even if it means sacrificing her health.

On Valentine’s Day, there is a wide range of movies to choose from. We created the above-mentioned list to help you in your search. Some of the best teen movies to watch on valentine’s day are mentioned above. In two hours or less, these romantic flicks can put you in the mood for love. We hope you like this article. Please leave your feedback in the comment section below.