20 Richest Female Actors In The World

We have compiled the list of the 20 richest actresses in the world. Keep on reading to find out some prominent faces you must have seen at least once on-screen. 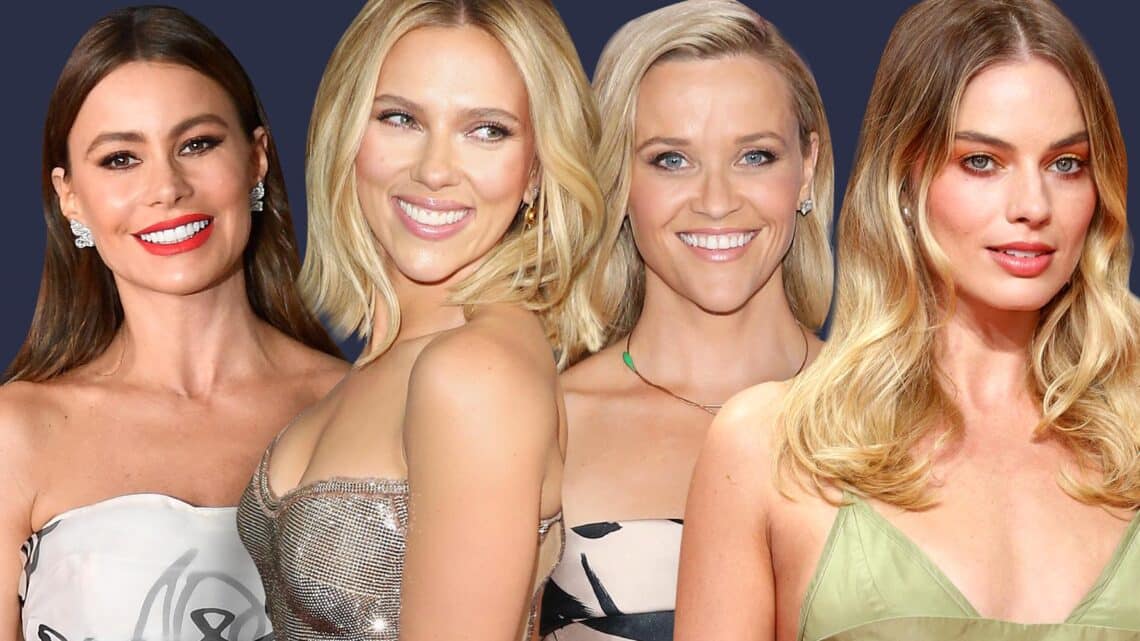 The film and television industry worldwide has nurtured some of the finest actresses of this era. Some of them have made their way to the list of glorious actresses and made it to the chart of the richest actresses in the world.

Drew Barrymore is an American actress, producer, and model, a recipient of prestigious accolades like Golden Globes and Screen Actors Guild Awards. At a very young age, she began her journey and amassed appreciation for her role in E.T. the Extra-Terrestrial.

She is the daughter of famous actor John Barrymore and belongs to the well-known Barrymore family.

You might have seen this remarkable actress in the popular film series The Hunger Games. Her net worth of Lawrence is far from being her key accomplishment.

She made it to the list of highest-paid actors in two consecutive years 2015 and 2016. Her role in the 2012 film Silver Linings Playbook earned her an Academy Award making her the second-youngest Best Actor winner.

Her role in The Hunger Games made her the highest-grossing action heroine of all time. She is also the recipient of both the Golden Globe Award and the BAFTA Award.

Most of you must have seen Johansson in the Marvel Cinematic Universe. She played the role of Black Widow and was praised for her performance. She entered the list of highest-grossing box office stars of all time and achieved the ninth position.

Beginning her career in the theatre, Frances Fisher featured as a detective in the soap opera The Edge of Night. Her best performance was on Titanic.

If you remember her as Rose’s widowed mother, who didn’t like our all-time favorite Jack one bit? Frances Fisher wonderfully executed the role. She later appeared in other films like True Crime (1999), Law of Attraction (2004), and The Kingdom (2007).

The French actress who developed her career at the age of 18, Tautou obtained international acclaim for her lead role in the 2001 movie Amélie.

Recognized for her roles in Blame It on Rio (1984), St. Elmo’s Fire (1985), and About Last Night (1986), Demi Moore is an actress and film producer. She also garnered credit during the campaign for equal salaries for women in Hollywood.

She remained in the chart of highest-paid actresses through the 80s and 90s. She had her breakthrough with her role in the 1990 movie Ghost, the highest-grossing film of that year.

An actress and filmmaker known for her humanitarian causes, Angelina Jolie, has been added to the list of highest-paid actresses numerous times.

She has earned an Academy Award and three Golden Globe Awards. Her critically acclaimed films include George Wallace (1997), Girl, Interrupted (1999), and Gone in 60 Seconds (2000), among various others.

A distinguished singer who encompasses facets of various styles and genres like pop, country pop, hip hop, experimental, etc. Miley Cyrus rose as a teen idol for her performance as Hannah Montana in the Disney Channel TV series.

An actress, television producer, and model Sofia Vergara remained on the list of highest-paid actresses in American television for seven years from 2013 to 2020.

She became a well-known presenter when she was co-hosting two TV shows for Spanish-language television. Her first noteworthy acting role in English was in the movie Chasing Papi (2003).

A Brazilian TV entertainer, actress, singer, model, and businesswoman, Xuxa Meneghel’s shows have been broadcasted in English, Portuguese and Spanish globally. Her career has spanned over thirty years, during which she sold more than 50 million copies of her record all over the world.

She continues to be one of the most influential celebrities in Brazil. In 1991, she was the first Brazilian to appear on Forbes Magazine’s list of richest artists.

Known for her role as Jane Margolis in the popular series Breaking Bad and the lead role in the superhero series Jessica Jones, Krysten Ritter is an American actress, author, musician, and model. She has also worked in various films like What Happens in Vegas (2008), Confessions of a Shopaholic (2009), She’s Out of My League (2010), etc.

Regarded as one of the greatest European actresses, Catherine succeeded Mireille Mathieu as the official face of Marianne in 1985. She is the recipient of fourteen Cesar Awards. She has appeared in several English films, including Hustle (1975), The Hunger (1983), and Dancer in the Dark (2000).

Currently, the wealthiest British actress and female comedian, Tracey Ullman, initially appeared on two British TV shows: A Kick up the Eighties and Three of a Kind.

After pursuing a brief career in singing, she emigrated from the United Kingdom to the United States, where she featured in her comedy series The Tracey Ullman Show.

After that, she launched her own production company named Victoria Principal Productions. She is also a best-selling author; her books are mostly surrounded by beauty, skincare, fitness, and health.

You might have seen this well-known face in the teen drama series Dawson’s Creek, where she played the role of Gretchen Witter. She has also appeared in films like Yes Man (2008) and He’s Just Not That Into You (2009). She also worked in the comedy-drama series Shameless in a recurring role.

Known for her work in various TV series like Saturday Night Live, Seinfeld, and The New Adventures of Old Christine– Julia Louis Dreyfus has achieved more Emmy and Screen Actors Guild Awards than any other performer making her the most awarded actress in the history of Emmy along with Cloris Leachman.

Another remarkable and distinguished actress, Julia Roberts, remained in the chart of highest-grossing actresses in the world throughout most of the 90s. She was paid $25 million for a single role in the film Mona Lisa Smile.

Known for her role as Rachel Green in the worldwide famous comedy series Friends, Jennifer Aniston has made her name in the film industry among the most distinguished actresses, making her the second richest female actor globally.

She has been on the list of highest-paid actresses several times and her films where she played the protagonist grossed $1.6 billion globally.

Entering the theatre world just nine months after their birth, Mary and Ashley are twin sisters who first appeared in the sitcom Full House. They starred in Getting There (2002) When in Rome (2002), and The Challenge (2003) together.

In March 2012, both retired from the industry and directed their careers toward the fashion industry. They founded luxury fashion brands, The Row, lifestyle brands Elizabeth and James, and affordable fashion lines like Olsenboye and StyleMint.

10 Best Microsoft Publisher Alternatives For You To Try