Nawazuddin is a terrific actor and Bollywood's dark horse, who has consistently wowed audiences and critics with his commanding screen presence. Here are the 5 Best Movies of Nawazuddin Siddiqui. 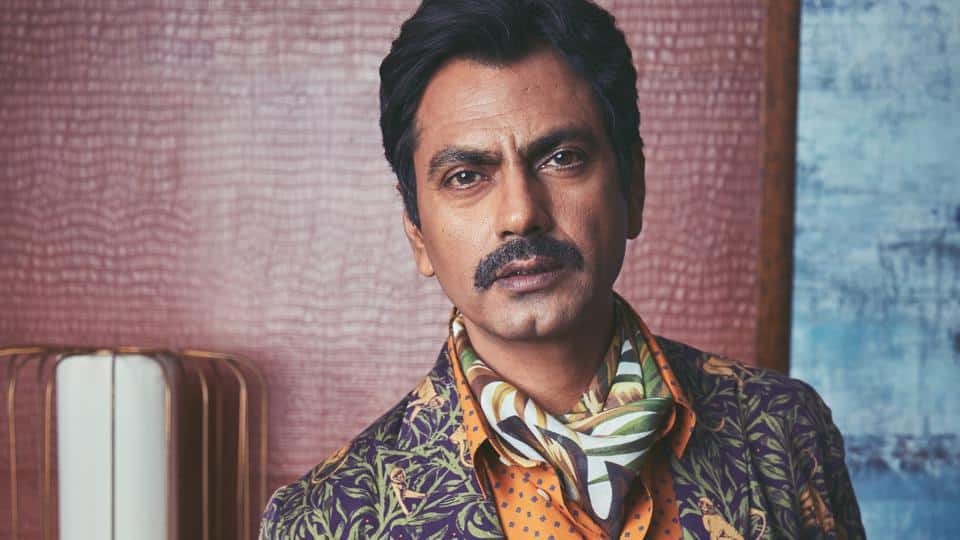 Nawazuddin Siddiqui was born in Budhana, a tiny town in Uttar Pradesh’s Muzaffarnagar region. When he was younger, he spent most of his time in Uttarakhand. He is a dynamic actor who has worked hard to get to where he is now in Bollywood. In this article, we have compiled some of the best movies of Nawazuddin Siddiqui.

He has been in a number of modest roles in various films, but he rose to prominence after starring in a number of super-hit films and web series. Nawazuddin Siddiqui is currently one of Bollywood’s most talented and effective performers. He worked really hard to get this platform, recognition, popularity, and everything else.

People are lovers of his work and have seen it in general for all of his films. His approach to acting is clear and enthralling to the audience. In addition, he gives each part he portrays a personal touch, making it more practical.

So, here we are presenting 5 Best Movies of Nawazuddin Siddiqui-

Anurag Kashyap’s Gangs of Wasseypur is a crime film directed and produced by him. In the year 2012, it was released and is one of the best movies of Nawazuddin Siddiqui. Anurag Kashyap develops and constructs the entire tale masterfully in this film. The plot of this film series is around a family feud that spans generations.

This was set in Dhanbad and is based on a genuine story that depicts the true narrative of the warning gangs who controlled the coal business in the area. This was a hit picture, and Nawazuddin did an outstanding job with his smooth and perfect performance. The audience became engaged in the characters.

This is the story of Dashrath Manjhi, an Indian mountaineer who built his own road over the Gehlaur Mountains. His deep love for his wife, who was killed in an accident here, gave him the courage to take on this difficult task. Manjhi married Falguni Devi after returning to his hometown.

She collapsed while crossing the Gehlaur Hills on her way to offer him lunch. Manji sought medical help to rescue her, but the nearest hospital was 70 kilometers away, and the only way to get there was to travel around the mountains or via the rugged terrain. Manjhi then set off on a mission to construct a tunnel through the hill.

One of the hard-hitting biopics is Manto, which is one of the best movies of Nawazuddin Siddiqui. Nandita Das, the film’s director, and writer has not only written a fantastic narrative but also beautifully portrayed it on screen. Sadaat Hasan Manto, a well-known Urdu novelist, is the subject of this film.

And once again, Nawaz nailed the entire picture with his superb acting abilities, and his quicksilver emotions are a jewel in this film, saying a lot more. This film was a box office success, earning Nawaz nominations for Best Film Critic and Best Actor Critic at the 64th Filmfare Awards.

Anurag Kashyap’s film Raghav Raman 2.0 is directed by him and is one of the best movies of Nawazuddin Siddiqui. This is a thriller crime film that is essentially a psychological thriller. The whole film is focused on them, with Vicky Kaushal as ACP Raghavan Amrendra Singh Umbi and Nawazuddin Siddiqui portraying Raman Raghav, a serial murderer who tormented the homeless in Mumbai during the 1960s.

And in Raghavan, Raman has met his exact mate which has made him recognize how similar they are. Both Vicky Kaushal and Nawazuddin Siddiqui excelled in this film, turning their complicated characters into faultless performances.

Badlapur is an aesthetically magnificent picture with a well-crafted story, excellent performances, and a cleverly written storyline. Raghu’s ideal life is ruined when his kid and wife are murdered in a burglary. The offender, Liak, refuses to tell the truth and is sentenced to 20 years in prison. Raghu, though, unable to continue, nevertheless harbors a longing for reality.

Will he be able to exact vengeance for the murders of those who meant the world to him? Is being consumed by a thirst for revenge as fulfilling as his flaming rage promised? If you enjoy action movies, this is a wonderful action, thriller, and crime drama to see.

A couple of his films have had a great influence on the public and received widespread acclaim, and a few, while not blockbusters, have portrayed him as a talented fine actor. His acting approach is distinct and engrossing for the audience. Each role he plays has a personal touch to it, which makes it all the more compelling. The following are some of the best movies of Nawazuddin Siddiqui. Let us know which option is your favorite in the comments section below.

Also Checkout: 9 Moments Of Tabu In Hindi Cinema That Made Us Fall In Love With Her

How To Check Data Usage On iPhone