The world is full of marvels created by both God and Man, and exploring all of them is nearly impossible. So, TSA has brought you a list of things that you must do once in a lifetime for an incredible life experience. 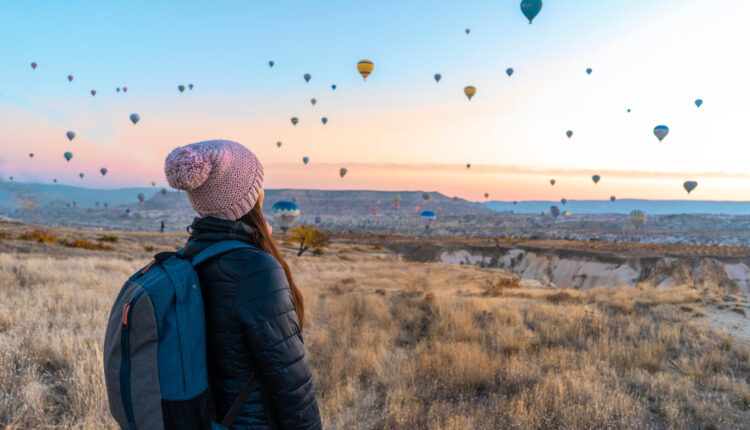 All of you must have seen Zoya Akhtar’s Zindagi Na Milegi Dobara and would have wondered, at least once in a lifetime to go on a similar trip with your loved ones.

But it is nearly impossible for a person to explore the whole world, hence there are numerous things in the world which are incredible but probably out of your sight. All these things can give you an experience none less than of heavenly bliss.

So, today TSA has brought you a list of 5 things to do once in a lifetime for an incredible life experience-

The Taj Mahal is considered to be one of the most beautiful structures ever created. It is an enormous mausoleum of white marble in the city of Agra in Uttar Pradesh, India. The structure lies on the bank of the Yamuna river and took over 20 years to complete, between 1631 and 1648. It was built on the order of the Mughal emperor Shah Jahan to immortalize his beloved wife, Mumtaz Mahal. It was designated a UNESCO World Heritage site in 1983 and is visited by millions of tourists every year.

The Taj Mahal is the finest example of Mughal architecture which combined Indian, Persian, and Islamic influences. Everybody should visit the Taj Mahal once in their lifetime to experience the essence of love in the air and the architectural beauty of the Mughal era that is also a symbol of India’s rich history.

The Northern Lights, one of several astronomical phenomena called the polar lights (Aurora Polaris), are shafts or curtains of coloured light visible in the night sky. The experience is dreamlike, with quivering tones of blue, green, pink, and violet dancing across the night sky.

The ideal place to view northern lights offers little to no light pollution, clear skies, and no precipitation. The best places to see the aurora borealis are Alaska, Iceland, Norway, and Greenland among various others. Something like this we often see in fantasy movies but witnessing this panoramic view in real will surely be a life experience.

In various parts of India, Diwali is celebrated in a little different, ecological and sustainable way by lighting a lantern to avoid the damage caused by the fireworks. Apart from India, one can experience being under the lighting sky in Hawaii, Vietnam, Thailand, Taiwan, and China. The view gets so magical and surreal that you start to think if its a dream in the real world.

4. Ride a bike in Amsterdam

You must be thinking, ‘What an old school idea to wander in a city on a bicycle!’ But this is worth it, as Amsterdam is considered to be one of the most famous centres of bicycle culture worldwide. In the city, around 35% of all trips are by bike, compared with 22% by car.

To ensure that the tourists explore the city on the bike safely the total length of bike paths in Amsterdam is 400 KM and is painted red to differentiate from both the roadways and pathways. Also, you can easily rent a bike, and bicycle tour groups offer a guided bike tour through the city.

Renting a bike or taking a guided cycle tour is a great way to explore the city and can be quite an adventure, one must definitely add this into their bucket list.

5. Sit on the edge of Trolltunga

Trolltunga is a rock formation and was formed during the ice age in the  Vestland county, Norway. Since the geological landform endures from the ice age, it makes it even more unusual for the tourists. Trolltunga is a popular hiking destination of 27 KM which takes around 8-12 hours depending on the physical strength of the hiker. The cliff extends horizontally out from the mountain and is 1.1 KM above the sea level.

The strenuous hike to the cliff is worth it as the clifftop overlooks the valleys of the Hardanger region and the picturesque view is just mind-boggling. An adventurous person inquisitive to explore the marvels of nature should surely visit this place.