Around a hundred environmental organizations and individuals wrote to Union environment minister Prakash Javadekar on Monday asking him to accept these suggestions for reevaluation of EIA. 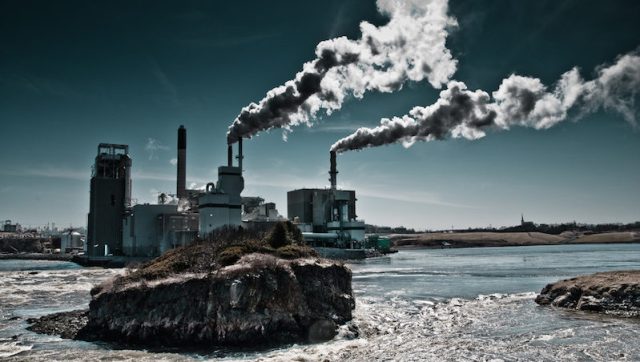 The draft of Environment Impact Assessment (EIA) 2020 proposed by the Ministry of Environment, Forest and Climate Change (MoEFCC) in March, will replace the last notification dating back to 2006.

This has raised a lot of concerns among people since its release because it is causing a damper, harming the biodiversity as well as climate believes environment based news portals like DownToEarth along with many activists.

Recently the central institute dedicated to the cause, CSIR-National Environmental Engineering Research Institute (NEERI) reviewed at least 200,000 comments received by the ministry on this draft environment impact assessment (EIA) notification 2020 and prepared a report.

Around a hundred environmental organizations and individuals wrote to Union environment minister Prakash Javadekar on Monday asking him to accept these suggestions.

They wrote an open letter to the minister after reviewing a CSIR-NEERI (Centre’s own research agency) report which concluded that the environment ministry should re-evaluate the draft EIA 2020 based on recommendations and excerpts of past reports of its own committees, judicial bodies, Comptroller and Auditor General of India (CAG).

The report informed, “It would be prudent to reconsider and re-evaluate the recommendations and excerpts from the reports of the committees chaired by Dr SR Wate in 2018-19 and Vishwanathan Anand in 2014 etc., clause-wise collated comments/suggestions by CSIR-NEERI as received from stakeholders, and other recommendations by the judiciary bodies, CAG, etc., which should be holistically analysed and brainstormed amongst peer groups, to suitably amend, clarify, detail out, and improve the present draft EIA 2020 notification, for the larger goal of enhanced environmental protection.”

The draft EIA 2020 had been in the news because of the large scale opposition to certain clauses in the draft which would make the process of getting environmental clearance very easy for factories and industries and weaken the strength of it to measure their violation.

The Delhi Police had sent a notice on July 8 to youth climate group Fridays for Future under sections of the Unlawful Activities Prevention Act (UAPA) for sending multiple emails to Javadekar against the draft EIA 2020.

However, later they clarified that sending that notice was a clerical error.

The ministry had tasked NEERI, its own organization in August to assess and review the objections and suggestions received on the draft EIA 2020 notification.

The CSIR-NEERI report states that the ministry has received a total of 2,042,157 online and offline comments on the draft. It categorized the emails with similar bodies together.

Moreover, the emails which were in regional languages were also translated into English.

The report stated that most emails were repetitive and a major part was clubbed into 62 distinct email bodies which were primarily driven by online social media campaigns.

According to the report, most numbers of objections falls into the following domain:

A report from the newspaper HT group states that RP Gupta, secretary, MoEFCC did not respond to calls and email query on whether the CSIR report has been accepted.

The letter emphasizes, “further, given that a large number of comments present objections to the draft which has been prepared by the ministry, it is desirable that the comments be examined by a group that is substantially different from the ministry, is independent and at an arm’s length from the ministry.”

Moreover, it adds, “stop backdoor implementation of draft EIA 2020”. This draft is just an amended form of the 2006 draft and not anything new, signatories said.

Kanchi Kohli, legal researcher at the Centre for Policy Research said, “Changes have been introduced to the environment clearance process on a monthly basis.

This is either through clarificatory orders or amendments without seeking public comments.

The opposition to the draft EIA 2020 has been responded to by keeping its finalisation on hold and introducing sector-specific relaxations… The environment ministry had committed to ‘utmost good faith’ and post-facto approvals in favour of project proponents when the TSR Subramanian committee’s recommendations were finalised in 2014.

New exemptions from the environment clearance process and lenient treatment of violators are also an outcome of this commitment.”

She further added, “Since the 1990s, the EIA notification was never designed to stop project approvals. Its enforcement required the application of science and democratic procedures like public hearings to arrive at environmentally viable and socially legitimate decisions.

This is an ask, that the environment ministry has always been politically resistant to deliver. What we see with the draft EIA 2020 is perhaps the worst manifestation of this resistance.”