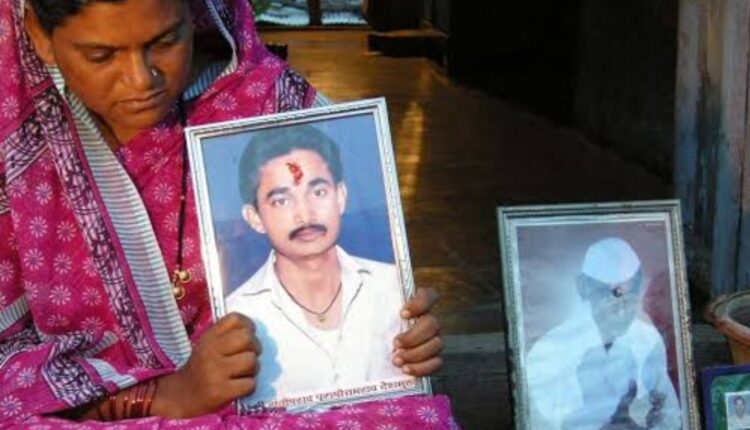 A story of courage, perseverance, and determination, led a single lady to get hold of her land, defying gender roles.

This is a story of Jyoti Deshmukh, who lives in Katiyar village of Akola district in Maharashtra. Her husband who was a cotton farmer killed himself due to financial repercussion. Because of financial instability, her father-in-law, as well as her brother-in-law, also took their lives.

She travelled a long path of ignorance and negligence, at one moment. She was also criticised by her community members on the basis that women of the Deshmukh household don’t go for farming, but she resisted against all these norms and stood firm in her approach.

She farmed all 29-acre land herself and made daily sustenance of her family.

During her initial days, she urged other farmers to help her with their tractors but got denied, then she made up her mind to purchase one and that’s what she did.

She got demotivated and disheartened many times, by convincing to sell her land and also got criticized by the society on the ground that women are supposed only to do household chores and not such red-collar jobs. Despite having obstacles, from inward as well as outward, she proved society wrong and set an example to millions.

She said, “No matter what we do, where we live, society will always have something awful to say. It’s better to not pay attention to them, rather we should focus on our work and principles.”

Now, she urged women in her village to do whatever they like and not to pay heed to what society says.

In a BBC interview, she tells us about the challenges she faced and how she overcomes them,

She goes on by saying, farming not only supported her living but also made her fearless in many aspects. Previously, she feared everyone, but farming led her to believe in herself and become fearless in her journey.

Her story not only motivates people to not give up but also teach them to be fearless in their approach and to stick to their dreams even when the whole world goes against you.

Wildfires in California rages out of control; Killed 33