Ahead of civic polls in Maharashtra, battle of perception intensifies over ‘loss’ of big-ticket projects to Gujarat 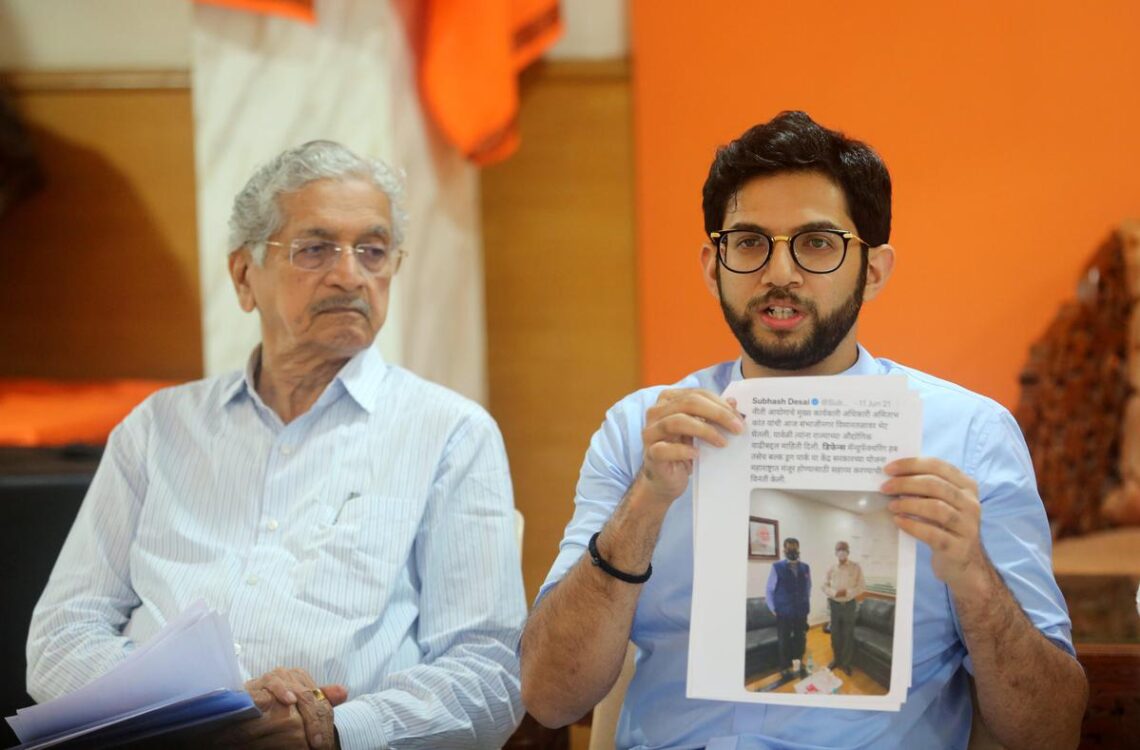 Ahead of the crucial civic polls in Maharashtra, the Opposition Maha Vikas Aghadi (MVA) seems to have put the ruling Eknath Shinde-Devendra Fadnavis government in a spot by raking up the issue of the alleged ‘flight’ of industrial investment and big-ticket projects to neighbouring Gujarat.

Ever since Thackeray family scion Aaditya Thackeray began targeting the ruling Shinde-Fadnavis dispensation in September for ‘losing’ the multi-billion-dollar Vedanta-Foxconn semiconductor project to neighbouring Gujarat, the litany of Opposition complaints about mega-projects ceded to the Prime Minister’s State has only been increasing.

At a press conference on Monday, the BJP leader presented documentary evidence, accusing the MVA of creating “a fake narrative” and asking how a newly-installed government could lose such mega-investment projects.

The youthful Mr. Thackeray hit back at Mr. Fadnavis with equally scrupulous “paper evidence” to prove that the progress which had been made by the former MVA government regarding the Vedanta-Foxconn and the Bulk Drugs Park project was apparently undercut after the formation of the Shinde-Fadnavis government.

The NCP and the Thackeray faction have also demanded how current State Industries Minister Uday Samant could claim an investment figure of ₹25,000 crore if the government was just three months old.

Regardless of the actual or notional loss, a perception has nonetheless been created among the public ahead of the civic polls that a government which seized power by toppling a non-BJP regime has failed to retain investment despite their party ruling at the Centre.

According to political observers, the rhetoric over the loss of investment, leading to loss of potential jobs for local youth could prove a potent trope for the high-stakes Brihanmumbai Municipal Corporation poll which is set to be an acid test for Uddhav Thackeray and his atrophied Sena faction.

Poll watchers say that the BMC contest is already being projected as a ‘Gujarati vs Marathi’ fight by the Thackeray faction.

“In this backdrop where perceptions hold the key, the ruling government must quickly come up with some big projects with a massive potential for local employment before the civic polls,” says Mumbai-based political analyst Vivek Bhavsar.

Just how potent the rhetoric of jobs being allegedly ‘lost’ to Gujarat became evident after Maharashtra Navnirman Sena (MNS) chief Raj Thackeray – who has inched ever closer to the BJP in all but name following his alignment with the ‘Hindutva’ ideology – criticised PM Modi for his alleged bias towards Gujarat.

The MNS chief said that the Prime Minister should treat all States equally rather than showing preference only for Gujarat.