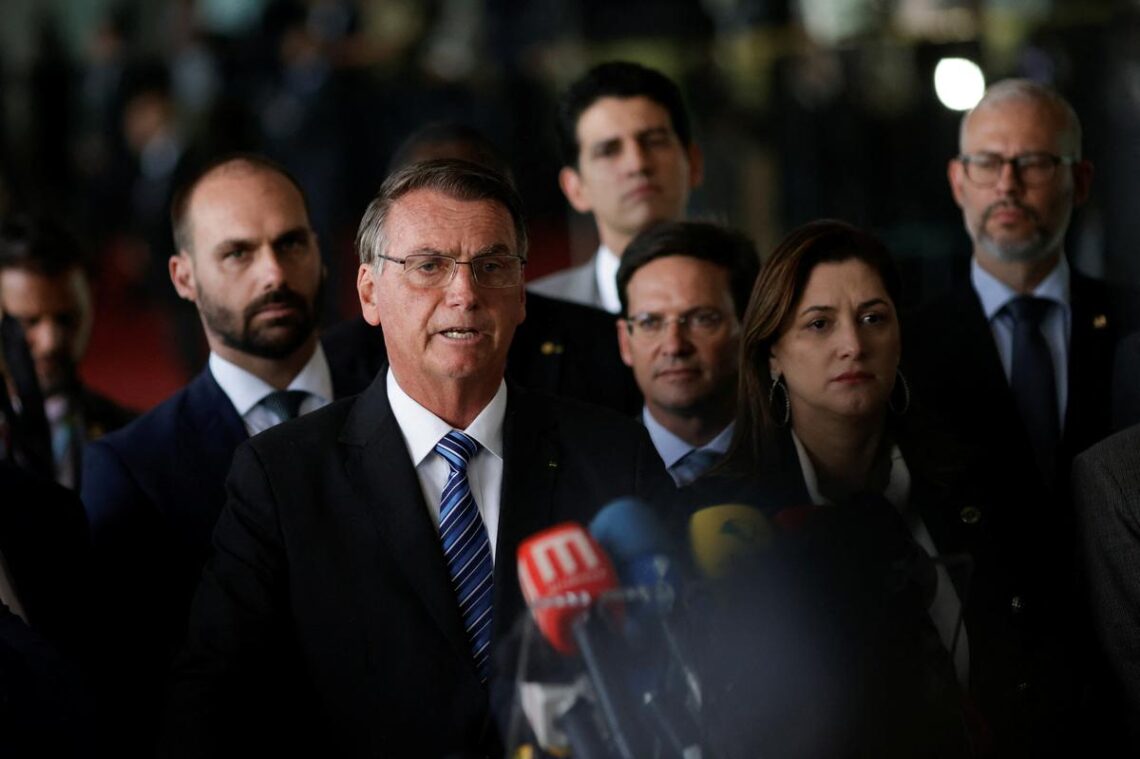 Brazilian President Jair Bolsonaro on November 1 did not concede the election he lost to leftist Lula da Silva in a brief speech that marked his first comments since results were released two days ago.

But afterward, Chief-of-Staff Ciro Nogueira told reporters that Mr. Bolsonaro has authorized him to begin the transition process.

Read : Analysis | How Lula made a comeback by beating a sitting President

Mr. Bolsonaro’s address didn’t mention election results, but he said he will continue to follow the rules of the nation’s constitution.

“I have always been labeled as anti-democratic and, unlike my accusers, I have always played within the four lines of the constitution,” Mr. Bolsonaro, flanked by more than a dozen ministers and allies, told reporters in the official residence in capital Brasilia.

Mr. Bolsonaro lost Sunday’s race by a thin margin, garnering 49.1% of the vote to Mr. da Silva’s 50.9%, according to the nation’s electoral authority. It was the tightest presidential race since Brazil’s return to democracy in 1985 and marks the first time Mr. Bolsonaro has lost an election in his 34-year political career, including seven races for a seat in Congress’ Lower House.

Much like former U.S. President Donald Trump, whom Mr. Bolsonaro openly admires, the far-right incumbent has repeatedly questioned the reliability of the country’s electoral system, claiming electronic voting machines are prone to fraud. He never provided any proof, even when ordered to do so by the electoral court.

That has led many political analysts to warn that Bolsonaro appeared to be laying the groundwork to reject election results.

In recent days, and without a public statement from Bolsonaro, truck drivers and other supporters of his blocked hundreds of roads across the country. Many said the election had been fraudulent and some called for military intervention and for Congress and the Supreme Court to be disbanded.