by Mantasha Naseem
in Entertainment, Infotainment, Listicles
Reading Time: 6 mins read
A A 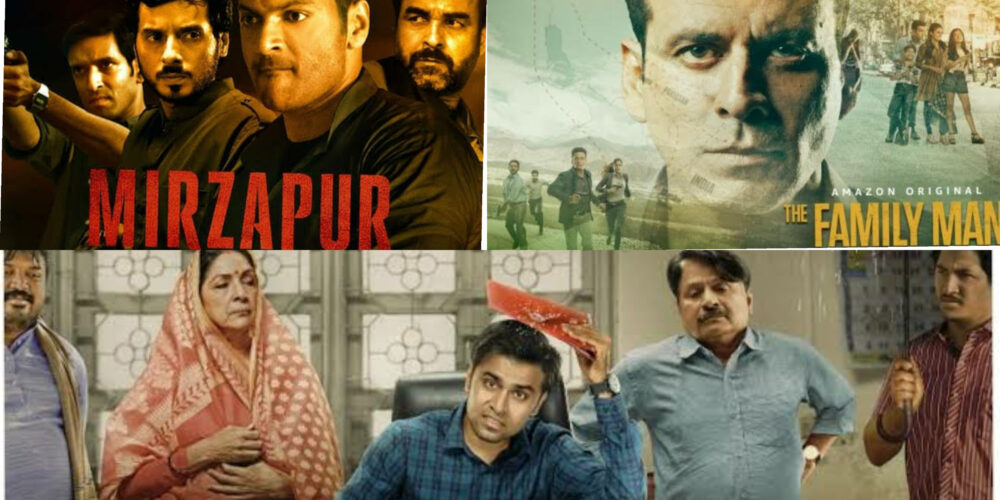 While Netflix comes up with more and better original programming, Amazon Prime has held its own in that branch. It had continued to add up to their offerings. In recent years it has come up with some of the great original shows, that have set the bar high when it comes to producing entertaining and essential content.
With so many unconditional outstanding series out there, and even more, are that great that you could stream, stream, stream all day long and still have a ton of good series left to binge. With that in mind, we hope you weren’t planning on doing anything profitable with the rest of your day.

we’ve put together a list of the Top 10 series on Amazon Prime Original Series, you should watch.

The Boys is an Amazon Original series that presents an irreverent take on the superhero genre. Providing a storyline opposite to conventional approaches, it highlights what happens when superheroes manipulate their powers instead of using them for good.
In a nutshell a group of anti-heroes keeping superheroes in check. The series is pessimistic and violent, but what differentiates ‘The Boys’ is its fascination with its identities’ uncertainties, compulsions, and human failings.
‘The boys’ is clearly the best series, in terms of superhero series, as it reflects society as it is, without any type of censorship.

Also read, The Boys Season 2: More Tangled And Dark Than Before!

The wannabe comedian Midge is back with the third season and her superb 50s set. Talking about the comedy we all have at least one favourite character, which makes us exclaim “hurrah”! That character brightens the scene with their presence, and their departure makes us crave for them even more!

The Amazon Prime series ‘The Marvelous Mrs Maisel’, however, has no such character but Mrs Maisel herself, stealing the limelight making her the soul of the show.

The feminist comedy-drama, set in the 1950s, is inspiring for all the woman in today’s world. The plot revolves around Miriam “Midge” Maisel a satisfied wife and mother whose whole life takes a U-turn when she finds out her unknown talent, i.e., stand-up comedy.

Right when Indian web series appeared to revolve around the crime-dramas and suspense, opposite to the name, came the comedy-drama ‘Panchayat’. A light-hearted, slow-paced drama, with a fantastic star cast and a brilliant script.
The storyline begins with a young engineering graduate who is juggling between preparing for the CAT examination and his job as a secretary at a gram panchayat in UP. Most of the youth of the country can relate to it but what makes it more interesting is the dry humour, the UP dialect and the simple-minded characters.

The show can make you once again believe in the saying, “Sometimes life gives you a second chance, or even two! Not always, but sometimes. It’s what you do with those second chances that count” -Dave Wilson.

“We’re going to die here. We’re going to be raped and die,” Fleabag’s sister says as the two women enter an unfamiliar house in an isolated area. “Every cloud—” Fleabag retorts.
That punch line, about rape which acts as a silver lining, is the kind of snappy comeback that most of us admire; like a dirty joke with a feminist essence, using surprise to cut through anxiety and anger. This is the speciality of the BBC original series “Fleabag,” starring the glamorous thirty-one-year-old British playwright and performer Phoebe Waller-Bridge, now available at Amazon Prime Video.

The series presents us with dark comedy, so relatable, honest, and humorous, all at the same time.

With the excellent performance of the brilliant artist, Manoj Bajpayee the series turns out to be one of the finest spy drama series. The plot revolves around the life of the middle-class man life and his struggle between his professional and personal life.
‘The Family Man’, is an action-drama series, which portrays a story of a middle-class man who specializes in a job for the National Investigation Agency. While he tries to defend the nation from terrorists, he also has to take care of his family from the impact of his high-pressure, secretive job.

“Shuru majboori mein kiye the…Ab maza aa raha hai.” – Guddu Pandit. Intriguing much?
Talking about the top series of the Amazon Prime Video, how can we leave Mirzapur behind?
Much like the succulent meat that a paralyzed patriarch enjoys in the show’s pilot, Mirzapur is convincing on a visceral level, especially for those who are crime thriller suckers.

Set in the hinterland of North India, Mirzapur outlines the journey of two brothers, Guddu and Bablu. As they get entangled in the world of a local don, Kaleen Bhaiyya, with desi backdrop, acts as a cherry on the cake.

Words can’t justify the significance of the series. Still, it almost feels like, they took parts of the story from ‘Gangs of Wasseypur’ and ‘Game of Thrones’ and combined them together, presenting us with our very own desi version of ‘The red wedding.’

For all Maddy fans out there! This series should be your go-to! The series is a treat to eyes, with excellent content and entertainment. Once again, Amazon has proven it’s worth against Netflix.
‘Breathe’, starring R Madhavan in the lead role, is only the second Indian live-action series produced by the Amazon Prime Video, to be nearly followed by Netflix’s first, ‘Sacred Games’.
The series ‘Breathe’ is a crime drama where a similar scope is given to the emotionalism. The series shows a potential relationship between father and kid, which can be seen as unrealistic and unconvincing at times.

Also read, Breathe- A Beautiful Look Into The Shadows

‘Bosch’, Amazon’s first original and longest-running series. Adopted from the novels ‘The Concrete Blonde’ and ‘The Burning Room’.
In this police drama, the harsh Los Angeles homicide detective Harry Bosch follows the killer of a 13-year-old boy while undergoing trial himself on murder charges. The clenching crime-drama that has been renewed for its seventh and final season.

The insane, low-key and likeable, Amazon Prime new series ‘Patriot’ will leave you wondering where it’s going, until you discover that you’re already in to go along for the ride. Defining the show’s beliefs won’t do the show justice, as it balances the absurdity with pathos and also because the acting is so good. However, the show was discontinued after two seasons.

Following the recent trends such as #MeToo and Section 377, Zoya Akhtar and Reema Kagti has made a show that shows the true colours of a patriarchal rich society.
After decades of undergoing regressive daily soaps on Indian television, we finally have a show that reverses everything we’ve seen on Indian TV. And gives a powerful remark about the vulgar exposition of power and wealth and its junction with gender, and class to segment together with a flawless feminist masterpiece.

Series with their IMDB ratings

So which series you like the most, or you have anything else on your mind, lets us know by leaving feedback in the comment section.
Happy watching 🙂

Moore’s law: The law that defined Silicon Valley for over 50 years is Dying, so what’s next?