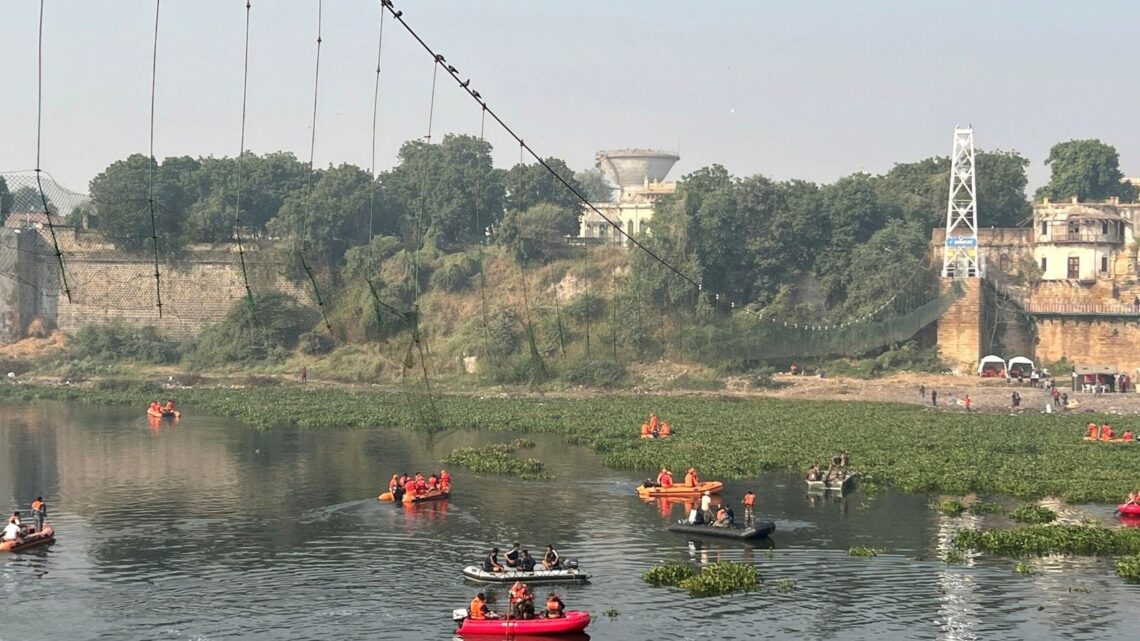 
Morbi bridge collapse tragedy, in which 135 people lost their lives, was an “act of God” (Bhagwan ki ichcha), one of the arrested accused told the court as per the Additional Public Prosecutor of the case. Advocate HS Panchal further revealed that as per the Forensic Science Laboratory (FSL) report the cable wires of the structure were not in the condition to be reopened for the public and were “rusting away”.

Deepak Parekh, a manager of the Oreva company and accused in the case, made the comments in court. Police on Monday arrested nine persons, including four from the Oreva group that was managing the suspension bridge, and filed a case against firms tasked with the maintenance and operation of the British-era structure.

News agency ANI quoted Additional Public Prosecutor Panchal as saying, “One of the two arrested managers of Oreva company told the court that it is an ‘Act of God’.” As per the FIR registered in the case, it is a case of ‘criminal negligence’, and not an ‘act of god’.

“In the FSL report, the Investigating Officer said that the cable was rusting away. The officer says that only flooring of the bridge was done and the cables were not changed, oiling-greasing also was not done,” Panchal was quoted as saying.

Earlier in the day, civic bodies in Ahmedabad and Surat held condolence meetings as Gujarat observed state-wide mourning to pay homage to the victims. Chief Minister Bhupendra Patel was also present at the condolence meet.

Flags were flown at half-mast at the state secretariat in Gandhinagar and other Gujarat government offices. All official and entertainment programs were cancelled.

The decision to observe the state-wide mourning was taken on Monday in a meeting chaired by Prime Minister Narendra Modi to review the situation after the tragedy.

On Tuesday, PM Modi called for a “detailed and extensive” inquiry into the Morbi bridge collapse incident and said its key learnings must be implemented at the earliest. He had visited the collapse site and a local hospital where the injured have been admitted.

Video footage emerged of the moments before Sunday evening’s deadly collapse, showing the bridge snapping in a few seconds, taking down scores of visitors seen walking on the swaying structure which had reopened four days ago after extensive repair but sans a fitness certificate.

(with inputs from PTI)