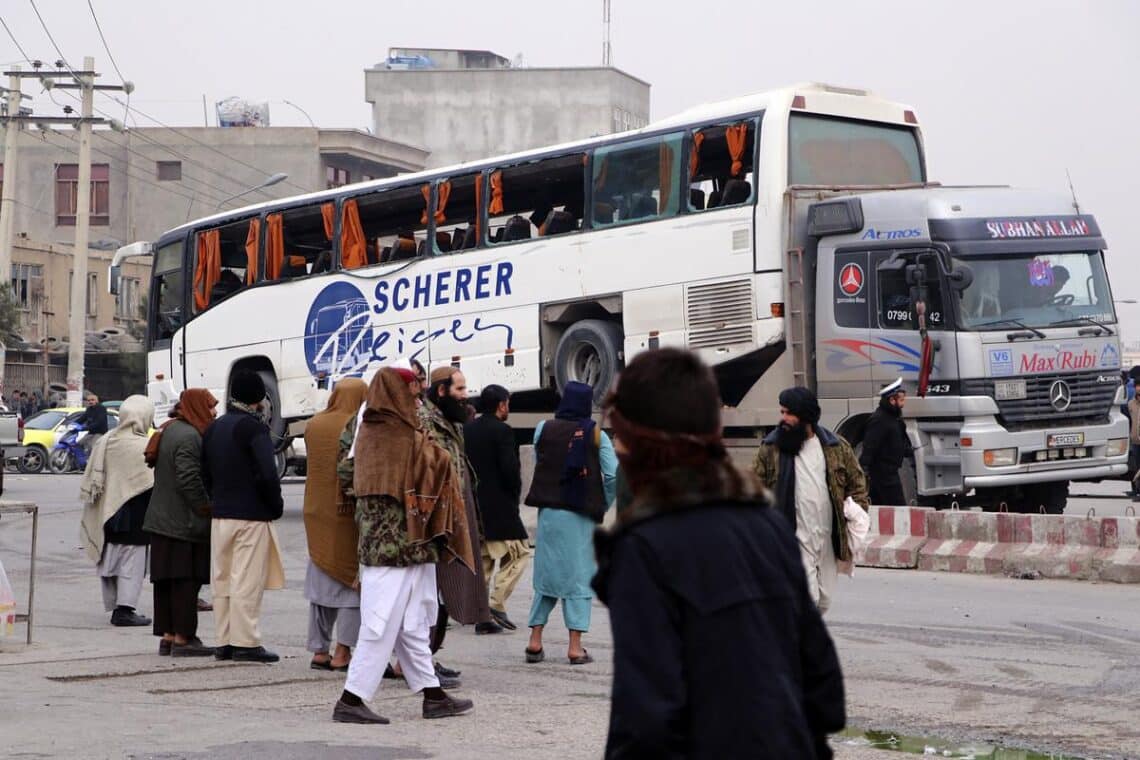 At least seven people were killed on Tuesday, Decembe 6, 2022, when a blast hit a vehicle carrying oil workers in northern Afghanistan, police said.

“Today at around 7 a.m. a blast took place in … Balkh on a bus which belonged to Hairatan oil employees,” said Mohammad Asif Wazeri, police spokesperson for northern province of Balkh, adding that at least six people were wounded in the bombing that occured Mazar-e Sharif, the provincial capital,

The cause of the blast was not immediately clear. Mr. Wazeri said police were investigating and searching for a culprit.

Balkh province is home to one of Afghanistan’s main dry ports in the town of Hairatan, near the border with Uzbekistan, which has rail and road links to Central Asia.

It was not clear who the employees on the bus worked for.