Badhaai Do Review: A Family Entertainer With A Powerful Story

The pandemic has made all of us habitual to watching films on OTT platforms. So, who will take all that trouble to watch a movie in Cinemas? Wondering the same? We have a review ready for you guys about the movie to help you decide whether it is a good choice to spend your weekend with or not. 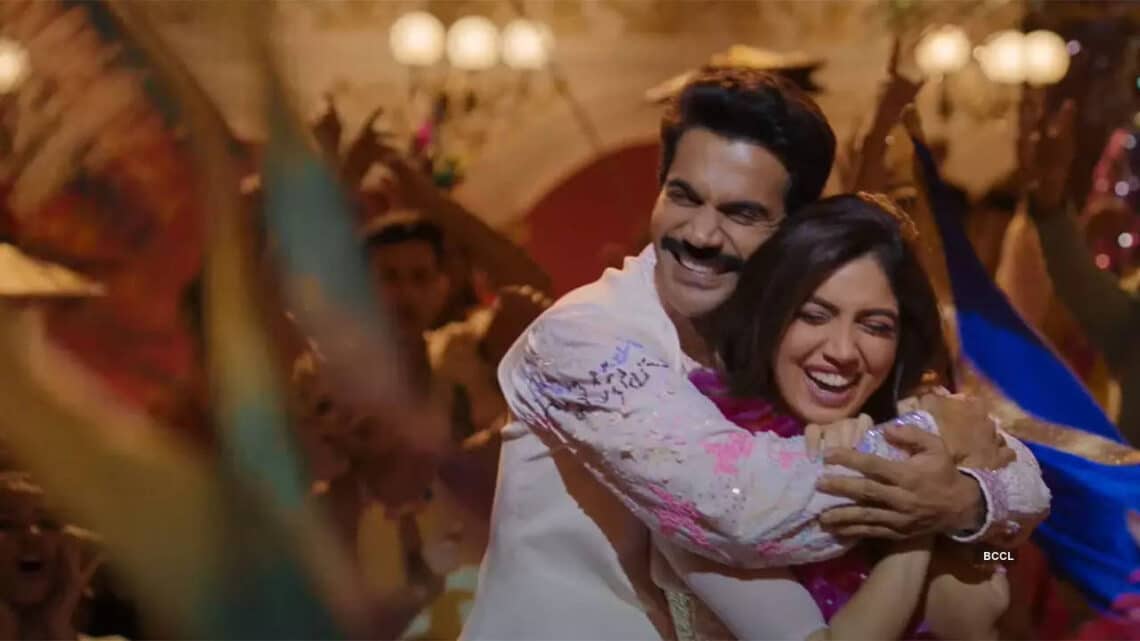 Badhaai Do told you a lot about itself through its trailer– you know there is going to be a lot of comedy and humour but somewhere along the way you will learn a strong message. On top of that, it sounds so similar to Badhaai Ho and you are right in your guess.

Bollywood’s technique of blending entertainment with subjects that are often brushed under the carpet is performing really well. Shubh Mangal Savdhaan, Badhaai Ho, Mimi, Bala, etc. are some examples.

Directed by Harshavardhan Kulkarni, Badhaai Do serves as a spiritual sequel to Badhaai Ho. Similar to that film, you will have full entertainment and comedy which is a unique characteristic of our Hindi films and especially when you have Rajkummar Rao, Bhumi Padnekar, Seema Pahwa (yes, from Shubh Mangal Saavdhan and Bareilly ki Barfi) and Sheeba Chaddha, who also starred in Badhaai Ho, you know you are in for a treat!

So, we began the review with the cast and the ensemble cast gave an extraordinary performance. Rajkummar Rao takes the role of Shardul Thakur who is a sub-inspector, currently posted in a women’s police station in Dehradun. The setting of the film plays an essential role in connecting the message of the film to a small town where the concept of lesbian and gay isn’t even heard, let alone practised.

Suman Singh played by Bhumi Padnekar, is a PT teacher in a school and both the lead characters are in their thirties and obviously have the societal pressure to get married soon.

Shardul’s aunt and his widowed mother are desperately trying to find a partner for him and Suman’s mother is busy doing the same while also shaming her job for not earning her enough money. But Shardul and Suman are not your regular adults who reject the notion of marriage because it’s mainstream and one day fall in love at first sight. Shardul is gay, Suman is lesbian.

They meet and decide to enter into a “lavender marriage” or basically a marriage that helps them to conceal their real sexual identity. A clever plan for sure, but one that won’t work with the nosy society.

Nevertheless, they keep up with the disguise but things go out of control when Suman meets Rimjhim, a pathology lab assistant, and falls for her. Rimjhim moves in with them– but neighbours worry about our problems more than us and Shardul lives in a police colony. The façade of being happily married seems harder to be maintained as the deputy superintendent lives right beneath them.

Humour is the main tool the film uses and even in serious moments, it sticks to its light-heartedness. The songs are mostly around love but not in a way that they attempt to break gay-lesbian prejudices but maintain the normality of love along the way.