The new Netflix original series, Bhaag Beanie Bhaag starring Swara Bhaskar, Varun Thakur and Dolly Singh is the story every Indian girl wants to be hers. After all taking up your passion as your profession is a privilege denied to most.

by Mahvish Fatima
in Entertainment
Reading Time: 3 mins read
A A 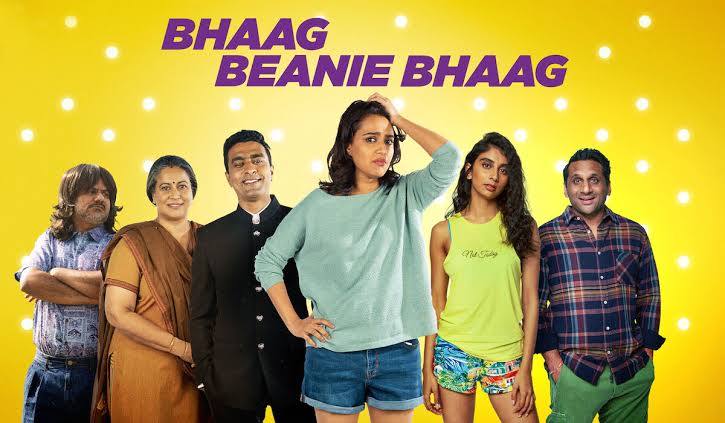 Lately Netflix has been releasing a lot of binge worthy content and owing to the pandemic we can all spare the time and literally chill with Netflix. The latest release is the original series “Bhaag Beanie Bhaag” with Swara Bhaskar in the lead role. The six episode series also stars stand-up comedian Varun Thakur and social media influencer and content creator Dolly Singh in important roles.

The story revolves around the life of Beanie Bhatnagar who like any other brown girl has lived up to her parents dreams and is leading a life what most people in the society would call “perfect”. She’s an MBA graduate and has a secure job. She gets little time in between her work hours to find herself a performing spot in the various stand up comedy clubs. She has a best friend, Kapi Kapadia (Dolly Singh) who supports her through every thick and thin. And she has a loving, caring, sweet boyfriend, Arun Kalra (Varun Thakur).

So her life has everything her parents ever wanted her to have. But she has certain aspirations she never openly speaks about, like a typical Indian girl brought up with the right values and a lot of stereotypes. Beanie’s life however, takes a sharp turn when her Arun suddenly proposes to her for marriage and everybody rushes into planning her life 10 years from now. Everyone, but herself.

Ever since her childhood Beanie wanted to be a stand-up comedian. But how do you convince your traditional, going by the book of conventional professions, kind of parents that you want to crack jokes for a living. You don’t. So doesn’t Beanie. But when things are rushing too fast for her to keep up with the flow, she backs off.

She calls her engagement off, quits her job, fights with her parents all for her passion, but that very day when she turns a rebel, she fails miserably at the open mic. So with no home, no job, no love to support, she’s living off of her friend’s couch, surviving one open mic at a time.

The story of Bhaag Beanie Bhaag is every brown girl’s dream ever. Turning a rebel, chasing your dreams, doing what you love the most and not caring what everybody else thinks. Bhaag Beanie Bhaag is a binge worthy show that’s funny in bits and pieces, but to call it a show entirely based on the life of an aspiring stand-up comic would be wrong.

This story would have been equally entertaining had Beanie’s passion been anything else. For a show that talks for stand up comedy, it lacked a lot of things. A good stand-up set for starters. The show is funny enough to leave you in a happy mood but if you are planning to watch it mainly because it involves stand-up comedy, you might want to rethink.

For a show that stresses on one particular form of comedy, it lacked a lot of it. The jokes do fall flat at times but there really wasn’t a hard hitting punch lime either. Swara Bhaskar could be seen as a natural while she’s performing but the writing of the show especially the stand-up bits needed more.

To look at it as a show just for a light weekend watch, it is very entertaining. Seeing Varun Thakur and Dolly Singh playing characters on the screen was also very refreshing. Mona Ambegaonkar (Mrs. Shruti Bhatnagar) and Girish Kulkarni (Mr. Vasant Bhatnagar) are a great addition to the cast.

They have their moments which crack you up. Playing typical Indian parents, they say things we will all find relatable. Another character to look forward to is Ravi (Ravi Patel) an NRI hailing down from LA. Beanie runs into him at an open mic and how their lives entwine is a sweet yet basic track.

All in all, Bhaag Beanie Bhaag lacked well knit writing, as a lot could have been done with such a stellar cast. But if you would like to spend three hours in something that leaves you with a smile, you should definitely go for it.